Indonesia has long been the principal beneficiary of Australian aid, getting $542m this year

IN the aftermath of the destruction wrought by Typhoon Haiyan, the world's second largest economy, China, has said it will stump up $2 million in emergency aid for The Philippines - less than the $2.7m promised by Swedish furniture chain Ikea. By contrast, Australia has pledged $28m, a figure that makes us, yet again, the No 1 country when it comes to helping out with natural calamities in our region - ahead of the US on $20m, Japan's $10m and a host of other countries and institutions including the Asian Development Bank, the World Bank, the EU, Germany and Britain. 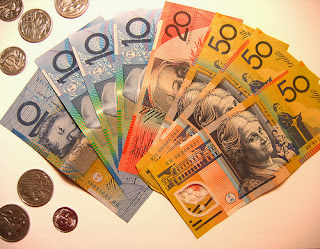 It was the same after the 2004 Boxing Day tsunami that devastated communities in Indonesia and other countries in the Indian Ocean region: Sri Lanka, India, the Maldives, Thailand, Myanmar, Malaysia, Somalia, Tanzania, Seychelles, Bangladesh and Kenya. Our response exceeded that of all other countries, providing $68m in immediate humanitarian assistance and reconstruction funds. For Indonesia we went much further, with the Howard government launching the $1 billion Australia-Indonesia Partnership for Reconstruction and Development plan, the biggest single aid project undertaken by Australia, which did much to assist Indonesia's recovery.

Leaders across the region would do well not to forget Australia's record in successive crises as they line up to condemn us over the spying allegations leaked by disaffected US intelligence agency contractor Edward Snowden from the refuge Russian President Vladimir Putin has provided him in Moscow. Beyond a couple of aircraft carrying medical supplies, there is no sign of much assistance from Moscow in the aftermath of Haiyan. Like the Chinese, the Russians are invariably found wanting when it comes to providing help.

Indonesia has long been the principal beneficiary of Australian aid, getting $542m this year. Beyond that was the help we provided after events such as the Bali bombings, when assistance was rushed in, and a holidaying future prime minister, Tony Abbott, pitched in at a local hospital in 2005. Our generosity in successive humanitarian crises is something we can all take pride in as we face vituperative attacks over the spying allegations. It is what we are about as a nation. In their own interests, our neighbours should recognise it.
The Australian