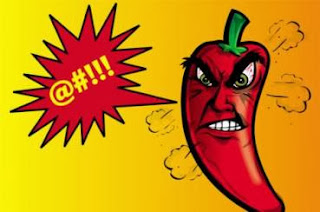 Australia can look with some satisfaction at how the relationship with Indonesia has recovered since the nadir of 1999, when Australia led the international intervention force into East Timor. It took the trauma of the Bali bombings, the Jakarta bombings and the Indian Ocean tsunami to rebuild bilateral ties with Australia. These ties were rebuilt through a concerted effort by Australia and its various government agencies.

At a recent meeting in Darwin between Australians and Indonesians under the auspices of the Australian arm of the Conference for Security Cooperation in Asia and the Pacific (AUS-CSCAP), academics, journalists and officials considered the implications of the restored ties and options for addressing additional matters that may arise into the future.

The group observed that the Australian response to the events from 2002–05 set the scene for Australia to sign the Lombok Treaty with Indonesia in 2006. In turn, the Lombok Treaty paved the way for enhanced bilateral security arrangements between Australia and Indonesia. Today, bilateral security ties range from high-level defence and foreign ministers talks to student exchanges and scholarships.

In seeking to address the conundrum of irregular boat arrivals — an issue that is far more of a priority for Australia than it is for Indonesia — Australia has drawn extensively on the networks that have developed through diplomatic, defence, police, customs and other links with Indonesia. As Australia looks to address these and other regional security concerns more holistically and effectively, and as Indonesia becomes more prosperous and powerful, Australia’s efforts to enhance its relationship with Indonesia have become all the more important.

Despite the growing importance of Indonesia to Australia, there is little public awareness or understanding of the depth and breadth of the ties between Indonesia and Australia today. For policy insiders, the strength and utility of these ties suggests there also may be benefit in considering whether these arrangements could be the basis for wider initiatives in cooperation: for instance by seeking to extend these arrangements to include some other close Australian security partners such as Malaysia, Singapore and New Zealand as well as ASEAN partner countries.

Australia has long established ties with Malaysia, Singapore and New Zealand through the FPDA. These FPDAs were generated half a century ago following the period of armed confrontation, at which time Indonesia was still seen, albeit remotely, as a potential threat. Today, Malaysia or Singapore no longer have cause for deep concerns about Indonesia’s intentions. Not surprisingly therefore, while the FPDA has evolved and now addresses some residual security concerns pertaining particularly to Malaysia and Singapore, Indonesia is not interested in joining.
How can the underlying concept of the FPDA be taken further to address today’s regional security concerns?

There is enduring utility in maintaining the FPDAs; they provide an excellent forum for multilateral security engagement that can help bolster regional security and stability. Australian Defence Force personnel gain considerable benefit from training opportunities in Malaysia and Singapore and all participants benefit from the networking opportunities and the cross-cultural exposure which helps build mutual understanding and enhances the regional security ‘fabric’. Malaysia and Singapore also benefit from having a venue for collaboration that involves other trusted Commonwealth partners including Australia and New Zealand.

Australia certainly has a range of mutual security concerns affecting Malaysia, Singapore and Indonesia as well as New Zealand — and these mutual concerns point to the utility of formulating an arrangement that encourages a shared approach to them being addressed.

As the countries of Southeast Asia think about security cooperation down the road, Indonesia will be key. So far Australia has had to maintain separate lines of engagement with Indonesia and with the FPDA countries as these arrangements invoke a history that is distasteful to Indonesia.

Given Indonesia’s concerns for its status, its history and also its attachment to the notion of being non-aligned, the FPDA cannot form the basis for an expanded network including Australia and Indonesia. Indonesia also has a legitimate aversion to formal defence ties. But while the FPDA may not be directly adaptable (colonial linkages too obvious, and its anti-Indonesian character too clearly remembered), Malaysia, Singapore and Indonesia may wish to consider the utility of a broader arrangement with Australia and New Zealand.

From Australia’s perspective, there is a growing need to work with Indonesia, Australia’s most important neighbouring security partner, to formulate a new arrangement to address concerns more comprehensively, enabling the coordination of efforts with those undertaken alongside Malaysia and Singapore as well. Beyond the bilateral Lombok Treaty and the multilateral FPDA, however, there appears to be a need for another sub-regional geographic grouping to facilitate archipelagic security cooperation. One way to facilitate the desired cooperation across the countries belonging to or linked to the archipelago is to formulate a security arrangement, or security cooperation forum, which includes not just Australia and Indonesia, but Malaysia, Singapore and New Zealand as well other neighbours that might be interested in joining.

Manis is the Indonesian word for sweet. It also could be an acronym for several of the key archipelagic security partners — Malaysia, Australia, New Zealand, Indonesia and Singapore. A MANIS Regional Security Cooperation Forum, for instance, would not need to make redundant the FPDA or the Lombok Treaty. Instead it could have overlapping areas of interest and engagement that capitalise on the investment Australia and others have made in Indonesia, Malaysia and Singapore. There would be scope for other ASEAN countries and Timor Leste to participate as well, recognising that participation would have to be open-ended. Such a forum may offer an acceptable way through for Australia and Indonesia to reach beyond the bilateral arrangements to a multilateral regional security forum that assists in harmoniously managing the security challenges of today and into the future.

As the Abbott government seeks to place an emphasis on ‘more Jakarta and less Geneva’, there is scope for Australia to approach its important neighbours to explore such a proposal. With a growing range of security matters of mutual concern and the inability of other regional forums to address security concerns in a timely and concrete manner, Australia should seek to engage Indonesia as well as Malaysia and Singapore on this concept. Australia could invite them and other interested regional security partners to consider joining hands to develop and implement this proposal for the mutual benefit of all concerned.
John Blaxland is Senior Fellow at the Strategic and Defence Studies Centre, the Australian National University.