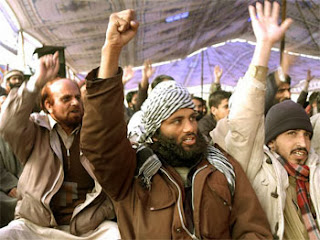 In October, as Muslims observed the holy festival of Eid-ul-Adha, Pakistani terrorist groups made profits. People are encouraged to make ‘religious donations’, which often make their way to terror outfits like Lashkar-e-Taiba and its front organisation Jamaat-ud-Dawa. Terrorist groups in Pakistan use Eid to connect with people and take advantage of their religious sentiment, and government authorities often make no effort to stop the transactions, despite the fact that donations to terrorists are officially banned 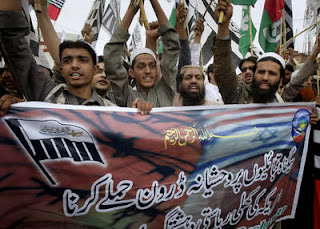 Through these activities terror groups gain resources for attacks and for social programs that are attractive to the common people. A recent report suggested, for example, that in the Model Town area of Lahore, Lashkar-e-Taiba affiliates are planning to launch a free public transport service.
Pakistan’s attitude to terror groups could be described as almost two-faced. On the one hand, terrorists are criminalised; on the other, the Pakistani government provides them with support.
The attitude of the international community, by contrast, is not in doubt. On December 11, 2008, following the 26/11 attacks in Mumbai, the United Nations Security Council declared Jamaat-ud-Dawa to be a terrorist group as part of Resolution 1267, which is also known as the Al Qaeda and Taliban Sanctions Committee. Under the same resolution the Security Council listed two groups — Al Akhtar Trust and Al Rashid Trust — as financing Lashkar-e-Taiba. 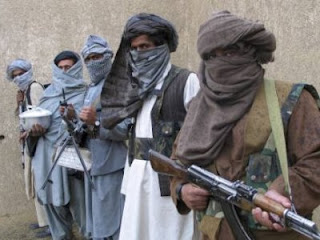 Pakistan reportedly took similar action that same day, and it has taken some steps to criminalise terror funding — but little has come of it. The Anti-Terrorism (Amendment) Bill 2013 creates offences relating to financing of terror, and empowers government authorities to take action against elements involved in financing. It also provides, among other things, for the confiscation of property owned by those involved in such activities. These are all worthwhile measures. But the bill stays on paper — it doesn’t get enforced.

The problem is that Pakistan’s government can appear duplicitous when it comes to terror control. The Pakistan Muslim League-led Punjab state government continues to provide financial support to Jamaat-ud-Dawa for ‘welfare’ activities, announcing a grant-in-aid of PKR61.35 million for the administrator of the group’s training camp Markaz-e-Taiba in its budget for the fiscal year 2013–14. The budget also includes an allocation of PKR350 million for a knowledge park at Muridkey and various other development initiatives across Punjab. Earlier, in 2009–10, the federal government provided more than PKR80.2 million for the administration of Jamaat-ud-Dawa facilities. And in 2010–11 two separate grants of PKR79.8 million were given to six organisations at Markaz-e-Taiba and a special grant-in-aid of PKR3 million was awarded to Jamaat-ud-Dawa’s Al-Dawa School System in seven districts of Punjab.

In order to appease and legitimise its non-state actors, the government is shelling out its own resources, which in turn will be used against it. The appeasement, therefore, is counterproductive, but Pakistan has a long legacy of consecutive governments that have willingly or unwillingly appeased terrorists in order to survive in the short term.

What’s more, Pakistan’s inability to control terror activities damages its international reputation. The world’s leading financial standards body, Financial Action Task Force, declared in June that Pakistan and 11 other countries have failed to make sufficient progress in preventing money laundering and terrorist financing. This complex web of illegal financial transactions needs to be taken seriously. Pakistan must restrict and disown regional terror activities, as the country itself is internally crippled and has been one of the worst victims of terrorist violence. It may be that, finally, Pakistan has reached a point of no return in terms of terror regulation.