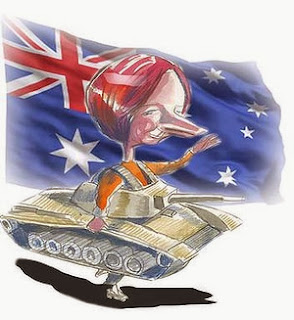 (These events occurred during the Rudd/Gillard Prime Ministerial period)

Indonesia recalled its ambassador to Australia on Monday over claims the nation’s intelligence agency spied on President Susilo Bambang Yudhoyono and his inner circle, intercepting phone calls between the president and members of his family and staff in the latest spying allegation to test ties between the two nations.

Foreign Minister Marty Natalegawa offered an infuriated response to the allegations on Monday, calling this latest spying scandal an “unfriendly act” that would require a “measured” response from Jakarta. It was the latest diplomatic scandal to rattle relations between the neighboring countries after disputes over Australia’s hard-line asylum-seeker policies and allegations that Australian diplomats were involved in a global US-led spying network prompted harsh words from Jakarta. 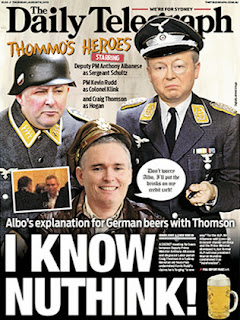 “I desperately need an explanation as to why private conversations between the president and the first lady are important for Australia’s national security,” Marty said in a press conference at the Ministry of Foreign Affairs in Central Jakarta. ”We are not satisfied with the dismissive explanations from Australia.”

Australia’s intelligence agency, the Defense Signals Directorate, reportedly tracked Yudhoyono’s activity on his mobile phone for 15 days in August 2009, intercepting at least one phone call, when former prime minister Kevin Rudd (Labor) was in power, according to secret documents leaked by US whistleblower Edward Snowden and reported by the Australian Broadcasting Corporation and the Guardian’s Australia edition on Monday.

One of the documents, titled “3G impact and update,” listed several Indonesian leaders as targets for mobile phone tapping efforts, according to reports by ABC. Yudhoyono and his wife were among those targeted. The list also included Vice President Boediono, former vice president Jusuf Kalla and several members of government ministries.

One of the names on the list, former minister for state-owned enterprises Sofyan Djalil, told Agence France-Presse ”we are not happy,” but added “diplomatic relations always have their ups and downs. This has caused anger in the short term, but in the long term we are still neighbors and I think we will overcome this.”

Indonesian ambassador to Australia Nadjib Riphat Kesoema will be recalled to Jakarta for “consultations” as Indonesia mulls the possibility of a harsher response to the allegations. The country could reduce embassy staff and suspend an important information-sharing agreement that provided law enforcement in both nations with intelligence data on people-smuggling operations and possible terrorist threats.

“The ball is in Australia’s court… and an apology would be useful,” Marty said. “Nowadays I would like to think that it is possible to be decent [by not spying] on an international stage.”
Australian Prime Minister Tony Abbott was questioned about this second spying revelation in parliament on Monday, and would not answer specific questions on the allegations. He would only speak generally about Australia’s intelligence aims.

“The Australian government uses all the resources at its disposal, including information, to help our friends and our allies, not to harm them,” Abbott said.

“The Ministry of Political, Legal and Security Affairs, through the Foreign Affairs Ministry, will contact Julie Bishop to tell her that this issue will bring a negative impact to Indonesia and Australia’s bilateral relationship,” Djoko said. “We want Australia to officially and publicly explain [their actions] and make a commitment that they will not do this again.”

A trove of classified documents released by Snowden has tested international relations since the former US National Security Agency (NSA) contractor proved that the US ran a global surveillance network targeting everyone from civilians to German Chancellor Angela Merkel’s cell phone.

Indonesian officials have expressed anger and concern over the spying allegations as evidence mounted on Monday. But Boediono, in an interview on ABC’s “Newsline,” attempted to downplay the issue on Sunday, explaining that the nations would remain committed to mending ties.

“It’s normal for next-door neighbors to have problems,” the vice president said. “I think Australians and Indonesians are quite committed to the long-term interests of both countries.”