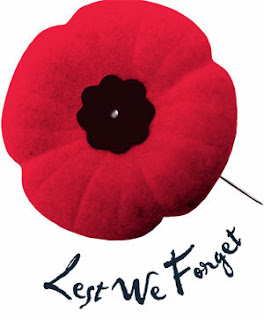 Remembrance Day: the symbolism of the poppy flower
On the 11th hour of the 11th day of the 11th month, British Commonwealth citizens are asked to pause in memory of the thousands of men and women who sacrificed their lives in military service. Aussies, Kiwis, Canadians, Brits are amongst those who can also be seen wearing poppies on their lapels on what is known as Remembrance Day.

The first poppies were distributed in 1921. This practice was inspired by a poem written by a Canadian soldier. During the Battle of Ypres in 1915, Canadian Lt.-Col. John McCrae wrote the poem In Flanders Fields on seeing poppies growing beside a grave of a close friend who had died in battle. The poem inspired not only Canada, but also other countries such as Australia, the United States, France and Britain to adopt the poppy as the flower of remembrance.

Today, the volunteer donations from the distribution of millions of poppies go toward supporting ex-servicemen and women.