One would be naïve to believe that Indonesia does not spy on its neighbours also! Indonesia Intelligence and Security Agencies 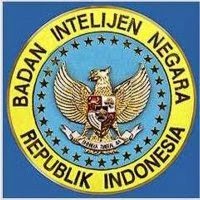 One would be naïve to believe that Indonesia does not spy on its neighbours also!
Indonesia Intelligence and Security Agencies
Badan Intelijen Negara (BIN) Republik Indonesia
State Intelligence Agency of the Republic of Indonesia
Badan Intelijen Negara, (State Intelligence Agency), commonly referred to as BIN, is Indonesia's primary intelligence agency. Prior to 2001, it was known as Bakin (Badan Koordinasi Intelijen Negara - State Intelligence Coordinating Agency); its name was changed as part of a general restructuring of the agency.[1] BIN is responsible both for coordinating information sharing and operations between Indonesia's other intelligence agencies and for mounting operations on its own.
At the time of its name change in 2001, BIN's role in coordinating was deemphasized, but, in the wake of the 2002 Bali bombing, that aspect of the agency's operations was the subject of renewed focus as part of an all-around expansion of the agency's budget and operations.[2]
BIN has been the subject of criticism from human rights groups for its treatment of dissidents and human rights advocates in Indonesia.[3]
The agency is currently headed by Lieutenant General Marciano Norman, as of October 19, 2011;[4] led before by Sutanto from October 21, 2009 to October 19, 2011, Syamsir Siregar from 2004 to 2009, and led by Abdullah Mahmud Hendropriyono from 2001 to 2004.[5]
CHECK OUT THE BIOs OF THE FOLLOWING HOLDING POSITIONS AT THE INDONESIAN EMBASSY IN CANBERRA AUSTRALIA