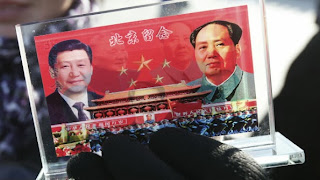 IN CHINA’S state-controlled media it is being called a new blueprint for reform, a reform manifesto, even “reform 2.0”. Such descriptions may be a little overblown, but the Communist Party has indeed produced its most wide-ranging and reform-tinged proposals for economic and social change in many years. The “Decision on Major Issues Concerning Comprehensively Deepening Reforms”, as the document made public on November 15th is called (here, in Chinese), is likely to prompt a surge of experimentation in everything from trading rural land to the freeing of controls on interest rates. Barriers to migration will be further broken down and the one-child policy relaxed. A widely resented system of extra-judicial detention, known as laojiao (re-education through labour), will be scrapped.

The party is so enthused by the document that it broke with normal practice and published it just three days after it had been approved at a closed-door plenum in Beijing of its 370-strong Central Committee. It is normally a week or longer before the full contents of plenum resolutions are released (the public, in the meantime, having to make do with a much briefer and vaguer communiqué). The purpose of this hiatus is to ensure that the party’s more than 80m members have a chance to digest the document first. In this case leaders probably reckoned that speculation about the resolution’s contents was so high that it would seem odd to say nothing for so long. (The meeting was the third plenum in the party’s five-year cycle of such conclaves, and since the late 1970s third plenums have often been big agenda-setting occasions.) Some analysts had started wondering whether the paucity of reform proposals in the initial communiqué meant that President Xi Jinping (pictured left, alongside Mao Zedong, in a souvenir on sale in Tiananmen Square) had got cold feet.

To judge from a deluge of reformist talk in the media since the full resolution was published, the party’s propaganda apparatus appears eager to quash such speculation. In the past, speeches given by leaders at plenums have not been released. This time, however, Mr Xi’s remarks to the gathering (here, in Chinese) about the importance of the resolution were made public along with the document itself. As Beijing Youth News reports (here, in Chinese), equivalent speeches at previous third-plenums dealing with reform had been given by lower-ranking leaders. Mr Xi is clearly signalling that he is taking personal charge of the reform process. (In his speech, he said that he had led the team responsible for drafting the resolution, a task that began seven months ago.) This gives the document added import. It is likely he will take charge of a new “leading small group” responsible for coordinating reforms (there are rumours that the party chief of Shanghai, Han Zheng, might be redeployed to Beijing to help him).

Mr Xi’s speech is larded with reformist phraseology. He quoted Deng Xiaoping’s warning in 1992 of a “dead end” if the country failed to reform and improve living standards. (He made no mention of Mao Zedong, despite having shown a proclivity for Maoist rhetoric in many of his other recent speeches.) Mr Xi was blunt about the challenges China faces: a mode of development that is “unbalanced, uncoordinated and unsustainable” (though he is by no means the first Chinese leader to have said that); an increase in “social contradictions”; and a “severe” struggle to contain corruption. Public expectations of reform were “high”, he said. “We absolutely must not waver”. Mr Xi said it was impossible that all reforms proceed smoothly, without risk: “Things that we have to do, we have to do with courage.”

More details of what Mr Xi has in mind are likely to emerge in the weeks ahead. Party and government leaders will hold another meeting in December to decide an economic strategy for the coming year. A similar meeting devoted to rural issues will be held later in the month. The rhetoric is very positive. But Mr Xi will have to battle a deep resistance to change among state-owned enterprises, local governments, and even an urban middle class that likes his notion of “social fairness” but does not want to see its own privileges eroded by the granting of equal access to health care and education to migrants from the countryside. As the resolution rightly said, reforms have entered “deep water”. ‘The Economist’