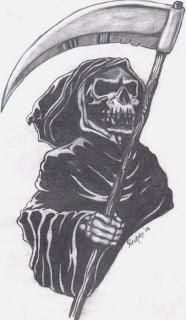 South Korea's JoongAng Ilbo newspaper reported that the co-ordinated public executions took place in seven separate cities earlier this month. In one case, the local authorities rounded up 10,000 people, including children, and forced them to watch, it reported

Those put to death were found guilty by the state of minor misdemeanours, including watching videos of South Korean television programs or possessing a Bible.

Sources told the paper that witnesses saw eight people tied to stakes in the Shinpoong Stadium, in Kangwon Province, before having sacks placed over their heads and being executed by soldiers firing machine guns. ''I heard from the residents that they watched in terror as the corpses were so riddled by machine-gun fire that they were hard to identify afterwards,'' a source said.
Advertisement
Relatives and friends of the victims were reportedly sent to prison camps, a tactic that North Korea frequently uses to dissuade anyone from breaking the law.

''Reports on public executions across the country would be certain to have a chilling effect on the rest of the people,'' Daniel Pinkston, a North Korea analyst with the International Crisis Group in Seoul, said.

''All these people want to do is to survive and for their families to survive. The incentives for not breaking the law are very clear now.''

The mass executions could signal a broader crackdown on any hints of discontent among the population - and even rival groups in Pyongyang - against the rule of Kim Jong-un, who came to power after the death of his father in December 2011.

In a new report, the Rand Corporation think-tank claims that Mr Kim survived an assassination attempt and that his personal security has since been stepped up dramatically. The report concurs with South Korean intelligence sources that stated in March that a faction within the North Korean army had been involved in an attempt on Mr Kim's life in November last year.
Telegraph, London