Thailand to become the Germany of Asia? 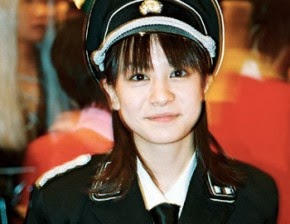 Is Thailand poised to become the Germany of Asia — a rich, export-driven manufacturing powerhouse and regional logistics hub?

At first thought, the notion strikes as somewhat preposterous. But deeper consideration — and allowance for the Asian context — lends not just credibility to the possibility, but a likelihood of it eventuating.

The prime factors underpinning Germany’s economic success are its strong manufacturing base (particularly automotive), industrious workforce and fortunate geography enabled by first-rate infrastructure. Thailand already has most of these characteristics, albeit at a different stage of development. The Thai government is now moving in a very deliberate, some might say strategic, way to fill in a missing piece of the equation — infrastructure.

Thailand’s central regional location — much like Germany’s in Europe — is of enormous value. Located at the heart of mainland Southeast Asia, Thailand is a natural point of convergence for economic flows across the entire 600 million ASEAN market. Draw a larger circle around Thailand and it takes in North and East Asia (most notably China, Japan, Taiwan and Korea), much of South and West Asia (India in particular) and parts of the Pacific including Australia.
Like Germany, Thailand is a globally important — and prolific — manufacturer. Official statistics show there are over 380,000 manufacturing enterprises in Thailand, ranging from micro businesses to major multinationals. There are 38 dedicated industrial estates dotted throughout the country, covering an area of 44,878 acres. Its auto industry has grown exponentially. Output is set to rise to 3 million vehicles this year. Considering Thailand delivered just 400,000 units in 2000, it could soon rival Germany’s yearly average production of 5.5 million.

Whereas Germany’s national success owes much to its conscientious and productive workforce, Thailand too has an advantage in human capital. Thais are highly capable, loyal and committed employees. Thai metal fabricators, for example, are widely regarded as amongst the best in the world. Two Thai metal specialists played a central role in the historic 2010 rescue of workers trapped in a Chilean mine for 69 days. Thai engineers are also in extremely high demand across Asia.

Thailand has over 150 higher education institutions with around 2 million students. More than 18,000 engineers and approximately 87,000 general science and technology scholars graduate annually. Thailand also has the second-highest tertiary school enrolment levels in ASEAN, just after Singapore. And, while the education system has received some well-earned criticism, the Thai government is committed to improving its quality and thus further boosting the competitiveness of its labour force.

The Thai government is now moving decisively to fully capitalise on its Asian hub potential. In January this year, Thai Prime Minister Yingluck Shinawatra announced a massive 2 trillion Baht (US$64 billion) government investment in infrastructure. The grand plan encompasses a range of projects including high-speed trains, conventional rail, expansion of Bangkok’s metro rail and investment in seaports, as well as new and upgraded customs checkpoints along Thailand’s borders.

Much of the infrastructure investment aims to address deficiencies in Thailand’s domestic connectivity, particularly its ailing rail network. Secondary roads are too often logistics choke-points and also demand attention.

Thailand’s leaders have a keen eye on the big picture. The infrastructure spend will plug Thailand directly into the regional arteries that are part of the Master Plan of ASEAN Connectivity — a lesser known but expertly detailed (and potentially transformational) component of the ASEAN Economic Community. As well as expanded access to Thailand’s surrounding markets, Thailand’s infrastructure investment would super-charge its status as a vital gateway from China to the rest of Southeast Asia. It would be a milestone step in Thailand becoming the intersection point that connects an expanded north–south logistics route with a newly created east–west corridor that traverses Myanmar and funnels outward into South and West Asia.

As Thailand’s infrastructure vision moves closer to reality, sceptics will rightly question whether the Thais can deliver. Infrastructure projects in the Kingdom have a notorious track record of corruption-fuelled price premiums, delays and even cancellations. But they have an even better record of success. The controversial Suvarnabhumi airport now serves more passengers than Singapore’s Changi, for example.

Of course Thailand could never be a carbon copy of Germany. Like all nations, it operates according to its own unique cultural, social and political norms. But it would be a mistake to discount Thailand’s role as a manufacturing and logistic epicentre in Asia, in a similar way that Germany is to Europe. And if the comparison between Germany and Thailand seems fanciful, it would be worthwhile recalling that Thailand’s prowess in the automotive industry has seen it earn the nickname ‘the Detroit of the East’. Just ten or so years ago, that notion would have seemed ridiculous to many.

Mark Carroll is Executive Director and Janna De Vos is Communications and Research Coordinator at the Australian–Thai Chamber of Commerce, Bangkok.