The Limits of China’s Surveillance State 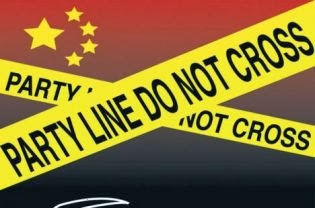 Violence in Xinjiang appears to be worsening significantly, despite Beijing’s large commitment of money and manpower to build a comprehensive surveillance apparatus intended to preempt social disorder. China now spends at least $111 billion per year nationwide on internal security – nearly as much as its reported 2013 military budget of approximately $114 billion.

Yet 2013 has been among the most violent years in the past decade in Xinjiang, with some data showing that at least 189 people – mostly Uyghurs – have been killed in violent confrontations with government forces since March, with many others left injured. More disturbingly, Xinjiang’s troubles seem to be metastasizing into other parts of China, a dynamic the authorities have worked hard to prevent.

On October 28, an SUV driven by a Uyghur man and containing two members of his family rammed into a crowd at Tiananmen Square, killing two tourists. The vehicle’s occupants then lit themselves on fire. The Tiananmen suicide attack and the rising tide of violence in Xinjiang itself suggest that in the face of determined adversaries, China’s well-manned and generously funded surveillance systems and repressive apparatus are not nearly as effective at preempting unrest as Beijing would like them to be.

Indeed, the fact that the Party stripped the senior military commander for Xinjiang, Gen. Peng Yong, of his position in the regional party’s Standing Committee less than a week after the Tiananmen attack suggests Beijing believes a senior official had to be sacrificed for significant security failures. Gen. Peng’s position was likely already weak due to the turmoil that has afflicted Xinjiang for much of this year.

Before delving into the strategic implications of surveillance limitations, let us take a quick look at what the parameters of the system look like today. China now may employ as many as two million Internet watchers to aid official censors. On the physical side, China has an ominously national program called “Skynet” (a name that will no doubt disconcert fans of the Terminator movies) that aims to increase the number and capabilities of surveillance cameras.

Beijing itself is leading the way. For those walking or driving in Beijing (and a growing number of other Chinese cities), the operative phrase increasingly is “smile, you’re on camera.” Beijing now reportedly has at least 800,000 CCTV cameras, according to Wu Hequan, Secretary General of the Chinese Academy of Engineering. As such, in each Tiananmen Square-sized block (roughly 270 meters by 380 meters), one can expect to find an average of 60 CCTV cameras.

In practice, strategic portions of the city – main streets, government sites, and landmarks like Tiananmen Square – will have much higher surveillance camera densities. So the Uyghurs who drove into the Square and self-immolated most likely passed hundreds of cameras, if not more, in the final kilometers of their journey. Yet despite running this gauntlet of cameras, web watchers, phone taps and police on the street, they were not discovered until they had entered one of the CPC’s most important sites, run down sightseers, and lit their SUV – a white Mercedes Benz – on fire. If the car had been carrying explosives or struck a more crowded part of town, things could have been much worse.By Gabe Collins for “The Diplomat”