Thailand - The Cresting of Thaksinism? 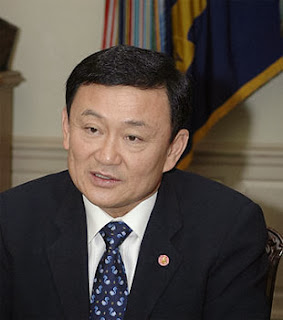 
The Thai Senate’s decisive 141-0 vote Monday killing the Pheu Thai Party’s blanket amnesty bill, which would have absolved everybody of political guilt going back to 2004 and cleared the way for the return of Thaksin Shinawatra from exile, is an indication of how badly the former prime minister has misjudged Thailand’s political temperature.

Thailand had been sailing along relatively peacefully since 2011 elections brought Pheu Thai to power with a 252 vote majority and a strong coalition of other parties in the 500-member lower house of parliament. Today it is unknown how much the failed bill may cost Thaksin and his party.

Just weeks ago, it appeared that Thaksin’s sister Yingluck had managed the country’s politics skillfully enough to pilot the government through to the next election in 2016 and, with the opposition Democrats in continuing disarray, possibly to form a continuing dynasty for years to come. Those hopes have now been dashed.

With noisy street demonstrations continuing despite the failure of the amnesty measure, it is starting to appear that the public has woken up. Nine members of the opposition Democrat Party led by former deputy prime minister Suthep Thaugsuban, who resigned his position in parliament, today called for a three-day general strike starting tomorrow for both the public and private sector, demanding that businesses delay paying taxes, that Thai flags be flown throughout the country, and in one particularly delicious tactic, urging citizens to blow whistles at the sight of Prime Minister Yingluck Shinawatra and Pheu Thai ministers.

The Democrats, who have been largely quiescent since their drubbing in the 2011 elections, in September said they would change their tactics and take to the streets, a vow that has been largely ignored until now, when citizen anger has boiled over in their favor. The disjointed urban elites who have opposed Thaksin from the start have coalesced around the issue. Three protest groups—the Anti-Thaksin Coalition, the People’s Democratic Force to Overthrow Thaksinism and the Dhamma Army – some of them the remnants of the People’s Alliance for Democracy – have reawakened their ambitions to bring down the government.

While the Pheu Thai majority in Parliament means that could be an empty threat, it may well be that the Thaksin phenomenon has now crested on its own with the humiliating defeat of the bill and the people in the streets baying for political blood. The Thaksin era began in 2001 with the telecommunications magnate’s ascension to become Thailand’s prime minister and has continued even through the 2006 coup that pushed him from power and the court case that has kept him a fugitive from the law on charges of abuse of power.

It won’t happen right away. Still enormously popular in Thailand’s poverty-stricken northeast because of his populist social programs, Thaksin jockeyed his politically inexperienced sister into position to act as his surrogate and installed his top advisors to run her government.

However, even the most astute politician runs into trouble taking the political temperature from 4,900 kilometers away. As Thitinan Pongsudhirak, director of the Institute of Security and International Studies at Chulalongkorn University wrote last week:

“Thaksin Shinawatra has achieved a feat undoable by other Thais. By trying to absolve himself of a criminal conviction and other alleged crimes and infractions, Thaksin has united his rank-and-file supporters and opponents. What is now considered a radioactive blanket amnesty bill designed to get him off the hook by exonerating others has closed the gaps among all colors in structurally polarized Thailand. For diametrically different reasons, all of the reds, yellows, multi-colors, and all other stripes are squarely opposed to the amnesty bill, which has reached the Senate after passing the Lower House.”

The outrage stems from the fact that the bill would absolve everybody including former Prime Minister Abhisit Vejjajiva and his deputy, Suthep Thaugsuban, for ordering troops to break up a two-month demonstration in the middle of Bangkok, as well as Gen. Prayuth Chan-Ocha, who ordered the troops to open fire on protests.

But it also has its roots in the fact that Thaksin apparently believed his party could ramrod the bill through the lower house of parliament in a 17-hour marathon that ended at 5:30 in the morning last Friday, then get the Senate to ratify it. In the end, the Senate read the streets better than Thaksin could from the other side of the earth. The measure generated an instant backlash from all sides, with the potential to undermine justice as it did and to strengthen the culture of impunity that has kept a long string of politicians out of jail in Thailand for decades.

The Democrats had been considered a spent force, as was the People’s Alliance for Democracy, the Yellow Shirts who brought Bangkok to a stop, occupying airports and the Parliament in the latter part of the last decade to seek to drive Thaksin surrogate governments from power. Now these anti-government forces have descended onto Bangkok’s streets by the thousands.
“The weird thing is why would he do it?” asked a longtime political observer in Bangkok. “I think they will just retreat for now, as they did last year after it failed previously. He was actually playing his cards quite well up to then.”

The palace, the source said, at this point with the ailing King Bhumibol Adulyadej and his equally ill wife, Sirikit, has little interest in pushing Thaksin aside completely, and Yingluck has made a strong effort to get along with the military, acquiescing to hefty budget increases for military equipment and allowing the promotions of a flock of generals in an already-over-generaled army.
Forcing a dissolution of Parliament, however, probably means Pheu Thai’s electoral strength is such that the party returns to power in any election.

“The Democrats still won’t win an election into the foreseeable future,” the political observer said. The party, he said, has its own internal problems that would require a complete housecleaning that looks unlikely for now. The Red Shirts, while they were on the streets because they wanted Abhisit and Suthep punished, weren’t led by the most prominent members of the United Front for Democracy against Dictatorship, who have remained on the sidelines.

What is certain, however, is that Thaksin has ensured that by alienating so many forces, he isn’t going to be allowed back into the country unless he actually puts on prison stripes and spends the two years in jail that he was sentenced to in 2008. As Napoleon's chief of police, Joseph Fouchésaid of the execution by mistake of Louis Antoine, Duke of Enghien (1772-1804). “It was worse than a crime, it was a blunder.” ‘Asia Sentinel’