Spy scandal 'punishment' out of proportion to crime 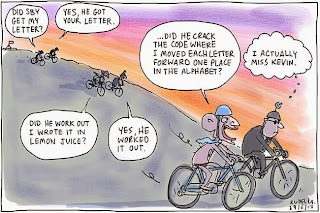 IF the rules of diplomacy were not so rigid, Tony Abbott must wish he could pen a brutally honest reply to his Indonesian counterpart Susilo Bambang Yudhoyono over this week's spy scandal

He might be tempted to point out the gulf between what Indonesia said and what it did when it came to spying on Australia. He might be tempted to suggest that no country could safely claim the high moral ground when it came to eavesdropping on the secrets of the other. And he might remind the President of the rich tradition of countries digesting embarrassing spy scandals without derailing broader relations. In the spirit of honesty, Abbott also might admit that Australia's Defence Signals Directorate (now called the Australian Signals Directorate) went a step too far when it tried to tap the phone of the President's wife but that this issue was hardly worth a retaliation that put lives at risk.