Why Indonesia is so touchy about borders 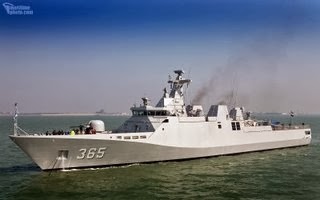 After all, the maritime boundary between our countries is just an imagined line on the water. Despite modern satellite location technology, it must be extraordinarily difficult for ships charged with dealing with asylum-seeker boats to avoid crossing it. The admission this week that our navy has done this was therefore almost inevitable.

Regardless of Canberra's spin to the contrary, Indonesia has repeatedly and consistently stated for the past 12 months that it was unhappy with Australia turning boats back into its waters.
Whatever its rights and wrongs, the Indonesian position has long been clear. It is unlikely to change now, given the suspension of co-operation on people smuggling, military and intelligence matters after the revelations that Australia tapped the mobile phones of President Susilo Bambang Yudhoyono, his wife and members of their inner circle. Indonesia will not accept the Australian navy crossing the border without its prior consent.

Indonesia has always been extremely sensitive about its maritime sovereignty. It is an archipelago of more than 17,400 islands, with one of the longest coastlines in the world.

Clearly, Indonesia needs a large and well-equipped navy and air force to ensure the integrity of its borders but, paradoxically, it has neither. Its long-running neglect of these services dates back decades. It can be traced, in part, to the army's view that they were aligned with the left in the 1960s and thus ideologically suspect.

In any case, the navy and air force have been underfunded and poorly equipped since then - even by comparison with its army, which, on a per capita basis, is one of the smallest and most poorly funded in Asia. On its own assessment, the Indonesian navy probably only has about 25 working, seaworthy ships available for operations at any one time and it has no coastguard.
Indonesia's obvious strategic sea defence weakness is one reason it has been so reluctant a partner with Australia in our efforts to stop people smuggling. It simply lacks the practical capacity to do much about it.

This all means that, for Jakarta, a political response to any perceived threat to the integrity of its sea borders is often its first and last line of defence.

Professor Tim Lindsey is director of the Centre for Indonesian Law, Islam and Society at the University of Melbourne.