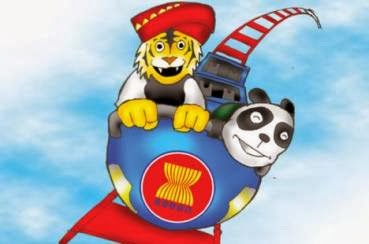 From Thai turmoil to ASEAN integration, it promises to be an interesting year for the region

As we move into 2014, it is useful not only to reflect on what happened in 2013, but to project what some of the key developments in 2014 might be. As I did last year, I have attempted to articulate the top 10 trends in Southeast Asia to watch for during the rest of the year.

1. What will the “great power” game in Southeast Asia look like? While Southeast Asian leaders publicly insist that they prefer good relations with all major powers, the competitive dynamics of regional engagement are a reality that few would contest, not least between the United States and China. In 2013, U.S. President Barack Obama’s last-minute decision to cancel his Asia trip in November amid the government shutdown paved the way for skeptics to question America’s commitment to the region and for Beijing to steal the show (though I’ve argued that this narrative is overly simplistic). In 2014, questions about the sustainability of the U.S. pivot to Asia, including the future of the Trans-Pacific Partnership (TPP), will continue to linger, and worries about the future direction of China’s new regional strategy unveiled late last year are likely to remain.

2. Continuity or change in the South China Sea? As I said in last year’s list, it’s difficult to exclude the South China Sea from a list of this sort. Prospects for a rules-based solution to contentious disputes remain dim given China’s recent documented foot-dragging on a code of conduct with ASEAN, as well as its “punishment” of the Philippines for trying to resolve the issue through the United Nations, a process which will move forward with a formal statement submission by Manila in March despite Beijing’s refusal to participate. China’s deployment of its aircraft carrier the Liaoning into the South China Sea recently, along with the setting up of an air defense identification zone (ADIZ) over the East China Sea (which some believe could be replicated in the South China Sea in 2014), suggest there is good reason to expect more sporadic saber-rattling or verbal sparring could be on the cards in 2014.

3. How will Southeast Asian economies fare? 2013 ended on a negative note for Southeast Asian economies as the Asian Development Bank (ADB) slightly lowered its regional growth forecast for 2014 to 5.2 percent due to the devastating typhoon that hit the Philippines and continued political turmoil in Thailand. While the 2014 outlook will hinge partly on trends within the region, developments in major economies will also loom large, such as the pace of the recovery in Europe, reduced monetary stimulus in the United States, and potential growth challenges in India, China and Japan.

4. Whither regional integration? Aside from economic performance, as we move closer to 2015, observers may grow increasingly nervous about whether ASEAN can achieve its goal of regional economic integration by the end of 2015. Beyond the deadline per se, the ADB recently warned of significant constraints to realizing the so-called ASEAN Economic Community (AEC) itself, including the fact that only 55 percent of businesses interviewed in the region were even aware of it along with other obstacles like contrasting government regulations and inadequate infrastructure. Failure to move in the right direction on this in 2014 could dent the hopes of those who see ASEAN as the hub for broader regional integration in East Asia as well as a unified economic force in the longer term.

5. Can ASEAN progress on human rights? While Southeast Asia is no stranger to human rights abuses, there has been some notable, albeit glacial progress in this field at the regional level with the establishment of the ASEAN Intergovernmental Commission on Human Rights (AICHR) in 2009. This year will bring the first five-year review of the body’s terms of reference, and rights groups have urged ASEAN member states to ensure that the body has a stronger mandate and engages civil society organizations in a more robust manner. It will be a marker for how seriously governments in the region view human rights.

6. Will ASEAN and Australia walk the walk? ASEAN conducts annual meetings with 10 key countries it calls “dialogue partners.” While the anniversaries of these dialogue partnerships are often accompanied by the usual pomp and circumstance, they also sometimes serve as opportunities to move key relationships forward, as they did for ASEAN and Japan in 2013 and ASEAN and India in 2012. Will we see something similar with ASEAN’s oldest dialogue partner Australia in 2014 as the two sides commemorate 40 years of ties?

7. Can Myanmar reform and lead? Turning to individual countries, Myanmar already faces daunting challenges on its path to reform. Next year’s calendar will be packed with key domestic events, including its first major population census in two decades and preparations for elections scheduled for 2015. But 2014 will also require Naypyidaw to juggle domestic reforms with regional leadership as Myanmar assumes the rotating annual chairmanship of the Association of Southeast Asian Nations (ASEAN) for the first time since it joined the organization in 1997. While the country has had some time to plan for this, the sheer logistics of hosting hundreds of meetings will not be easy, not to mention handling knotty issues like the South China Sea.

8. What will elections in Indonesia bring? Indonesia, Southeast Asia’s largest economy and the world’s third largest democracy, will hold both parliamentary and presidential elections in April and July 2014 respectively. After a decade under President Susilo Bambang Yudhoyono’s stewardship, the world will be watching closely to see who will emerge as Indonesia’s next leader as it is a key emerging economy which plays an important leadership role in Southeast Asia. Recent polls suggest that the clear frontrunner is Jakarta governor Joko Widodo, aka Jokowi, although he is yet to officially declare his intention to run.

9. Will Thailand resolve its political turmoil? Another round of Thailand’s all-too-familiar partisan politics has been playing out on the streets of Bangkok over the last several weeks, with tens of thousands of demonstrators led by former deputy prime minister Suthep Thaugsuban threatening to unseat Prime Minister Yingluck Shinawatra, the sister of the controversial and now exiled ex-prime minister Thaksin Shinawatra who was deposed in a 2006 military coup. There are already worries that the current turmoil could extend up to February 2014, and that the fresh election to be held then may not even occur or will be postponed. And even close observers of Thai politics fear that another military coup or escalating political violence could result if this continues with no end in sight.

10. What will the endgame in Cambodia be? While such turmoil is commonplace in Thailand, neighboring Cambodia has seen unprecedented protests with tens of thousands of people marching through the streets and demanding that their authoritarian prime minister Hun Sen quit after more than three decades in power. The protests come after Hun Sen’s party claimed victory in July 2013 elections and proceeded to form a government despite concerns by the opposition (and some independent monitoring organizations) that the elections were deeply flawed. The protests have recently expanded to include workers from the country’s garment industry, its biggest export earner. While few expect the tough Hun Sen to give in without a fight after governing for so long with an iron fist, sustained, peaceful protests of this scale will require some sort of resolution should they continue unabated.

While this list is far from comprehensive, it does get at some of the key things to watch for in Southeast Asia during an exciting year. From country-specific developments to region-wide ones, in the fields of security, economics, or even human rights, 2014 will be an interesting one for those watching.

Prashanth Parameswaran is a PhD candidate in international relations at the Fletcher School of Law and Diplomacy at Tufts University and a non-resident WSD-Handa fellow at CSIS Pacific Forum.