Indonesia: Lessons for the World 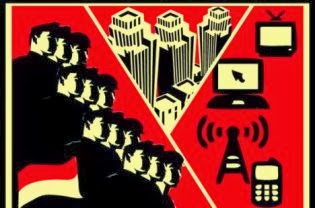 While the country faces multiple challenges, it is important to remember how far it has come

The year 2014 will be a pivotal year for Indonesia; one in which the political baton will be handed over. Both the nation’s highest offices will have new occupants: the House of Representatives (DPR) and the presidency. Indonesia will begin a new chapter in its history.

The new custodians of Indonesia’s future will face many challenges. Recent months have brought a chorus of criticism as the economy slowed, the rupiah slid, and government policy appeared to lose direction. Commentators have poured scorn on the country’s economic outlook and questioned whether it deserves its status as one of the world’s hottest emerging markets.

Everyone knows the challenges; Indonesia needs to push ahead with reforms if it is to move up the economic ladder. Certainly, the country does need to do more to stay competitive, but the tremendous strides it has made should not be forgotten. Just consider where Indonesia was a little more than a decade ago.

In fact, looking at Indonesia’s recent domestic accomplishments, what the country has achieved is nothing short of outstanding. After the fall of Suharto’s New Order regime in 1998, many analysts predicted that the country was standing at the end of a precipice, posed to tear itself apart in much the same way as the terrible ethnic conflicts that ravaged the former Yugoslavia.

Without a doubt, this was a distinct possibility. With a vast sprawling archipelago of more than 17,000 islands; hundreds of ethnic and linguistic groups, speaking over 300 unique local languages; multiple religious sects; and a huge population, estimated at just over 200 million in 1998, keeping sectarian and ethnic conflict at bay would be a challenge at the best of times. Yet during this tumultuous time, Indonesia was facing political and economic instability, sparking armed separatist rebellions in Aceh and Papua, and secession from Indonesia by the East Timorese in 1999. National disintegration and large-scale ethnic conflict were more likely than not.

Yet Indonesia managed to navigate its way through this turbulence, emerging as a multi-party democracy with a directly elected president in 2004. The country reformed its institutions, rapidly decentralized its governance structure, and came out the other side with its sovereignty intact. A remarkable feat to say the least. Today, democratic institutions and political stability reassure consumers and attract investors; the streets of Jakarta look a lot more attractive than the streets of Bangkok right now.

Indonesia’s experience offers some lessons for the rest of the world. Indonesia has proven that a vast country comprising a dizzying array of ethnicities, cultures and religious sects can live side-by-side in one nation state. Bhinneka Tunggal Ika, or “Unity in Diversity” is more than just a national motto; it is an underlying principle that has shaped the country. Indonesia has just celebrated Christmas with all of its modern excess and extravagant decor in a Muslim majority country; a celebration of diversity and tolerance, and a true reflection of modern Indonesian values. Don’t let the extremist or the intolerant fool you. These are a mere handful in a vibrant and friendly country of close to 250 million people.

Indonesia’s recent experience demonstrates to the newly enfranchised countries of the Arab Spring that democracy and Islam are mutually compatible in a predominantly Muslim country, with a complex dynamic of ethnic groups. This ought to give hope to countries in Central Asia, the Middle East and North Africa currently experiencing economic instability, political turmoil and military rule.

Today, Indonesia is one of the most energetic economies in Asia, attracting investors from around the world into a rapidly growing consumer market; this continues despite the slowdown. Growth has slowed but is still strong at around 5.6 percent. Despite the negativity of some commentators, this is still the second-fastest growth rate after China in the G20 group of major economies.

There has also been much recent controversy over proposed changes to Indonesia’ mining laws; natural resources are undoubtedly important, but Indonesia’s economy is more than just natural resources. Today, the country is characterized by an increasingly dynamic economy and a growing middle class. These middle and affluent classes are likely to double to more than 141 million people over the next seven years, according to the Boston Consulting Group. Young, enterprising, self-reliant and ambitious, Indonesia’s middle class is pushing the economy forward. From banking, to tourism, to entertainment, food and retail, Indonesia’s service sector is driving growth and employment, while contributing to around roughly half of total economic output. Indonesia’ economy has come a long way since 1997 and has undergone a remarkable turnaround.

During the Asian financial crisis of 1997-1998, Indonesia was crippled as its banking sector collapsed and the country lost a devastating 50 percent of its GDP; a huge fiscal cost comparable to the recent financial crisis faced by Western economies.

However, Jakarta took the hard choices. A decade of laborious restructuring of banks, companies and institutions followed. The banking and financial system was completely overhauled and consolidated from 236 to 128 banks, an independent central bank – the Bank of Indonesia – was created to regulate and supervise the sector and state banks were cut back, with much more room for the private sector. This same banking sector – brought to its knees just 15 years ago – barely coughed during the 2008 financial crash. Indonesia’s institutions acted decisively to stimulate the economy and weather the impact. Indonesia’s experience shows that by being brave enough to make hard choices and undertake necessary radical reforms, economic success can once again be achieved. Many of the continuingly troubled economies of Europe could learn a lesson or two.

Indonesia provides an abundance of constructive lessons for the rest of the world. Of course the country still faces many challenges as we head into 2014, but Indonesia has come a long way in a short space of time. It has had transformative successes. The media discourse may focus on the negatives, but don’t forget the huge positives. Indonesia has achieved a lot more than you might think.
Edward Parker is a writer living and working in Jakarta, who has worked on Indonesian policy issues. He writes here in a personal capacity.