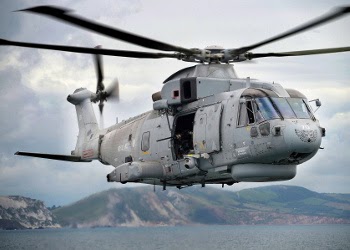 Few eyebrows were raised when India was forced to scrap its US$770-million helicopter deal with Italian defense group Finmeccanica's AgustaWestland earlier this month. It was only the latest in a long and depressing litany of defense procurement scandals stretching back at least to the mid-1980s.

The pact for the supply of 12 choppers, three already been delivered, came under the scanner following allegations of kickbacks worth US$60 million being paid to top Indian Air Force officers by Finmeccanica's then chief executive Giuseppe Orsi who was later arrested by Indian authorities.

New Delhi has also frozen payments for three of the supplied AW101 helicopters even as it investigates the involvement of its former air force chief, SP Tyagi in the treaty. The episode is especially embarrassing for the ruling UPA government in the run-up to parliamentary elections due this May.

The defense ministry has struggled with the decision to terminate the contract for months. But following a Joint Parliamentary Committee enquiry into the matter, which established a “breach of integrity,” coupled with the ruling coalition’s rout in the recent five-state assembly elections largely due to corruption allegations, the decision seemed inevitable. Scrapping of the choppers means that the defense ministry will now have to start over to search for the VVIP helicopters even as obsolete 1975-era Russian Mi-17s remain in circulation.

Graft allegations in India's big-ticket defense imports go back to the 1987 Bofors artillery guns scandal, which implicated the then Premier Rajiv Gandhi, along with top Indian politicians and key defense officials, for receiving kickbacks from Swedish company Bofors AB to the tune of US$ 9.8 million for winning a bid to supply India's 155 mm field howitzers. The scam’s immediate fallout was the ignominious defeat of Gandhi's ruling Congress party in the November 1989 general elections.

The corruption allegations in defense deals over the past two decades are surprising given the stringent rules governing defense procurements. The government can cancel a contract if an integrity pact in the rules is violated, with the seller having to forfeit any security money it had deposited as a bidder.

“The scrapping of the AgustaWestland VVIP helicopter deal yet again exposes the murky underbelly of India's defense acquisition process,” said defense analyst Prof. B.R. Srinivas. “Since the Bofors scandal, the country has been incapable of evolving a transparent and credible foreign defense procurement mechanism, which has hurt the armed forces.”

Experts blame entrenched corruption, policy paralysis and excessive bureaucracy as prime reasons bottlenecking India's defense equipment acquisition program. It is rumored that foreign artillery manufacturers have to get clearances from over two dozen departments within the defense ministry to clinch a deal. The entire ecosystem is such that foreign vendors have no choice but to pay bribes while bribe-seekers get away unpunished.

The ruling UPA government’s stock recourses to bans, blacklisting and pre-emptive freezes have only made matters worse. After the Bofors debacle, India's artillery upgrade faced another bottleneck in 2009 when the defense ministry blacklisted seven firms, including front-runners Singapore Technologies and state-run Israeli Military Industries, over corruption concerns. A contract for front-line helicopters capable of operating at high altitude, cancelled in 2007, has still not been re-issued.

“The defense ministry has blacklisted so many artillery makers that India is still struggling to find a replacement for the Bofors gun,” explained a secretary in the Home Ministry. “Blacklisting of foreign defense firms, and arbitrary cancellation of contracts has meant that the armed forces are forced to deal with dubious contractors for not only purchasing equipment, but also for spare parts and maintenance issues.”

In 2012, six defense firms — Israel Military Industries, Germany's Rheinmetall and Russia's Corporation Defense among others — were blacklisted for 10 years. Experts warn that an overzealous battle against defense corruption can be counterproductive thwarting national security. Already, the Indian Army has few options for weapon sourcing. Due to an ill-developed domestic arms industry and anemic production supply, Indian defense forces are unusually dependent on imports for a large country.

Although defense minister A.K. Antony is enthusiastic about indigenization of defense production, he has no clear roadmap in place for it. Worse, state-owned organizations such as the Defense Research and Development Organization and Hindustan Aeronautics Ltd (despite being one of Asia’s largest aerospace companies) are currently ill-equipped to deliver state-of-the art military hardware.

In 2012, the government-instituted Naresh Chandra Committee on defense preparedness – a high-powered, 14-member task force mandated to review defense management in the country – recommended that India consider punitive measures like fines and imprisonment rather than blanket actions like blacklists. Canceling of contracts, the task force said in its report, often incurs enormous costs to the exchequer and results in inferior replacements. India lives in a tough neighborhood, and hence greater weight should be given to practices that enhance security, suggested the report.

Indeed India's military needs are growing by the day with a hostile Pakistan on its western border, China to the north, and Asia’s third largest economy’s own ambition to play a meatier role on the world stage. In March 2012, then army chief VK Singh sent a letter to Prime Minister Manmohan Singh revealing in embarrassing detail alleged procurement deficiencies.

"Tanks are out of ammunition, the air defense is obsolete and infantry is short of critical weapons," Singh wrote, later revealing that he had once been offered a bribe of US$2.8 million for a contract.

Srinivas quotes the example of the country’s Multi-Role Combat Aircraft (MMRCA), a US$10.4 billion deal for 126 fighter aircraft, as an example of the country's tardy approach to bringing up to date its armed forces. The first international tenders for the project were invited in 2007, and exclusive negotiations began with French company Dassault in January 2012.
However, despite the passage of two years, the decision is still hanging fire. And with elections looming (after which a change of government is likely due to a strong anti-incumbency factor), decision-making has been pushed further into the realm of uncertainty.

The solution to streamlining India’s defense procurement program, suggest analysts, lies in having a clear and accountable defense acquisition policy. The aim should be to rid the system of the cancer of corruption rather than cancel deals. Opening up the market to domestic private players, and encouraging greater private sector participation, is the way to go, they say.