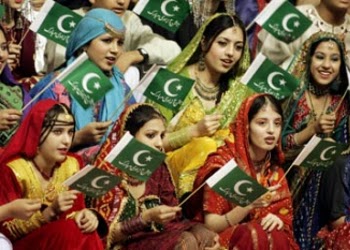 When will the international community begin to pay attention to the missing Baloch
In Balochistan, a resource-rich province of Pakistan, thousands of innocent civilians, suspected militants and activists are missing. Locals say the missing individuals have been abducted by Pakistan’s military and associated forces as a way to suppress and subjugate the Baloch people. There is disagreement on the actual number missing. An association for peaceful protest formed by some of the families of those missing, called the International Voice for Baloch Missing Persons (IIVBMP) says that up to 18,000 Baloch are currently unaccounted for, of whom more than 2000 were killed between 2001 to 2013. That figure is much higher than data from other NGOs and human rights organizations, but the IVBMP says it will be publishing details of all its data early next year.

In October 2013, in an effort to draw international attention to the humanitarian crisis, the IVBMP began a long march from Quetta to Karachi, which will continue to Islamabad where it will finally end in February. About 20 families of persons believed abducted and killed by the Pakistan military, mostly women, are taking part. Unfortunately, the march has received scant coverage from media, either within Pakistan or internationally.

The Diplomat has spoken to dozens of victims and interviewed IVBMP members during their march near Quetta and Karachi.

IVBMP was formed when its current vice chairman Mama Qadeer Baloch invited family members of other Baloch missing persons to a meeting in Quetta on October 28, 2009. Among them were the current general secretary Farzana Majeed Baloch and the current chairman Nasrullah Baloch. Ten members of the executive were appointed and the group began to speak out about their missing sons and brothers, urging the media and government to investigate.
The IVBMP has coordinators in every district in Balochistan, who report and record every abduction, torture and murder. They then send the data to human rights groups, media and the United Nations.

Although the abductions started in the 1970s, Mama Qadeer Baloch says, “Things got worse in 2001, when General Pervez Musharraf came to power. He started a much more speedier policy against Baloch activists and also martyred a respected and beloved Baloch leader, Nawab Akbar Bugti.” Qadeer says that abductions, hatred and political murders all increased around this time.
Later, under former President Asif Ali Zardari, bloodied, mutilated bodies were dumped in different parts of Balochistan, claims Qadeer.

He recalls that during Zardari’s term, then Interior Minister Rehman Malik visited Balochistan and warned of a crackdown. Qadeer continues, “Frontier Corps (FC) uniformed men, come, pick up our sons. And the ISI and MI also come in civil clothing, raid our homes, pick up our boys from colleges, schools and neighbourhood. Whenever they fear our students will fight back, they bring in the FC’s uniformed forces to control the situation. They have treated our educated lot the most horribly. This includes, doctors, thinkers, lawyers, professors, and especially journalists.”

Qadeer’s son, Jaleel Reki Baloch, 23 was killed three years after he was taken. He was abducted from the front door of his home in Quetta, on February 13, 2009, after returning from Friday prayers with friends. Eyewitnesses told The Diplomat that there were four unmarked cars with two FC pickup trucks. Nearby shopkeepers, Reki’s friends, cobblers, vegetable vendors and other people in the neighbourhood all witnessed the abduction, which they claim was by the ISI. Reki was a political activist working towards a Baloch movement for liberation. His abduction and killing is an example to many other Baloch activists, and many locals say that they asked their sons to leave such political groups when they saw his mutilated corpse return home three years later.

Reki’s body was riddled with bullets. Holes had been drilled into his bones and joints. Burn marks were strewn across his back. Eyewitnesses accused the ISI, as did the then chief minister of Balochistan Aslam Raisani, in a statement presented in the High Court. Despite the evidence, the law has not helped his son, complains Qadeer. It is because of this fear and absence of justice that political workers are now unable to live a normal life in the cities. Anyone involved in the Baloch movement now either lives in the mountains or lives abroad, mostly in Europe, Australia, England or Canada.

Some families reached by The Diplomat gave horrifying descriptions of the torture their family members suffered. Some bodies were minus their heart, lungs and intestines. Some had had their eyeballs removed. In one case, the body of Marri Baloch was reportedly given to medical students for training. The IVBMP has a photographic record of the horrors.

“They do this to scare us,” says Aafia Baloch, mother of one of the abducted Baloch activists.
“These bodies have made the mothers stronger. They sing songs of revolution when they see the dead now,” she says.

Adds Qadeer, “I did not cry when I saw my son’s body. Of course my son was dear to me. But I will not let this hurt me or diminish the struggle of the people of Balochistan.”

“We are in touch with UNO. We always update them with each abduction and murder, we email them all the bio data,” says one Baloch worker with the IVBMP who asks not to be named. “We will publish all the data with specification of their status as killed, or tortured and abducted. We will give away booklets with all the bio data of each abductee and murder.”

Farzana Majeed Baloch, another leading member of VMBP, is the sister of student leader Zakir Majeed Baloch, who was abducted on June 8, 2009 by intelligence agencies from Mastung, in front of two eyewitnesses. Zakir was a Baloch political activist. Since then his sister has been protesting at the cost of her own safety. She is also taking part in the long march.

“It was difficult to protect ourselves since we started IVBMP, even though we are peaceful in our voice. This long march was also tremendously challenging. The whole way was extremely difficult for many families who have walked with us,” Farzana told The Diplomat.

She calls on the government of Pakistan to stop these abductions, including those of political workers. “You have to take the political activists to court. You can’t simply pick them up and abuse them in torture cells. It happens around the world. They deserve due process,” she tells The Diplomat. “This government tortured us for years and tortures the family of those who has gone missing. In these times of education and technology, when we have reached the moon, the Pakistan army, still believes in backward obsolete concept of slavery and torture.”

Majeed insists that their protest is peaceful. The group has reached out all local and international human rights groups for support. “But the amount of attention we are getting from everyone, is right in front of you,” she adds, complaining about the lack of media coverage.

“I urge the UN, not to stay silent. It is to protect people like us that the UN was formed,” says Farzana Majeed. “I don’t just speak about the Baloch, I speak for all humans and all people of Pakistan who are going through the torture from the army officers.”

Farzana receives constant threats. Her mother was threatened in a bid to stop her daughter. She says the mental torture is unbearable sometimes. “They think I will get disheartened, but I told myself, no matter what they do I will stand by this struggle. This is not just the story of my brother’s abduction. My protest is for all victims of human rights abuse in Pakistan, by the Pakistani government and military. Sometimes my mother gets really scared. But when she realizes neither the federal nor the provincial government will do anything, she supports me in this cause. She still cries for my career, my health, my personal life.”

Reki’s son was just five years old when his father’s corpse arrived. “The doctors told me not to tell his son. But when the dead body arrived, I took him by hand to show him,” Mama Qadeer told The Diplomat. Beyuragh Baloch, looked up and asked his grandfather “Who did this?” “The Pakistan military has killed him,” he was told.

Qadeer says, “It was right that he see this, so that his subconscious mind will remember what happened to his father when he was five.” Beyuragh is seven now. His name has historic significance, his grandfather says. “He already has leadership qualities. If God gives him life, he will definitely become a great leader who will take this movement forward and bring victory to us.” ‘The Diplomat’