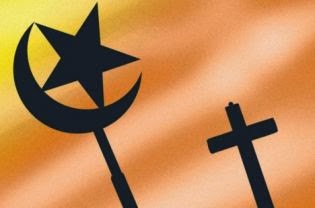 For God's sake, find a solution once and for all
For now, there is calm. But it is an uneasy calm. Just because there were no demonstrations in front of churches in Malaysia over the weekend, it does not mean the issue that has caused so much tension and animosity is over.

This country is crying out for a full resolution to something which has been festering for years.
Most Malaysians, especially in the peninsula, believe this issue is relatively new, but the ban on non-Muslims on the use of the Arabic word “Allah” goes back to Dec 2, 1981.

That was when the Al-kitab (the Bible printed in Bahasa Malaysia) was banned on the grounds that the Bible in the Malay language was “prejudicial to the national interest and security of the Federation” and therefore “prohibited absolutely throughout Malaysia”.

In the years after, there were moves that either relaxed the bans or added restrictions and prohibitions but with the latter outweighing the former, especially in recent times.

For the most part, the government’s attempts to keep in check how Christians used certain Arabic words to avoid confusing Muslims went unseen and unfelt by the general public.

Few were even aware of the federal and state enactments banning the use of many Arabic words by non-Muslims.

But since 2007, when Catholic publication The Herald decided to take the ban on Allah to the courts, after receiving several warning and show-cause letters, blinkers have fallen and a rift has opened up between Muslims and Christians in the country.

Both sides have hardened their stance. To the Christians, Allah is not exclusive to Muslims, including those in the Middle East, and argue that it was used in Malay translations of the scriptures as far back as 1514.

What’s more, Christians in Sabah and Sarawak have been using the word freely, which is also contained in Bahasa Indonesia Bibles that they use.

And with greater numbers of Sarawakians and Sabahans working and living in the peninsula, do they stop using Allah, too, once they cross the South China Sea?

They also see the Government’s actions as efforts to curtail religious freedom.

For the Muslims, they are adamant in the peninsula, non-Muslims should stick to “Tuhan” (another word for "God" in Malay) which has long been the practice, and that should not change.
To them, this insistence on using the word is a threat to Islam and even possibly an insidious way to confuse and convert Mus­lims to Christianity.

Back and forth it has gone. Instead of dithering, the government should have acted decisively to seek out an amicable solution long ago, especially after the attacks on a few churches in 2010.
The Cabinet only came out with its 10-point solution after 5,000 copies of the Al-kitab were detained in Kuching Port in March 2011, which led to a storm of protests from Christians in Sabah and Sarawak.

This “solution”, which essentially decided it was okay for non-Muslims to use Allah on one side of the country but not the other, has been no solution after all.

Which is why we are now at a highly volatile point in this dangerous tussle.

By trying not to confuse, the government, both at the federal and state levels, has created immense confusion.

The Herald’s lawsuit is not over. The case is now before the federal court. The latest seizure of Christian publications on Thursday by the Selangor Islamic Religious Department (Jais) from the Bible Society of Malaysia premises has only made the situation worse.

Frankly, we have gone past the stage of expecting the issue to be settled even in our highest court because it is no longer just about The Herald’s right to use Allah but its use in other forms by non-Muslims, especially Christians.

If we are rational about it, we have to admit we have painted ourselves into a corner with decisions and rulings that cannot be practically upheld and which run contrary to the progressive, moderate 1Malaysia we are so proud of, especially on the international stage. How we get out of such an untenable position will require great courage, political will and a genuine desire on the part of all our leaders to seek a resolution once and for all. Politicians must stop using this issue to score sniper points off each other.

Godspeed to the National Unity Consul­tative Council. But if we can’t resolve this internally by ourselves, perhaps we should seek an international panel of eminent experts to act as mediators to help us get out of this impasse rationally and equitably.

There is no shame in seeking outside help in times of crisis and if this isn’t a crisis, I don’t know what is. June HL Wong, The Star/ANN, Petaling Jaya