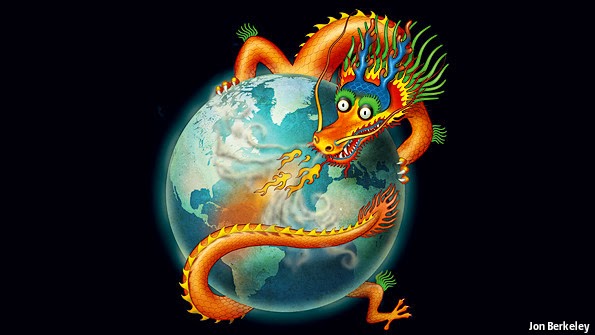 The fear of confrontation has been haunting the 10-member ASEAN bloc for at least two decades is increasingly closer to becoming a reality following China’s decision to take military action to defend its unilateral sovereignty claim over the South China Sea. The action came shortly after it issued similar threats against other countries over its insistence of having full control over air and sea traffic in the East China Sea.

Military tension in the South China Sea will have global implications because it has direct links with the Strait of Malacca, one of the world’s busiest sea lanes, through which no less than 25 percent of the world’s energy supply is transported. The United States has boldly told China that it would defend the interests of its allies Japan and the Philippines. Other major powers like Russia and India will also be attracted to this region.

In the words of former premier Wen Jiabao, the two regions belong to “China’s historical territory”. China, however, needs to remember that other countries can also use the same “historical” tactics to support their claims.

China has announced that it will deploy a civilian patrol ship for regular patrols on one of the main islands it controls in the disputed South China Sea. China has fully controlled the Paracel Islands since it defeated the then South Vietnam in a naval clash in January 1974. China also claims territorial and maritime sovereignty over the oil- and gas-rich Spratly Islands, and practically its claims cover nearly the entire South China Sea. The country has also demanded that any fishing activities in the territory should obtain a permit from the Hainan provincial government. The decision has disturbed other claimants, such as Vietnam, the Philippines, Malaysia and Brunei.

It is just a matter of time before China takes over the US’ position as the world’s largest economy. It is understandable that its gigantic economic power will be followed by rising military and political power. It is also natural that China wants to protect its global economic power, including the supplies of raw materials for its industrial sector, sea and air passages for its ships and aircraft for its exports and imports.

In Davos, Switzerland, Japanese Prime Minister Shinzo Abe has issued a clear warning to China that his government will not just allow China to continue its military plan in overcoming their overlapping ownership claims on islands in the East China Sea.

ASEAN now has to face a rising China. Although Indonesia has no border or territorial problems with China, directly or indirectly the country’s national strategic interests are also at stake with China’s new military posture. Jakarta Post.