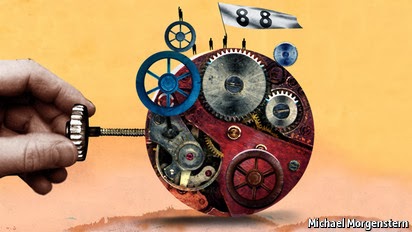 Journalists in Myanmar protested in support of an imprisoned peer on January 7 in the country’s commercial capital Yangon. Bearing banners that read, “We don’t want threats to press freedom,” journalists, in what some local observers said was the largest public gathering in Yangon since the Saffron Revolution of 2007, rallied in support of daily newspaper Eleven Media Group journalist Ma Khine, who was sentenced to five months imprisonment on charges associated with her reporting on a corruption case in Kayin State.


A sister journalist protest planned for Mandalay was barred by local authorities there.
Rakhine-based journalists also rallied in support and issued a damning statement on the incarceration of Ma Khine, calling it a blow to the dignity of the judiciary and a suppression of media freedom. Their outrage was echoed by writers and journalist groups across the country.
Ma Khine, also known as Naw Khine Khine Aye Cho, was convicted of trespassing, using abusive language and defamation in connection with the corruption story and after one and a half months’ pre-trial detention was sentenced to five months behind bars, with two months to be served concurrently.

She was reporting on a legal dispute between a movie distributor and a movie rental shop owner over the alleged distribution of pirated movies. Ma Khine testified at her court case that she went to interview the lawyer in the case and was invited into the lawyer’s home after she identified herself as a journalist.

According to local media reports quoting her court testimony, she was then asked to leave after one of the lawyers, Aye Aye Phyo, was angered by Ma Khine’s questioning over legal fees.
Aye Aye Phyo and her father Aung Shein then sued the journalist for trespass, abusive language and defamation.

Myanmar’s defamation laws are based on the nearly century-old colonial penal code the country still uses. Defamation is often used as a catch-all law to file lawsuits against journalists or publications that print articles the government or powerful businessmen find unfavorable.
Ma Khine is the first journalist to be convicted since reformist president Thein Sein lifted decades-old media censorship in the former pariah state and released incarcerated journalists in 2012.

Eleven Media Group, which includes newspaper, Internet, and TV outlets, said the judgment against Ma Khine could have been politically motivated because of the recent critical commentary by its newspaper, Eleven Daily, about widespread corruption in the judiciary.
Myanmar Journalists Network secretary-general Myint Kyaw said the critical feature of Ma Khine’s case was the arbitrary sentence.

“Normally these kinds of cases, trespass, abusive language and defamation do not carry a jail sentence, only a fine of some small amount of money,” he said. “Five months jail time is a threat to all local journalists.”

“We have tried to reach out to the local judiciary to review the case, but there has been no response.”

While this case is the first of its kind since the lifting of censorship, it could serve as an indicator of things to come, Myint Kyaw said.

“This is the central test case (of new press freedoms). If we accept this case easily, there will be more and more cases with prison time,” he said. “In the future journalists will continue to feel fear.”

Censorship on printed works was lifted at the end of 2012, and while the move has been widely welcomed, journalist networks in country say policy has not gone far enough to introduce a normalized media environment under the quasi-civilian government. Radio and television licenses have not yet been liberalized and access to government figures and information remains almost impossible.

“Access to information is the problem. The legislative, administrative and judicial branches, and the judiciary is the worst of the three,” Myint Kyaw said of reporter’s access to important figures in the country’s parliamentary and public office roles.

“Government officers do not answer questions or they cannot be contacted at all. Access to information is still broken and it is worse in regional areas.”

As well as a lack of information access, Myint Kyaw said the culture of journalist intimidation was still alive and well, particularly in more regional areas not frequented by international media organizations.

Rakhine State is a hot-button issue for the government. Journalists reporting on the violence between Muslims and Buddhists complain of continued harassment by authorities there.
Lawsuits involving the media and the government or private citizens are a new arena in Myanmar’s previously tightly controlled press sphere. Local papers that have become entangled in lawsuits have found that reporting on corruption, particularly within government, is particularly likely to land them before a judge.

An interim Press Council was established after the censorship board was abolished, but journalism groups fear the formation of a permanent Press Council will come with sweeping powers to muzzle journalists working on controversial stories. Parliament has already passed legislation, which the interim Press Council opposed, that will award the Ministry of Information broad powers to issue and also revoke publications licenses extra-judicially, leaving journals no avenue to appeal decisions.

After the government removed dozens of journalists’ names from a travel blacklist, many complained that they were still unable to get visas into the country – their applications tied up in bureaucratic red tape.

Tay Za, one of Myanmar’s more famous tycoons, launched a defamation lawsuit against weekly journal The Sun Rays late last year after the journal published a front page featuring the multi-millionaire’s photo and a headline that read “Cronies should jump into the Andaman Sea.”
The Sun Rays has since been shuttered.

Another local weekly journal, Thuriya Nay Win, also found itself at the center of an official complaint by the Ministry of Information, which accused the journal of breaching journalistic ethics by publishing unbalanced and sensationalist articles. The journal had published an article insinuating Myanmar’s Miss Universe contender had an affair with the grandson of former military government leader, General Than Shwe.

The Ministry of Mining meanwhile initiated proceedings against The Voice journal for an article about corruption and the Ministry of Construction also sued a reporter from Mandalay-based The Modern Weekly Journal. Both cases were ultimately settled out of court.

In 2013, two foreign reporters were also added to the government’s “black list,” banning them from re-entry into the country, allegedly for their reporting on the Rohingya issue in the country’s western Rakhine State.

Eleven Media Group itself has also initiated criminal complaints against journalists publishing remarks perceived as disparaging by the entity, Ye Naing Moe, director of Yangon Journalism School, said. Most cases are settled out of court, the initiation of legal proceedings used as a posturing and intimidation tactic, he added.

“In Myanmar, no one wants to go to the court due to old and complicated laws and a corrupt judicial system,” he said, adding it is possible the use of defamation against reporters could expand in the future.

However, the abolition of the censorship board has created an irreversible chain of events unlocking the long-muzzled media in Myanmar, Ye Naing Moe, who is also a columnist at the 7Days newspaper, said.

“We have been under that terrible system for five decades and the system crippled our news industry,” he said. “But of course the government is still finding the ways to control the media but not the same way [as in] the past. The genie has been let out and it is very difficult for them to tame it again.”

Working as a journalism trainer, the veteran journalist said the anti-government protests at the 2007 Saffron Revolution was a powerful boost for young people pursuing career journalism.
“Our first journalism training here was in 2003; compared to 10 years ago [standards] are getting better. But I see quality still needs to be improved,” he said. “Journalism here is blended with activism too much. We need to find a way to solve [this].”
Bridget Di Certo is a Myanmar-based journalist.