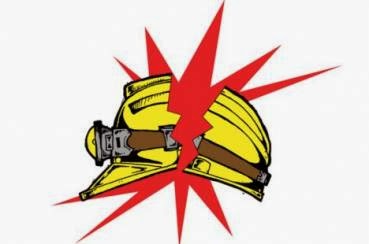 Giving with one hand and taking with the other, the Indonesian government has effectively enforced a blanket ban on mineral ore exports in a bizarre, nationalist-driven decision-making process that will cost the country billions and put tens of thousands out of work

While value-added is an understandable goal for a country blessed with so many natural resources, the implementation of the signature policy has been bedevilled by weak leadership, poor conceptualising, political grandstanding and bureaucratic ineptitude.

Miners are now threatening to head to international arbitration, with copper giants Freeport Indonesia and Newmont Nusa Tenggara facing the prospect of shutting down 65 per cent of their production - a huge chunk of the US$10 billion Indonesia makes each year from mineral exports.
The move to process all mineral ore onshore within five years was foreshadowed in the 2009 Mining Law, but only given clarity - and teeth - in a ministerial regulation issued belatedly in July 2012, which laid out the required purity levels for each individual mineral.

With copper's purity level set at 99.9 per cent, the country's two biggest miners are clearly the main targets of a government fixated on building a smelting industry that, in the case of copper, is only marginally profitable.

Both companies have refused to invest in smelters and, as the clock ticked down to what was now an unrealistic January 12 deadline for the ban to take effect, the government appeared to be scrambling to get itself out of a fix of its own making.

At the eleventh hour, President Susilo Bambang Yudhoyono signed an outwardly watered-down regulation reducing the copper-refining requirement to between 15 per cent and 30 per cent, and also allowing 60 nickel, lead, zinc, manganese firms to continue exporting semi-processed ore until 2017.

Then a day later, the other shoe dropped. The Finance Ministry slapped a progressive tax on all exports of concentrate, starting with 25 per cent in the first year and rising in half-yearly increments to a prohibitive 60 per cent in the second half of 2016.

The Straits Times has learnt that while Cabinet discussed the possibility of a small export tax, neither Coordinating Minister for Economic Affairs Hatta Rajasa nor Mines and Energy Minister Jero Wacik were aware of just how high the Finance Ministry intended to go until it was announced.

Freeport and Newmont regard the duty as a violation of their contracts, which prescribe no new taxes. The first year's export tax bill alone would cost Freeport an estimated $800 million to $900 million, wiping out profits and reducing funds for operations and expansion.

Both companies probably have no other choice than to go to arbitration. Phoenix-based parent Freeport McMoRan Copper & Gold called people back from vacation, and sources say the "A word" - arbitration - has already been raised with the government and Parliament.

For all the attention on the majors, some of the biggest losers are 75 small to medium Indonesian concerns which cannot afford to build the billion-dollar smelters needed to conform with the purity levels for nickel (70 per cent) and bauxite (99.9 per cent).

The ban ends the annual export of 15 million tons of bauxite and six million tons of nickel ore, worth $2 billion, bringing the twin threats of unemployment and economic hardship to Riau, West Kalimantan and parts of Sulawesi in particular.

The government has always seemed reluctant to change course. When Japanese Prime Minister Shinzo Abe met Dr Yudhoyono at the Asia-Pacific Economic Cooperation summit last October, he warned him about the harmful impact of the ban on Japanese investment.

According to insiders, the President was annoyed because he had instructed his staff to remove the issue from the agenda - a sign that even then, he was growing defensive about a policy that miners say needs to be selective rather than all-encompassing.

The latest move also flew in the face of a security assessment Yudhoyono ordered last year from Badan Intelijen Negara (BIN), the civilian intelligence agency, which touched on the prospect of job losses and social unrest as a result of the ban , particularly in volatile Papua, where Freeport has its mine.

Matters came to a head last month on December 5 when Parliament's energy commission refused the Yudhoyono administration's belated request for a three-year extension to the ban, to allow more time for the building of smelters.

For all the importance of the issue, insiders say a hasty search had to be made of Parliament hallways to find an additional member of the 50-strong commission to make up a quorum before it could make a decision.

Critics claim miners had plenty of time to conform, but the 2009 legislation talks only vaguely about more refining over the next five years. It was not until the delayed issuance of July 2012 ministerial regulation that miners knew by how much.

For all the nationalist flag-waving, the 99.9 per cent purity level applied to copper fuelled suspicions that the real beneficiaries may be well-connected local businessmen hoping to get cut-price concentrate for two planned smelters, one in Sulawesi.

Freeport and Newmont have agreed to provide the concentrate for the consortiums, but only at the same market rate they get from the sole Mitsubishi-run smelter in East Java, which has been processing about a third of their output since the mid-1990s.

Whether the well-connected local ventures are prepared to go ahead under those terms will be watched closely. So will any signs of interest from Chinese investors, who up to now have focused mainly on nickel and bauxite.

Former mines director-general Simon Sembiring, one of the original architects of the 2009 Mining Law, says the whole idea behind the export ban is to build a manufacturing base around all the new processing facilities.

But London-based market specialist Simon Hunt says Indonesia has always had a surplus of copper wire and rod, both from local factories and also because of an over-abundance of cheap Chinese exports with which it must compete.


That leaves other finished copper products, like sheet, strip and tube. Again, Indonesia has a fragmented market and still relies heavily on imports - if for no other reason than ordering from Malaysia, Thailand and China has proven to be cheaper than building new factories. John McBeth, The Straits Times/ANN, Singapore