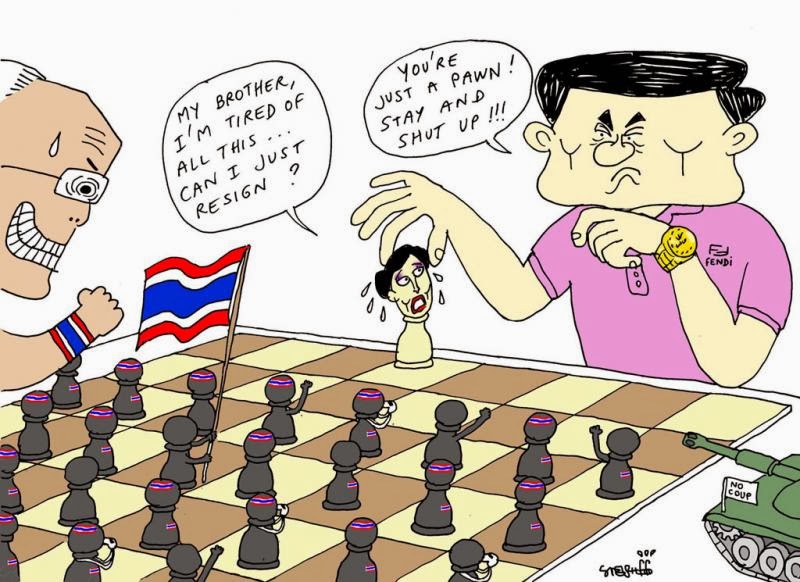 I find it disturbing that Yingluck Shinawatra should have approached UN Secretary General Ban Ki-moon over the ongoing political crisis here at home. Her biased information on several points she conveyed to Ban (since rebutted by Abhisit Vejjajiva) has shown the public how desperate she is at this juncture.

Also, where was the Foreign Affairs minister in this latest drama?

He also failed to show up on January 8 for the ministry briefing on this historic political crisis given to the diplomatic corps. No reason given. He has now left the caretaker PM to fend for herself in this lonely world. You have my sympathy, Madam Prime Minister.