A samurai without a master 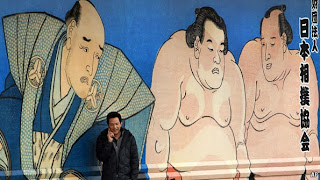 We still believe that building a stable and peaceful Asia after the end of the Vietnam War and Cold War is not by threatening neighbors but through extensive meetings and talks with one another.

This has been done by the ASEAN regional grouping as a way to avoid any confrontations of the type that were common during the hype of the Cold War, which split the world into blocs of ideological beliefs. Every member country of ASEAN understands that political calm and security top the priorities in the region due to enormous overlapping territorial claims among them, which could easily ignite armed conflicts.

Territorial conflicts among Asian nations have manifested in two areas. First has been the seeking of settlement through international arbitrage, such as in the cases of Preah Vihear Temple between Thailand and Cambodia and the Sipadan-Ligitan Island between Indonesia and Malaysia. Second has been the increasing tone of nationalism by means of megaphone foreign policy, such as in the dispute over the Senkaku/Diaoyu Islands between Japan and China or — in a more extreme way — the adoption of an “insult policy”, as in the case of the Scarborough Shoal between China and the Philippines in the South China Sea.

The most worrying conflict would be the overlapping territorial claims between China and Japan in the East China Sea, which has seen not only increasing nationalist sentiment but also unilaterally actions that could jeopardize the security of the entire Asia-Pacific region. Japan has moved to establish a National Security Council, in line with the US model, to open opportunities for expanding the capabilities of its Self-Defense Forces.

Japanese Prime Minister Shinzo Abe’s new foreign and defense policies coincide with the country’s Abenomics policy, which would change the overall Japanese posture in world affairs. Being overtaken by China as the second-largest economy in the world in such a short period changed Japan’s attitude toward regional and global affairs into a more active and outspoken one, not only by strengthening its ties with traditional allies but also by trying to expand its knot of alliances with the willing to contain China’s rise.

China’s response by establishing the air defense identification zone (ADIZ) that overlaps the Japanese zone is a logical strategic option on the part of Beijing in calculating and reflecting the whole of the East China Sea as its core interest. Although the ADIZ will not strengthen China’s sovereign territorial claims, it can rapidly change the East China Sea into a hot zone due to misunderstandings and miscommunications, not only between China and Japan but also between China and other nations such as Taiwan and South Korea.

After the end of World War II, Japan and other East and Southeast Asian countries have rested their security and foreign policies on the US, which has the might to pin other countries into behaving according to international norms. In some cases, they have even let Washington take over their core security interests for the sake of peace and stability in the region.

On many occasions, Japan has renewed its pledge to a “proactive contribution to peace”, not only through involvement in the United Nations’ traditional collective security measures through its peace-keeping operations (PKOs) but also in a wider security function by expanding its international role and contribution. The foreign policy assumptions that take the US presence for granted is already alarming to the regional environment, not to mention a new policy of being proactive in international security, which could endanger Japan’s claim of pacifism.

We cannot let Japan become a samurai without a master — a ronin who embraces the feudal-military code of Bushido. Japan must not abandon its pacifism by following a US-led military intervention in the region, or other parts of the world, for three reasons. First, Japanese history of imperialistic military expansion is still resented in the eyes of most of its Asian neighbors, and expanding its military capabilities in the name of a so-called “proactive contribution to peace” will not appease them.

Second, Japan was never under direct threat of invasion in its traditional or modern history, and it has been able to develop its economic and trade might without military power over recent decades. There is no reason for Japan to suffer strategic insecurity because the US’ preponderant power will protect Japan from any threat based on mutual security and a defense agreement that has been in place for the last 60 years.

Last, the triple alliance of Japan, the US and South Korea offers a balancing factor for each of them, not only in the face of any imminent missiles or nuclear threats from North Korea but also a strategic dynamic equilibrium facing the Chinese economic and trade powerhouse and expanding military expenditure and capabilities. The ASEAN Regional Forum (ARF) and the East Asia Summit (EAS) should be the logical platforms for powerful nations in the region to project their strategic trust amid the changing geopolitical environment toward confidence-building measures.

We should be fully aware that a pivotal linkage of a multilateral setting led by ASEAN is compatible for every nation to maneuver accordingly and adjust their national interests. Every country in the region has agreed that ASEAN’s role in promoting preventive diplomacy and a conflict-resolution mechanism will shape future confidence-building measures among state actors in the region, although success will depend on the willingness of the participating countries in the ARF or EAS.

The logical dynamic equilibrium among state actors in the Asia-Pacific region to achieve a common state of understanding in security mechanisms is through the establishment of the so-called disaster reliefs operation (DRO), which is equal to the PKOs under the auspices of the UN. In the past 10 years, Asia Pacific has been hurt by natural disasters, including the Indian Ocean tsunami that hit, among other countries, Aceh in Indonesia; a natural and man-made disaster in Fukushima, Japan, and Typhoon Haiyan in the Philippines, which claimed thousands of lives and billions of dollars worth of financial losses.

The DRO should operate like PKOs with a specific mission command handling the natural disasters that occur frequently in line with global climate change. The prompt response by the US and Japanese military, followed by other nations in the region, in the wake of Typhoon Haiyan was a classic example of how the military forces from different countries synchronized their command and control efforts in accordance with confidence-building measures to save lives and ease the burden on those affected.

By having a DRO center similar to the PKO center in Indonesia, Japan’s efforts to establish confidence-building measures with other regional powers, including China, would help ensure regional security and stability. Financing a DRO to combat natural disasters would be far more welcome and beneficial than having an alliance of security mechanisms encircling a particular rising power in the region. Natural disasters are no respecters of borders; nor are the overlapping claims on empty land and reefs of sovereignty.

René L Pattiradjawane, is a senior journalist and chair of the foundation for the Center for Chinese Studies, Jakarta.