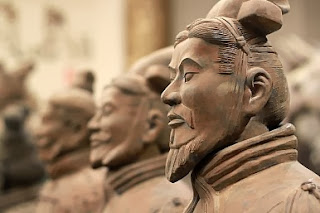 For China’s leadership, an ancient era offers lessons – positive and negative – for today

The Warring States Era is a fascinating period in Chinese history. Although scholars debate the exact start date and duration of the era, the general consensus is that the period spanned from around 475 BC to 221 BC. Put simply, the era consisted of interstate conflict in which the leaders of independent states (and sub-states) vied for hegemony. The leaders engaged in a series of conquests and annexations, power and territorial consolidations, and shifting alliances. The competition resulted in the emergence of several dominant states. And these states continued competing for power in the interstate system until the leader of the Qin state, Qin Shihuangdi, prevailed as the dominant ruler. 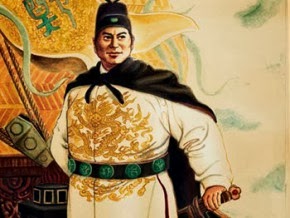 Emperor Qin asserted supremacy and unified the states under one rule. He achieved this goal through the use of military force. He then established a complex bureaucracy in order to better unify and administer the previously fragmented state system. Some China experts, such as John Fairbank and Merle Goldman, pointed out that the emperor also undercut local ties and loyalties, fostered obedience to the state, and increased the state’s military power in order to maintain and strengthen state unity and survival. Qin – known as the unifier – ended the chaotic, fragmented, and competitive state political system and created a stable, unified, and more prosperous state system.

However as one China expert, Monte Bullard, points out, the overall Qin legacy is not seen as a “positive” example in Chinese history (the Chinese tend to examine history for “positive” and “negative” examples). The leaders were ruthless. They established a highly ordered society that was highly obedient to the state. And they used the rule of law – not the code of behavior – as the basis for interaction. Some Chinese historians contended that the Qin leaders’ use of the rule of law led to its excesses. For this reason, the Qin legacy generally is viewed as a “negative” example in Chinese history. And this has implications for China today.

Fear of Fragmentation, Chaos, and Instability

It is well known that China is not a homogeneous state. The country is home to 55 minority groups who occupy roughly 60 percent of its territory. Conventional wisdom tends to suggest that the Chinese state is vulnerable to minority separatist movements in three strategic, geographic areas: Xizang, Xinjiang, and Inner Mongolia. If an upheaval occurs in one of these regions, it could have a domino effect in the other regions home to separatist movements. So the Chinese leadership remains concerned that minority secessionist movements could challenge the integrity and stability of the Chinese state.

But counter to conventional wisdom, the leadership also faces threats of instability from very different sources. As in the Warring States era, these threats originate from “states” with powerful systems. Specifically the threats come from one area functioning as an autonomous region, another region home to a powerful independence movement challenging the Communist Party of China’s (CPC) legitimacy, and yet another area typically home to influential leaders who are able to cultivate powerful factions. What’s more, the leaders in these areas control territory with engaged populaces, formidable economic systems, and effective governance structures. They are namely Hong Kong (now approaching a 2017 chief executive election), Taiwan, and Shanghai (now home to a new pilot free trade zone). For these reasons, these areas perhaps pose a greater threat to the internal integrity and stability of the Chinese state system than areas home to minority secessionist movements. The Chinese leadership recognizes this reality. So how does the leadership manage these potential threats?

Like the Warring States era and its aftermath, the Chinese leadership aims to assert dominance over its entire territory, thwart the emergence of viable competitors, and maintain internal integrity in order to rejuvenate the Chinese state. The leadership uses methods from that ancient period such as consolidation and force, as well as other strategies, such as co-optation, accommodation, and a code of conduct.

From the Chinese viewpoint, controlling secessionist movements emerging from the minority regions is achievable. This is in large part due to the leadership’s policies of co-optation and accommodation. The leadership incorporates willing segments of the ethnic minority groups into the existing system. And it provides these minority groups with special treatment and favorable policies. This also is in part due to the policy of dominance in which the leadership leverages the threat or use of force over segments of the minority groups who are not part of the system and use violence to try to destabilize the Chinese state and society.

In contrast to the minority areas, however, the Chinese leadership has less ability to control and exert dominance over non-minority controlled areas, specifically Hong Kong, Taiwan and Shanghai. Moreover, the leadership might face a considerable domestic and international backlash if it attempts to assert control in these areas through the threat or overt use of force. So in these areas, especially Shanghai, it remains imperative that the current leadership, like the Qin legacy, weaken the leaders’ local ties and foster obedience to the center. Instituting a code of conduct, which includes promoting policies against official corruption and extravagance, helps achieve these goals. In areas like Hong Kong and Taiwan, the leadership uses policies of accommodation and co-optation, particularly in the economic and diplomatic spheres, in order to cultivate asymmetrical relations in which Hong Kong and Taiwan become more and more dependent upon the Mainland state.

Unlike in the aftermath of the Warring States era, when the Qin leaders promoted the rule of law (a “negative” historical example from the era) to produce a highly ordered society, today the leadership promotes a code of behavior consisting of ideals like inclusiveness, harmony, civility and morality (a “positive” historical example from the era) in order to maintain order and unity as well as cultivate obedience.

Following the Warring States era, the emperor created a complex bureaucracy to rule more effectively. Similarly, the current leadership has been instituting reforms to strengthen, unify and consolidate institutions operating in the state system in order to rule more effectively. One example is the Chinese People’s Political Consultative Conference (CPPCC), an organization consisting of communist and non-communist elites, as well as leaders from different political parties, federations, associations and social groups. In recent years the CPC has strengthened the CPPCC’s role in the national decision-making process. In addition, the All China Federation of Trade Unions (ACFTU) – a federation that is part of the CPPCC institution – has been brought further into the system in large part due to China’s accession to the World Trade Organization (WTO) in 2001.

The CPC, the ACFTU and a tripartite system of government-trade unions-enterprises now coordinate the labor market, including the role of labor in foreign invested enterprises (FIEs). Another example is the military. From as early as 2006 the CPC has been expanding its political work in the military establishment to maintain and increase the party’s control over it. Recent indicators such as the highly coordinated actions taken by the leadership in the East and South China seas suggest that the party and the army are working more and more closely together than, say, in 2007, when a clear division occurred between the civilian and defense establishments. Further, in 2013 the leadership consolidated its internal security apparatus and created the new State Security Committee (SSC) to centralize and better manage domestic security policies.

Additionally, the CPC continues to co-opt entities functioning on the periphery and outside of the existing system. Under the administration of Jiang Zemin, for instance, the leadership brought many powerful business and commercial elites into the system. In doing so, the CPC made them a vested player in the maintenance and trajectory of the existing system. In 2004 the CPC started expanding its presence in the university and college system. And in 2008 the CPC established and enlarged its presence in law and accountancy firms. By 2012 the State Administration for Industry and Commerce (SAIC) had created new Party organizations in individual retail businesses, professional marketplaces, and small and micro enterprises.

Although the above examples are only a few of many, the implications are clear: The CPC aims to consolidate and develop the existing bureaucracy as well as use these institutions to help refine and carry out state policies. In other words, the CPC is increasing the government’s capacity to manage the state in order to foster internal integrity – the same way Emperor Qin created a massive bureaucracy to cultivate conformity and obedience to the state. Although Western observers tend to find these trends disconcerting, the majority of Chinese expect their government to increase its capacity in order to better manage state affairs.

During the Warring States era the use of force was one method used to ensure political dominance and state unity. Philip Kuhn, a China expert, has observed that behind every civilian regime that follows closely on the heels of a military conqueror stands military force. June Grasso also observes that the driving forces behind China’s unification are not philosophy and nationalism but rather military force. As Qin took actions to end the Warring States era and establish a unified state system, the CPC also used force to end the civil war and the occupation of China by foreign forces such as Japan and create the unified, independent state of the People’s Republic of China. And today the threat or use of force to prevent fragmentation, maintain stability, and ensure unity remains an integral part of Chinese national politics.

What Is the End Game?

The Chinese leadership is working toward achieving three main goals:  The leadership wants to prevent the emergence and mitigate the existence of the conditions that plagued the political arena of the Warring States era. Specifically it wants to maintain stability, foster unity and reduce the risk of division, as well as mitigate competition. The leadership also wants to continue developing a more prosperous economy and a strong military. And the military must remain committed to supporting the leadership’s agenda, namely bolstering the ruling regime’s legitimacy, protecting sovereignty, defending territorial integrity, and ensuring the state’s overall survival. Finally, unlike the Qin leaders who emphasized the rule of law, the current leadership most likely will continue promoting a code of behavior to cultivate obedience and order. If these trends continue along the current trajectory – in other words, there are no internal and/or external disruptions to the existing trajectory – the Chinese leadership should be able to create a relatively stable and more prosperous and unified state system supported by a strong military capable of ensuring the survival of the current Chinese state system.

Dr. J. M. Norton teaches international relations and U.S. foreign policy at China’s Foreign Affairs University (CFAU) in Beijing, China. The views presented here are the author’s own and are not associated with the views of CFAU.