AUSTRALIA risks losing out to China, South Korea and Japan on lucrative investment opportunities in Indonesia as a result of the damaging fallout from the Indonesian spying scandal. 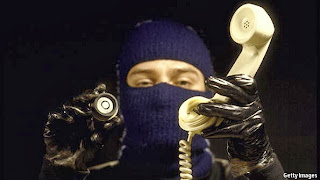 In a wide-ranging interview, the Hong Kong-based chairman of KPMG Michael Andrew also warned that Australia faced a backlash over its decision not to include bribery and corruption in its list of top priorities for next year's high-powered G20 meeting in Brisbane after taking over the presidency on December 1.

But he said the crackdown on corruption over the past three months in China presented fresh opportunities for secure Australian investment into the world's fastest-growing economy and for improved governance at Chinese state-owned corporations looking to invest in Australia in the year ahead.

Tony Abbott earlier this month described as "unhelpful" a decision by the Indonesian government to suspend co-operation on people-smuggling in response to revelations that Australia's electronic spying agency targeted President Susilo Bambang Yudhoyono's personal mobile phone, along with that of his wife and inner circle.

Dr Yudhoyono has said that full co-operation with Australia would not be restored until a "code of conduct" about future intelligence activities was established between Jakarta and Canberra.

Mr Andrew joined the growing number of company executives to have expressed concern about the impact of the row on companies seeking to do business in Indonesia, especially those awaiting project approval or a contract to be signed by the Indonesian government. "Indonesia should be a market where Australia has a very natural footprint where it should be able to build some great companies," Mr Andrew told The Australian. "Unfortunately when you get direction from high levels of government, it does make a big impact in the market place.

"And we are seeing tremendous Japanese, Korean and Chinese interest in Indonesia. So Australia's competitive position is impaired if others are getting more favourable treatment."

While he added that the situation was "easily correctable" if political leaders "got on aeroplanes and made the appropriate apologies", he said the risks now remained.

The row threatens to undermine the positive work done by governments and business this year to advance ties with Indonesia. The new Abbott government as well as every state and the Northern Territory has sponsored an Indonesian trade and investment mission this year.

According to the Department of Foreign Affairs and Trade's latest public data, Australian foreign direct investment in Indonesia stood at $4.9 billion in December.

Indonesia is a prime market for Australian cattle and mineral products and blue-chip companies including Coca-Cola Amatil, Commonwealth Bank, Santos, ANZ Bank, BlueScope Steel, Leighton and Newcrest Mining all have operations there.

Mr Andrew said the upcoming Indonesian election would be critical in determining the future for Australian business opportunities in the country, especially if current Jakarta governor Joko Widodo was elected.

"If it is the governor of Jakarta, you will see a much more commercially minded, visionary individual. He won't be as fussed about

those (spying) issues and much more focused on investment and getting Australian support," Mr Andrew said.

He dismissed concerns about Australia's standing as a destination for foreign investment after Joe Hockey upset investors and boardrooms by blocking a $3.4bn bid for grain handler GrainCorp last month. Since then, the Treasurer has approved two major deals for Chinese state-owned enterprises in the power and mining sectors.

"Yes it (GrainCorp) was a shock to everyone. It was viewed as a politically driven decision that would not stack up on economic grounds. But I don't think it is a massive issue," Mr Andrew said.

But he said "companies now have to be cautious".

"They need to go and talk to FIRB. Just don't assume you will get your deal waved through."

Mr Andrew's comments were backed by KPMG Australian chairman Peter Nash, who said the GrainCorp decision would "have quite modest consequences". He said: "It certainly was noted and was unfortunate, but at the end of the day it was one transaction. I think overseas investors will move past that issue relatively quickly."

By contrast, Mr Andrew said the decision of the Australian B20 business advisory forum, which will make recommendations for next year's G20 agenda, to drop corruption from its top priorities for 2014 had been criticised in the region.

"The previous two (G20 meetings) have made it the No 1 agenda item and the Australians are being seen as burying it a bit," he said. "The argument is that through the very good work of the G20, corruption in China and Russia is now being addressed. Whereas corruption in Indonesia isn't really being addressed and it is on Australia's doorstep. There are people who are passionate about this who want Australia to do more."

The B20 agenda is being spearheaded by Wesfarmers chief executive Richard Goyder and Mallesons chief Robert Milliner. Mr Andrew said the Australian decision was perfectly justifiable. "To be fair, the Australians are saying let's pick four things and do it well. And corruption is not a big issue in Australia." He said the recent Chinese government crackdown on graft was having far-reaching consequences. Behind the scenes it was having a huge impact on governance and mindsets at all the major Chinese companies.

"We see it manifested in many ways," he said. "At the moment you can't even give a mooncake -- a traditional greeting -- to a Chinese government official . . . This has all happened in three months -- it has gone from the way business is done in China to the way business isn't done and there are a number of senior people very scared about their past history.

"If you talk to the chairman of any state-owned enterprise, this is their No 1 issue -- to ensure they are compliant with the new direction. In the longer term, you are seeing a very different business culture come through."

He said this was having an impact on the processes around investment into Australia.

"For Chinese companies coming to Australia, it used to be driven by entrepreneurs," he said. "Now you have state officials alongside saying, 'Have you done the appropriate due diligence? Have you signed off the regulatory requirements? What lawyers are involved?' You are seeing a much more international standard of investment." This meant greater opportunity for Australian investment in China. "Services in particular is a great opportunity -- because they just don't know how to do it," he said.

"The Australian economy will still be quite challenged (in the year ahead), but . . . you will see more innovation and investment offshore in Asian markets. Already I am seeing significantly increased interest in Asia.’ ‘The Australian’