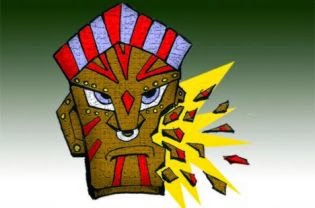 Indonesia received 180 recommendations when it was reviewed under the Universal Periodic Review (UPR) at the United Nations Human Rights Council (UNHRC) meeting on 23 May 2012 in Geneva.

The review, which highlights the challenges of human rights in Indonesia and the human rights responsibility of the government, is relevant as the world commemorated Human Rights Day on Tuesday.

Torture, which is rampantly practiced by state agencies, tops the number of recommendations, in which the UN member states asked Indonesia to amend the Criminal Code to include torture as a crime as stipulated in the Convention against Torture, Other Cruel, Inhuman or Degrading Treatment which Indonesia has ratified. Torture was a crucial issue that Indonesia had to address as recommended by UN special rapporteur Manfred Nowak, who visited the country in 2007.

Indonesia received 20 recommendations, the second highest number, regarding freedom of religion and beliefs and the increasing incidents of mob violence involving hard-line Islamist groups against religious minorities in Java and Sumatra. These acts of violence rose from 135 in 2007 to 216 in 2010 and 244 in 2011. The recommendations called for revision of national laws that are deemed discriminatory.

The third highest number of recommendations concerned freedom of political expression in Papua, including the lack of access by foreign media there. The recommendations called for full access to relevant international human rights and humanitarian actors and foreign journalists. On the issue of Papua, 13 delegations questioned repeated shooting incidents and violence targeting civilians. They perceived the Indonesian government as being “too much aware and suspicious” of the separatist movement in Papua.

Human rights activists and groups have recommended that President Susilo Bambang Yudhoyono hold a dialogue with the people of Papua. But the President seems to have opted for the establishment of the Unit for Acceleration of Development in Papua and West Papua (UP4B).

The fourth highest number of recommendations highlights the state’s failure to end impunity. It calls on the government to amend laws sensitive to human rights, reform the security sector through education and enhance national capacity to maintain security and enforce the law.

What is the importance of the 180 recommendations for Indonesia?

First and foremost Indonesia should follow up on the UPR recommendations for the coming four years. Secondly, it needs to measure its commitment to human rights protection. Third, it has to identify impediments to coordination among ministries related to human rights promotion.

No less pressing is coordination between the Ministry of Law and Human Rights and other ministries, and the national commissions on human rights to promote the recommendation of UPR 2012 to relevant stakeholders, civil society, non-governmental organizations and academics.

At least two recommendations from the UPR have been implemented recently through ratification of the optional protocols to the Convention on the Rights of the Child on the involvement of children in armed conflict and on child trafficking, child prostitution and child pornography.

More comprehensive measures should be adopted by the government to credibly address the human rights situation as stated in the UPR recommendations. First, Indonesia needs to use the mechanism to publicize and familiarize the public with the UPR recommendations and the efforts it has been taking related to human rights. Second, the Law and Human Rights Ministry needs to cooperate with various stakeholders at the national and provincial levels to address the gap between policy and practice. Third, the government should involve civil society groups to work with it in implementing the accepted recommendations.

To mark Human Rights Day let us strengthen our respect for human rights and exercise our right to learn about the UPR recommendations and how they are implemented.
Nukila Evanty, Jakarta,fellow with the Abo Academy for Human Rights, Finland and human rights adviser for RIGHTS Foundation.