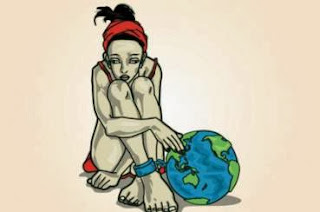 The survey found that only 0.5 percent of 200 respondents — comprising activists, academics, community leaders, journalists, lawyers and researchers — from 20 provinces, were convinced that if Prabowo was elected he would be committed to the protection of human rights.

An equal number of respondents also doubted Aburizal’s commitment to human rights. He, as owner of oil and gas company PT Lapindo Brantas, was deemed responsible for the Lapindo mudflow in Sidoarjo, East Java, which displaced thousands of people in 2006. National Commission on Human Rights (Komnas HAM) announced the Lapindo mudflow was a human rights violation and Lapindo Brantas was responsible for the man-made disaster.

On the other extreme, the survey found that popular Jakarta Governor Joko “Jokowi” Widodo was considered to be committed to protecting the basic rights of the people.

Jokowi got the nod from 39 percent of respondents, followed by former Constitutional Court justice chief Mahfud MD with 20 percent.

The study cited Prabowo’s dark past as the main reason behind the respondents’ poor assessment of him.

“It is obvious that certain segments of society remember his record,” Ismail Hasani, a Setara researcher said.

Setara Institute chairman Hendardi, however, said that as more people forget — or are not aware of — Prabowo’s past deeds, it was the responsibility of rights group to educate them.

“The majority of the public, especially young voters, lack knowledge. It is our job to evaluate and publish our findings on how committed these figures are to protecting and upholding the rights of the people,” Hendardi said Monday.

Prabowo will always be associated with the 1998 May riots in Jakarta, which precipitated the end of former Soeharto’s authoritarian regime.

A report by Komnas HAM in 2003 alleged Prabowo was responsible for gross human rights violations during the extensive riots, other leading military figures were also responsible including then Army commander Gen. (ret.) Wiranto, who currently chairs the People’s Conscience Party (Hanura).

The House of Representatives issued a recommendation for the establishment of a human rights tribunal on the case in September 2009, but nothing has been done yet.

According to the Setara survey, 53.1 percent of the respondents said that Prabowo’s reputation would influence voters. However, 46 percent said that it would not affect their preference.

A member of Gerindra’s board, Martin Hutabarat, said the pattern was predictable: as the election neared, attacks on Prabowo would intensify.

“I understand people will bring the discussion to the table every time we approach the election. We do consider this a serious matter but it will not affect us because we are focusing on the future instead of the past,” Martin told The Jakarta Post.

He said that Prabowo’s latest efforts evidenced this: He set up a legal team and traveled with them to Malaysia to defend the rights of Indonesian migrant worker Wilfrida Soik, who was on trial for murder and was facing the death sentence. Margareth S. Aritonang, The Jakarta Post, Jakarta