The controversy over ‘Merry Xmas’: Where’s the fatwa? 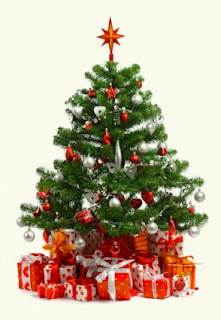 Christmas is around the corner. Again, some Indonesian Muslims, such as the chairman of the Ulema Consultative Assembly (MPU) of Banda Aceh, have revived the annual controversy

They argue that it is haram, or prohibited, for Muslims to greet their Christian friends and neighbors by saying “Merry Christmas”. The greeting is feared to be a theological confirmation of the Christian doctrine, which is fundamentally irreconcilable with Islamic teachings.

Many of those who promote the ban on Muslims saying “Merry Christmas” justify their position by referring to a fatwa or legal edict issued by the Indonesian Ulema Council (MUI) in 1981, and an opinion on the issue by Haji Abdul Malik Karim Amrullah, the highly respected cleric, widely known as Buya Hamka.

Surprisingly, based on my research there is no mention of banning Muslims from saying “Merry Christmas” in the 1981 fatwa. Buya Hamka himself even explicitly argued that it was permitted for Muslims to say “Merry Christmas”. This manipulation by hard-liners is definitely suspicious.

In 1974, during a regular morning talk show aired by the Indonesian Public Radio Channel (RRI), a listener asked Hamka, “What is the appropriate response for a Muslim when invited to attend a Christmas celebration?” Due to the lack of time, Hamka wrote out an explanation published by his Islamic magazine, Panji Masyarakat.

By discussing the fundamental difference on the position of Jesus — as God’s incarnation in Christianity, and as only a human but recognized as a special prophet in Islam — Hamka explicitly mentioned that it was permitted to say “Merry Christmas” as an expression of religious tolerance. However, Muslims are not allowed to participate in Christmas rituals. He offered as an analogy that it was fully acceptable for Christians to wish Muslims a happy Idul Fitri, but they certainly would not join in the Islamic prayers.

There was no controversy over Hamka’s explanation. In fact, there is nothing controversial.

Years later, the MUI, chaired by Hamka, issued a fatwa dated March 7, 1981, on the same matter. Its content is similar in principle to his previous opinion, backed with more Islamic sources and a stronger argument. The fatwa was issued in response to a request made by the Religious Affairs Ministry. It was also aimed at addressing some concerns among Muslims caused by the increasing trend of joint Christmas (Natal Bersama) celebrations in public offices and schools.

The power of Soeharto’s authoritarian New Order regime was greatest in the 1980s. Muslim groups were pushed aside as a “numeric majority” with no significant strategic role and positions in the economy, politics and bureaucracy. In contrast, more opportunities were opened to the Christian and Chinese minority groups. As a result, Muslims felt increasingly marginalized and profoundly disappointed.

In relation to the joint Christmas events, Panji Masyarakat magazine reported the increasing numbers of Muslims students required to participate, from making financial donations to becoming choir singers or actors in Christmas plays in their Christian schools.

The Ulema Council identified these occurrences as a threat to the Islamic faith and principles.

The MUI’s claim can be interpreted as rhetoric to raise Muslims’ bargaining power against the government and Christian minority groups who were politically and economically much better off.

Yet, the fatwa never mentioned the prohibition of the “Merry Christmas” greeting. It does prohibit Muslim participation in Christmas events within the aforementioned context.

The text of the fatwa was sent out to MUI local offices and was published in MUI’s bulletin. Soon it was spread to the general public and caught media attention — and the controversy followed.

Alamsyah Ratu Prawinegara, the then religious affairs minister, who was actively promoting the Three Pillars of Harmony (Tri Kerukunan) — i.e. harmony among religions, harmony within religions and harmony between religious communities and the government — felt pushed aside and upset. First, he didn’t expect the fatwa to circulate to the general public. Second, it seriously threatened his harmony project.

In a meeting with the MUI, Alamsyah expressed his disappointment and considered resigning. The MUI promptly responded by issuing a decree signed by Hamka declaring that it would cease circulating the fatwa — though its content remained valid. Due to the prolonged controversy and tension between MUI and the government, finally Hamka publicly announced his resignation.

Nevertheless, again, neither Hamka nor the MUI had mentioned that Muslims couldn’t say “Merry Christmas”. Panji Masyarakat even published an article recommending that a Muslim invited to a Christmas celebration should “come, sit and eat when the food is served” as long as he or she didn’t participate in the ritual aspect of Christmas. The prohibition is for participation in Christmas rituals, and not for attendance.

So where did the idea of prohibiting the “Merry Christmas” greeting come from? Nobody knows.

The sense of “feeling threatened”, as the scholar Mujiburrahman once wrote, is a possible explanation. The sense of being threatened, either among Muslims, Christians or other religious communities, has become the daunting atmosphere of inter-religious relations in Indonesia.

Despite the radical shift of Muslims’ position from the periphery to the center of power of the New Order with the establishment of the Association of Indonesian Muslim Intellectuals (ICMI) in 1990, some Muslims have stuck to being the “majority with minority mentality”.

As the loser in the past, such Muslims still feel threatened and deeply jealous of not getting a fair share of the pie.

After emerging victorious, however, they now may feel worried about losing their power.

Even a normal expression of “Merry Christmas”, has been considered a threat to their faith and thus was prohibited.

In the past, this kind of rhetoric was used to raise their bargaining power; today the same rhetoric is used to keep privileges and satisfaction as the powerful majority.

However, maintaining the feeling of being threatened all the time, moreover when manipulated for political games, is extremely dangerous. Worsening discriminatory practices, even deadly persecution, against the Ahmadi, the Shiites and also the congregations of the Yasmin Church in Bogor and the Filadelfia church in Bekasi, and many other cases, are parts of the logical consequences related to this psychology of “feeling threatened” among the Muslim majority.

The twisting of the prohibition of Muslim participation in the ritual aspect of the Christmas celebration as once espoused by Hamka, and reasserted in a MUI 1981 fatwa, to become a ban against Muslims saying “Merry Christmas”, is a reflection of how some Muslims desperately hold to their sense of feeling threatened. It also indicates an alarming intolerant attitude.

We should not let it grow worse. Nobody, either a member of majority or minority group, is justified to manipulate the facts for the sake of his or her own group’s narrow interest at the expense of others.

Otherwise, things will get even uglier and lead us all to dig out our own public graveyard.
__________________
Nevertheless, again, neither Hamka nor the MUI had mentioned that Muslims couldn’t say “Merry Christmas”.
_______________
The writer is a lecturer at the Center for Religious and Cross-Cultural Studies (CRCS) at the Graduate School of Gadjah Mada University (UGM) in Yogyakarta.