Ukol Talumpa, mayor of Labangan in the southern province of Zamboanga del Sur, his wife and at least two others were shot dead by two men on a motorcycle, dressed in police uniforms. Five others were wounded in the December 20 attack at the arrivals area of Ninoy Aquino International Airport. 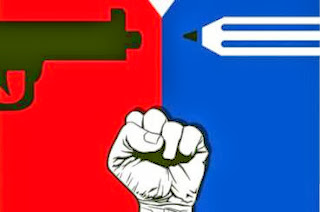 "The investigation is ongoing," Carmelo Valmoria, chief of the National Capital Region's police office, said today by phone. "We have increased police personnel outside the airport" and attached officers to its security force, he said.

The attack, the third reported on Talumpa in as many years, may raise concerns among tourists about safety in a country just starting to recover from Typhoon Haiyan, which in November killed more than 6,000 people and left an $8.2 billion reconstruction bill. The government is also in the final stages of negotiating a peace accord with Muslim rebels in the south. 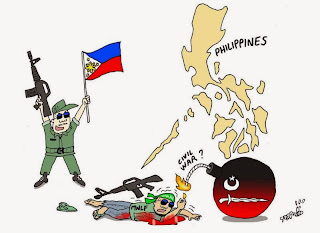 "President Benigno Aquino needs to step up security measures in metro Manila because violence, regardless of whether it's politically motivated or not, is a drag on the country's image," said Richard Javad Heydarian, a political science lecturer at Ateneo de Manila University. "Everybody knows that we don't have the best airport in the world. This egregious incident shows tourists that it's also not a safe airport.'

Aquino ordered police to conduct a full investigation and pursue the attackers.
"The government will adopt necessary measures to ensure the citizens' safety, especially during this holiday season," Communications Secretary Sonny Coloma said in a text message.

The mayor survived an ambush in November 2010, when he was attacked by two gunmen in Manila, according to the Philippine Star, which said police at the time cited politics, business rivalry and personal conflict as potential motives. Last year, he and his wife were set upon by armed men while traveling to Pagadian City, the provincial capital, according to a report from the military.

Talumpa was the town's vice mayor when the earlier attacks happened and was elected mayor this year under the opposition Nationalist People's Coalition. Labangan is a town of nearly 40,000 people, located about 270 kilometres  from Zamboanga City, the commercial center of the Zamboanga peninsula.

Three weeks of fighting in Zamboanga City between government forces and a Muslim separatist group in September killed at least 203 people and delayed peace talks with a separate group of rebels. Earlier this month, the government said it expects to sign a final accord with Muslim rebels in January, bringing Aquino closer to his pledge of ending four decades of conflict on resource-rich Mindanao island.

The insurgency in Mindanao has killed as many as 200,000 people and stifled development in the area. Ending one of Southeast Asia's most entrenched conflicts could help bring investors to Mindanao and unlock mineral deposits worth an estimated $312 billion.

Mindanao accounted for 14.4 percent of Philippine output in 2012, according to government data. It's also home to much of the country's Muslim population, which accounts for about 5 percent of the Philippines' more than 100 million people, according to estimates by the U.S. Central Intelligence Agency.

Ninoy Aquino International Airport had 32.1 million passengers in 2012, 8 percent more than the year earlier, according to its website.