China tries to own the sky 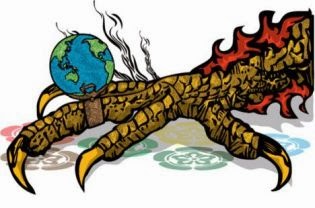 The immediate aim of China’s declaration of an air defence identification zone (ADIZ), covering most of the East China Sea, appears to be to strengthen China’s position in its territorial disputes with Japan

The disputes include not only the sovereignty of the Senkaku/Diaoyu islands but also the question of overlapping exclusive economic zones (EEZs) in the ocean and seabed.

Chinese strategists probably see the ADIZ as bolstering China’s claims by demonstrating administrative ‘control’ over the disputed area. The ADIZ declaration also supports the broader Chinese objectives of establishing a sphere of influence on China’s periphery and pushing US strategic influence out of the region. If foreign aircraft obeyed China’s demands, US and Japanese military aircraft would not be allowed to enter within 200 miles of the Chinese coast without prior approval from Beijing.

Beijing probably did not anticipate the strength of the foreign pushback against its declaration. Declaring an ADIZ accords with accepted international practice, and Japan and South Korea both already have ADIZs in the East China Sea. Japan’s ADIZ for that matter cuts into China’s claimed EEZ. The Chinese might have expected that foreign powers would have no basis for complaining without appearing hypocritical.

Nevertheless, the region is seeing the ADIZ declaration as impetuous behaviour by the Chinese. Four reasons for this stand out.

First, China is demanding that foreign aircraft obtain Chinese permission even if they do not intend to enter Chinese territorial airspace but are merely passing over the ADIZ. This goes beyond the requirements of other countries’ ADIZs, including that of the USA.

Second, China did not discuss its plans with Tokyo or Washington before making the declaration. The issue is not that China must get American or Japanese permission before implementing Chinese policy. Rather, the issue is that China acted unilaterally in an area with heavy US and Japanese air traffic. Common sense would dictate that consultation and cooperation with the US and Japanese governments would be prudent before changing the rules in that area.

Third, China’s move further raises the already high tensions over territorial disputes in the area, especially the sovereignty of the Senkaku/Diaoyu islands. It increases the possibility of a lethal international incident in the air, even if unintended.

Finally, Beijing’s action suggest that the Chinese are seeking to coerce the Japanese into backing down rather than pursuing the less risky course of peaceful negotiations. More broadly, the ADIZ affair is a disturbing sign that a stronger China will bully its neighbours, which discredits Beijing’s assurances that China will never seek hegemony or a sphere of influence. Accordingly, Washington will see the ADIZ declaration as a challenge to the uneasy status quo of the China-Japan territorial dispute, and the regional order that US power upholds. Non-compliance by foreign military aircraft with China’s ADIZ rules is necessary to avoid tacitly awarding China a strategic success, which in turn might lead to new Chinese ADIZs in the South China Sea and elsewhere.

It is questionable whether the ADIZ declaration serves Chinese interests. If it was intended to strengthen China’s claim over disputed East China Sea territory, the immediate result seems to be the opposite: foreign governments are rejecting China’s demands that foreign aircraft comply with China’s ADIZ rules. Japanese and US military activities in the area are likely to push harder against China’s regional leadership ambitions. The swift and unambiguous defiance by foreign governments, led by the US gesture of flying two B-52 bombers through the zone, leaves the Chinese government subject to domestic ridicule for appearing like a paper tiger. It is now politically impossible for the Chinese government to rescind the ADIZ. The most we can hope for is that Beijing will announce that it is monitoring non-complying foreign military aircraft in the new zone, and that this will be enough to temper China’s domestic nationalism from forcing the Xi government to aggressively reassert itself with an aerial confrontation.

China may have hoped the ADIZ declaration would isolate and weaken Japan, by cowing the Americans into backing away from supporting their ally. But not only did China’s declaration (which came a few days before the US vice president visited Japan) produce a strong and unified US-Japan response, it also adds fuel to Japanese Prime Minister Shinzo Abe’s agenda of strengthening Japan’s military posture — a highly negative outcome from China’s standpoint. To make matters worse for China, its ADIZ declaration has damaged its relationship with South Korea, which has tried hard to get along with Beijing.

China has lost strategic ground since 2009. A widely held perception that a confident China is behaving more aggressively has increased demand in the region for enhanced security ties with the United States. The Xi government seemed to signal its desire for a diplomatic reset through the Xi-Obama summit in California in June this year, using the mantra of ‘a new kind of great power relationship’. Perhaps Xi, who needs a lot of elite support to carry out his program of economic restructuring in China, must pursue a confrontational foreign policy to satisfy a portion of his power base that demand a settling of scores with Japan and other adversaries. It may be a highly difficult balance to strike for the Chinese government to fulfil this contradictory agenda: to achieve the ‘Chinese dream’ of economic prosperity while at the same time avoiding a foreign policy posture that encourages foreign military encirclement.

Denny Roy is a senior fellow at the East-West Center, Honolulu.East Asia Forum