Singapore's Little India Riot A Shock, But Not A Total Surprise

For the first time in decades, a riot broke out in central Singapore on Sunday night, bringing to light simmering discontent among the island nation’s migrant community

An angry crowd of South Asians turned violent after a bus ran over and killed an Indian worker as he was crossing the road in Singapore’s Little India — a vibrant cultural district of shops and restaurants that serves as a hub for the hundreds of thousands of Indians working in Singapore — at about 9:30 in the evening.

Video from the incident shows men yelling in Tamil as they set upon the bus, even as the body remained pinned under the vehicle. One man smashed the front windscreen with a pole while another repeatedly struck it with a garbage can. 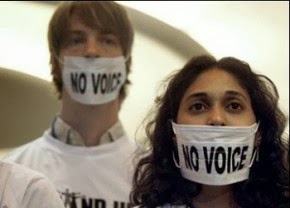 The mob continued to grow, and hurled objects at the Singapore Civil Defence Force rescuers trying to reach the victim before turning on arriving police reinforcements. They overturned four police cars and set three patrol cars and an ambulance on fire, triggering several fiery explosions that reverberated through the city streets.

Anti-riot forces were dispatched, consisting of special operations and Gurkha officers, helping the police to contain an estimated 400 rioters within two hours. Rohit Soddhi, 25, who works at Jungle Tandoor Restaurant, located a few streets away from the site of the bus accident, told Singapore’s The Straits Times: “I saw a huge mob running towards my restaurant and down Upper Dickson Road. The police chased them.”

Eighteen people were hurt during the melee, including four SCDF and 10 police officers. The driver of the bus underwent surgery for a neck injury sustained during the riot. He is being questioned by police, but has not been placed under arrest.

Government officials, meanwhile, have appealed for calm. Tan Chuan-Jin, who heads the Ministry of Manpower, the ministry that oversees migrant workers in Singapore, posted on his Facebook page:  “Stay calm. Avoid racial comments. Why? Emotions are raw and can stir unintended knock-on effects.”

But the backlash has already begun.

While most Singaporean residents were shocked when they woke on Monday morning to the news of the rioting, the incident highlights ongoing tensions between the ethnic groups that call Singapore home. More than five million people live in Singapore, but only three million were born here. While 75% of the population is Chinese, the Malay, Indian and Eurasian make up significant ethnic subgroups.

Breaking down the demographics even further: According to the non-profit group Transient Workers Count Too, there are nearly one million low-wage migrant workers in Singapore — they make up about 20% of the country’s total population — who do the dirty, dangerous and lowly paid jobs that Singaporeans don’t want to do. These men come mostly from India, China, Bangladesh, Indonesia and the Philippines and work in industries ranging from construction, sanitation, manufacturing to domestic work.

“Migrant workers … contribute immensely to Singapore society and our economy yet they often suffer unconscionable exploitation,” says the group, which can include long working days (or no days off), substandard accommodation and unpaid salaries. They also suffer from social discrimination and the frustrations that come from having few choices in their lives.

In a timely piece published by The Daily Beast in November, writer Kirsten Han details the story of a young Bangladeshi who is comes to Singapore to make it rich but six years later is laid low by injury and debt. According to Han, there are more than 306,000 construction workers here from overseas, and their experience in Singapore involves kickbacks, dodgy contracts, exploitation and abuse, often with little recourse.

But online, many Singaporeans are angry with rioters, blaming them for threatening the country’s bedrock stability. On the government website Reach, a forum for Singaporeans to air their views, comments ranged from disbelief to questioning what this will mean for Singapore’s ruling political party: “Quite shocking … Can the PAP [People Action's Party] now still say that Singapore will be a place of harmony and security even as foreign workers are being let into Singapore by the thousands?”

Then there was downright acrimony. In the comments section of the YouTube bus video, “dragonvenon105” posted: “Outsiders coming to our country because their own country has not enough work should be greatful [sic]. Singapore has no riots for manys [sic] years, so why should they have the rights to start a riot? Because they help build our country? I DON’T THINK SO!”
The last time police were deployed under similar circumstances was during a series of racial riots in Singapore in 1964. In July that year, 36 people died and 568 were injured after a confrontation between a group of Chinese and Malay during a celebratory procession marking the Islamic prophet Muhammad’s birthday. Three thousand people were arrested. In September, 13 people were killed and 106 people were injured after a group of Chinese were accused of murdering a Malay trishaw rider. About 500 people were arrested.

So far, 27 men from South Asia had been arrested in connection to the rampage. Expect more to follow: Prime Minister Lee Hsien Loong has promised the government will spare no effort to identify the culprits, who will face the full force of the law.

*From the author: This article has been modified to correct the use of the term race riot, which was not intended to characterise this event as racially motivated.