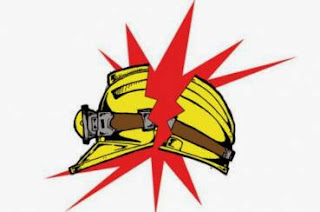 Indonesian mining companies are facing shutdown after the House of Representatives rejected a government proposal to ease the ban on exporting unprocessed ore, which is set to take full effect at the beginning of next year.

During a meeting with members of the House on Thursday, Energy and Mineral Resources Minister Jero Wacik proposed that mining companies showing a strong commitment to build domestic smelters should be exempted from the ban.

House Commission VII overseeing energy and mineral resources rejected the proposal, saying that mining firms had been given plenty of time to build smelters, but had failed to show concrete action.

If implemented as planned, the ban on exporting raw ore could cripple the country’s mining sector, as most firms, including giants Freeport Indonesia and Newmont Nusa Tenggara (NNT), do not process most of their ore in local smelters.

Indonesian Mining Business Association (Apemindo) executive director Ladjiman Damanik said that the House’s rejection of the proposal was a big blow for miners.

He said that massive layoffs would ensue, as miners unable to comply with the new law would have to cease operating.

“Many mining operations will close. Only Vale [PT Vale Indonesia] will remain open and Antam [PT Aneka Tambang] will be partly affected as it can continue selling bauxite and nickel ore,” said Tony Wenas, deputy chairman of the Indonesian Mining Association (IMA).

He affirmed that thousands of workers would lose their jobs. Local economies would be also affected, due to the drop in contribution from mining firms.

The 2009 Mining Law requires mining companies in Indonesia to process ore in domestic smelting facilities starting in January 2014 — an effort to boost the country’s downstream industry. To enforce the requirement, exporting raw ore will be forbidden.

During the hearing, Jero fought for wiggle room, arguing that an exception should be made for companies that had begun preparing to build smelters as they would need raw ore export revenue to finance the construction.

Bambang Wuryanto, a lawmaker from the Indonesian Democratic Party of Struggle (PDI-P), said no exception should be given, as the miners had already been given more than four years to prepare their smelting facilities.

“We don’t want to create a shock in the mineral and coal sector. However, we don’t want this law
ignored,” he added.

Observers have said that the raw ore export ban would seriously dent the country’s export earnings and widen the country’s trade deficit. Government revenue would also take a big hit, as taxes and royalties from mining companies would decline significantly.

Freeport Indonesia, the local subsidiary of American mining giant Freeport McMoRan Copper and Gold, has warned that it could shut down its mining operations in Timika, Papua if the ban was implemented without exception.

Currently, Freeport Indonesia, which employs about 24,000 workers, ships about 40 percent of its annual production of around 2.5 million tons of copper concentrates to its partly owned smelter PT Smelting in Gresik, East Java.

The mining giant has agreed to process the larger part of its concentrate in two other local smelting plants, which are now under feasibility studies. The two smelters are scheduled to begin commercial operation in 2017.

NNT, a subsidiary of the US based Newmont Corporation, has made a contingency plan to anticipate the full implementation of the ban.

The company said recently that the contingency plan took into account the worst-case scenario, which would occur if the government refused to ease the ban. Last month, there was a rumor circulating that the company, which operates a giant copper and gold mine in Sumbawa, West Nusa Tenggara (NTB), would be forced to cease operations because it will be unable to comply with the law.

Newmont also processes part of its copper concentrate with PT Smelting in Gresik. The company has agreed to process the rest of its production in local smelters, which have yet to be constructed. ‘Jakarta Post’