INDONESIA they bite the hands that feed them ! DIGS ITSELF INTO A VERY DEEP HOLE 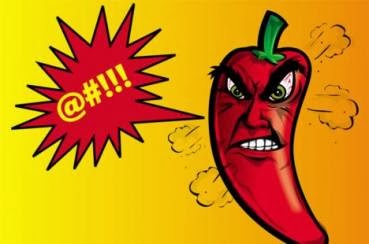 INDONESIA they bite the hands that feed them !

DIGS ITSELF INTO A VERY DEEP HOLE

Saving face may be a high priority for an Asian but in the real world of international diplomacy it can be very costly. And SBY has foreshadowed a showdown that is likely to leave him without a face to save. Demanding an apology leaves no room to manoeuvre, as does giving an apology, and Australia understood that when an apology wasn’t demanded from Indonesia over their troops’ slaughter of five of our journalists in Balibo. An apology is an admission of guilt and not even Whitlam could expect that of them.

SBY’s statement that he will not co-operate to protect our borders (unless an Abbott apology is forthcoming) is close to a declaration of war: He is saying his administration intends to continue to support, and profit from, the breaching of our sovereign borders. That’s pretty serious stuff!

Unfortunately that’s the only card SBY has to play... Abbott has a full deck.

Ex-Indonesian army generals like SBY are usually not known for their high IQs but this bloke is different yet his naiveté is confounding.

As we said initially Abbott will not be apologising for anything and if SBY is silly enough to play the smuggling card he is courting a public relations disaster... he doesn’t realise the importance to us.

“So, Mr Bambam, while you are still getting your priorities in order, please return the two patrol boats that we gave you and also return the two that Ms Gillard gave you, you know, the ones that were supposed to be used to intercept boats but are in north-east Sumatra somewhere fishing.

"Of course you understand you will be without $648.8 million in aid budgeted for next year, so the renovations on your weekend palace will just have to wait.

“Oh, and the $500 million to build schools on that land your brother intends to sell you (but hasn’t bought yet) you can give that back.

"But we don’t want the Hercules returned, they cost more to keep in the air than the aircraft is worth but we won’t be upgrading them for you now, nor paying for the fuel.

“Forget that costly HIV assistance program and the almost two million needles we supply to your addicts. Also inform those doctors we train for you, you know, the ones who can’t tell a stethoscope from a thermometer?

“You will need to apologise to those 600,000 poor people who we were in the process of supplying running water to, guess they’ll go thirsty or get sick again now.

“And sorry, but we will be unable to train your military personnel anymore because they might be shooting at us now... just as well they couldn’t hit the water if they fell out of a boat, eh?

“Oh, and the 596,000 teachers and school officials who couldn’t read? Unfortunately we will have to cancel the adding-up classes now.

“You remember that 110 kilometers of roads we had under construction? Oops, those potholes!

“Oh and that wonderful ‘Empowerment of Women’ program across 3,234 villages? Guess those Islamic blokes will be happy about that eh?

“And what about those 1,598 officials we were training in electoral management systems? You politicians will be over the moon about that I guess.

“And that real-time Rapid Response Earthquake Impact Estimation System we were setting up for you. That’s stuffed now.

“But we will keep our commitment to deploy assistance within 48 hours of any Indonesian disaster because, unlike you lot, we are a decent people.” Author Larry Pickering PICKERING POST
Posted by Kerry B. Collison at 3:03 PM