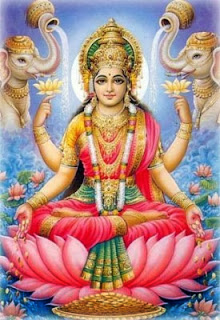 A half-century after the idea was first raised, India finally has its “Lokpal,” or “protector” in Hindi. The term refers to the anti-corruption watchdog body, approved by Parliament last week, whose Herculean task it will be to root out public corruption that saps billions of dollars from the exchequer, extorts bribes from ordinary citizens when they need anything from a land-use permit to a driver’s license, and has almost obliterated Indians’ faith in their once-proud democracy

The manner of the bill’s passage would seem to validate all cynicism about its prospects for success. After stalling the measure for two years, the ruling Congress and opposition Bharatiya Janata Party suddenly united to pass it after barely an hour’s debate in the lower house. No doubt they were motivated less by conscience than by the shocking victory in recent state elections of the new Aam Aadmi, or “Common Man,” Party, which had made the Lokpal its central demand.

Still, this is all to the good: Leaders were forced to heed the will of the people, democratically expressed. The new law creates an independent national agency with the power to investigate and prosecute civil servants and elected officials all the way up to the prime minister. Though its task has only grown more daunting with the passage of time — the World Economic Forum ranks India 98th out of 148 countries in the diversion of public funds, and 115th in the public’s trust in officialdom — it represents a critical first step in the battle against corruption.

The danger lies in thinking that the fight is now over. Almost as soon as they’d passed the bill, the Congress and BJP began an escalating contest to express the greater outrage over the arrest of an Indian diplomat in New York City. Any mention of the Lokpal virtually disappeared from Indian cable television and editorial pages.

Yet the Lokpal will not be able to succeed on its own. Arvind Kejriwal, the founder of Aam Aadmi, may go too far when he dismisses the new body as a toothless “joke-pal.” But much more work will be needed to ensure that the Lokpal can be effective. Better protections would encourage more whistle-blowers to come forward, for instance, while tougher rules are needed to insulate investigators from government interference.

More important, no single oversight body can tackle the breadth and complexity of corruption in India. Legislation that would make public procurement more transparent has been stalled in Parliament for more than a year. A flood of “black” — untaxed — money continues to vanish overseas: nearly $85 billion in 2011, third-most worldwide. Political donations remain opaque, allowing businesses to unduly influence politicians. Without major police reforms, citizens will still be vulnerable to regular extortion; without fixing the clogged courts, any appeals to justice will languish for years.

Only sustained public pressure can create an environment in which a body like the Lokpal can succeed and defend itself against enemies. Even Indonesia, which has built up one of Asia’s most effective anti-corruption agencies, has depended on deep public support and a strong investigative news media to achieve results.

Indians should not assume that a small set of crusading graft-busters can now proceed to magically cleanse the government and political system. They are still part of this fight — or should be, if they want to win. By Bloomberg