The Bali Package: Good for development? 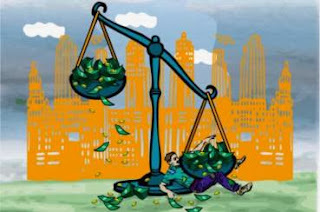 Anytime big business celebrates, warning flags go up in the global development community. Such is the reaction to the Bali Package concluded at the 9th World Trade Organization’s (WTO) Ministerial Meeting two weeks ago.

Business led by the US Chamber of Commerce and others, and the financial press led by the Financial Times, have called the Bali Package a breakthrough, and a new beginning for the WTO. Supporters have also claimed that the deal is good for development, citing commissioned research that shows 18 of the 21 million jobs to be created will be in the developing world.

Contrast these reactions with those in the global development community, where there is at best grudging acceptance of the deal.

More commonly, the view that the deal is a giveaway to big business, an obstacle to greater food security, and an imposition of more costs on developing countries. Indeed, as the agreement was being negotiated, there were lively protests in Bali by community and workers’ organizations which claimed that key development issues were deliberately being left off the table.

The truth is, not surprisingly, somewhere in the middle.

The trade facilitation agreement at the heart of the Bali Package aims to cut red tape at borders and in customs by harmonizing standards between countries, getting rid of duplication and upgrading systems.

The aim is also to create transparency in customs and border processes, which are notorious corruption black spots, and as a result to help trade flow faster.

The benefits will be felt by all businesses which trade or network with global supply chains.  Indeed, reforms should be especially helpful to small and medium enterprises (SMEs) who may have less leverage within corrupt, opaque customs environments.

In order to achieve all of this, developing countries will have to invest in training, equipment upgrades, and cutting through bureaucratic silos to accede to the conditions set by the deal, and while this will cost, multilateral financing is to be made available.

There is also an extended timeframe for implementation, meaning that developing countries will be given time to push through the reforms.

Ultimately, these moves will support expansion of trade and the integration of developing countries into global supply chains which are key accelerators of economic growth — particularly in early stages of development.

Let us not, however, make the mistake of thinking that growth alone is sufficient, or even an end in itself. Economic growth may be celebrated only to the extent that it drives sustainable development, broadly defined as the widespread enabling of more people to live better lives within ecological limits.  While it is can be a critical contributor to development, this has not always been the case.

There are many examples of economies which have experienced numerically high growth, but with severe impacts on environmental and social well being, which end up being costly to repair ex-post facto.

China’s desire in its 12th Five Year plan to swap fast growth for higher quality growth is an admission of this. Think also of Hong Kong and Malaysia, both of which have chased the “God of growth” only to find that social development has been left behind.

The experience of emerging Asia is that growth expands the economic pie, but in order to be sustainable, needs to be conditioned by a strong pro-development governance and policy framework which fairly allocates the fruits of expansion.

In practical terms, this means that we should grow supply chains as much as possible, but framed by good social and environmental protections. Social protections will ensure that workers are fairly treated and that gains are shared fairly between labor and capital.

Environmental protections are needed so that companies do not shift the environmental costs of their operations onto the public purse. This will all require good public policy, stringent codes and enforcement, and redistributive fiscal policies.

Some will inevitably argue that fast growth is better — or that we should not slow down growth with strict policies — and that the gains will be shared later. The experience of wealthier Asian nations is that the rich and powerful never give up privilege easily, and can effectively block all but the most marginal redistributive efforts.

Investments must therefore be made sooner, into public services which promote equal access to the opportunities that economic growth creates. These can include education and job training, good community planning, public health systems, and so on.

In other words, a strong government and pro-development policy framework can help ensure that growth will coincide with social progress, and must therefore be built up in line with efforts to expand growth.

The disappointment of development advocates over Bali, may simply reflect the realization that the world is focusing on delivering the latter without due attention to the former.

Of course, the WTO is concerned mainly with trade, not development.  Against all odds, it has delivered a deal that balances gains fairly between developed and developing countries, and between big and small businesses, and it should be given credit for this.  It is a necessary first step. But let us realize the task is unfinished.

We must now devote equal effort s to do the hard work of building strong pro-development frameworks backed by governance with teeth.  Only then will the cheers inside the conference halls be echoed outside as well.