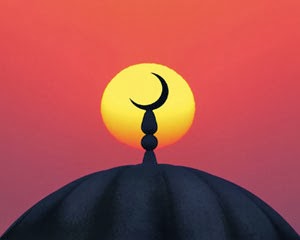 FOUR decades on and after some very unpalatable violence, the separatism plaguing the provinces of South Thailand has become more difficult to characterise. Even to say that the separatists are the culprits behind the recent bombings in Songkhla province is not a certainty. Organisations there, be they criminal, militant or political, have come and gone on quite a regular basis with each dying group replaced by one newly spawned. Where once the ideology was easily identifiable as calling for the resurrection of the Islamic kingdom of Pattani, these sentiments are morphing into a struggle for an independent nation of the five overwhelmingly Muslim provinces of the South, all bordering Malaysia where blood relations straddle. Families exist on both sides of a boundary arbitrarily decided, most recently, after the post-World War 2 return of the British to colonial Malaya.

That Malay-Muslim Pattani was given over to Thai sovereignty merely perpetuated the then already half century of resentment against Bangkok's insistence on assimilation, which rage tended to periodically translate into armed insurrection. Meanwhile, on a more regular note, murders, assassinations and missing individuals became a customary feature of the landscape. This lawlessness that has yet to be eradicated confused the picture to the point that even Bangkok made the mistake of dismissing the idea of Islamic militancy in recent years. There is, too, the rather secretive nature that organised political terror there has taken. Since the early 21st century, the tendency has been for such incidents as the recent bombings to be left unclaimed by the perpetrators. This, according to observers familiar with the situation, is also making negotiated settlement difficult given that identifying the personality most influential on the ground is tricky.

Indeed, an educated guess regarding the latest bombings leads one to the conclusion that the separatist offensive has opened a new theatre in Songkhla. Until very recently most of the separatist war has been confined to Narathiwat, Yala and Pattani, which analysts have attributed to the difference in ethnicity of the Muslims in Songkhla and Satun. This latter is generally regarded as Thai-Muslims and the former, Malay-Muslims. If this analysis is accepted, then separatist sentiment is spreading along the ummah construct. However, given that the incident took place against the Bangkok political turbulence and the impending general election called by Yingluk Shinawatra's administration, what are the chances that this could be a causal factor? More important to Malaysia though is the proximity of this latest act of terror, which must raise the alarm on this side of the border. Indifference and complacency are not options.