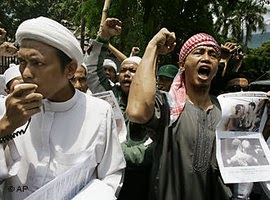 Looking at the news, the threat of religious conflict in pluralistic Indonesia seems likely to continue. It seems every December in recent memory there has been religious strife that disturbs our year-end

Last year, Muslims were told by Indonesian Ulema Council (MUI) leaders to not say “Merry Christmas” to their Christian friends or neighbors. Instead of coming up with fresh arguments based on the Koran or hadith (accounts of the Prophet), the clerics mistakenly invoked worn out arguments. 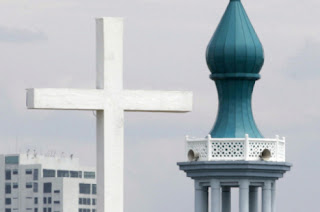 This December, the MUI said both medicines and vaccines must obtain halal certification. Deputy chairman of the council Ma’ruf Amin said that Muslims had to regard pharmaceutical products as they did food and drink (The Jakarta Post, Dec. 12).

This December, in the mosques or other places of worship, hate speech has already begun. At schools where Muslim students are studying religion, we will see and hear the teachers urging them to consciously differentiate themselves from their fellows who embrace different religions, to be extremely careful of anything that will make them defy their aqida or theology as Muslims.

Substantially, in the case of the MUI prohibiting the consumption of haram pharmaceutical products, there might not be any problems, because it’s natural for the body to advocate religiously accepted edicts for Muslims. But with its political stand, as we can see in the effects of the edicts and statements it has made in recent years, it will be always a dangerous knife with two sharp sides.

Despite being a non-governmental organization, its closeness with the state (and power) has given it unexpected dominance that often undermines the public good.

It has so far been an effective channel for the dissemination of Islamic radicalism with all of its destructive consequences.

Superficially, therefore, the advocacy of halal certification for pharmaceutical products is said to be just an effort to ensure Muslims are consuming religiously permitted medicines.

Yet, underneath that simple assertion, we must be aware of the suspicion among Muslims concerning many things in public life.

Intentionally or unintentionally, such statement is a potential source of unnecessary acute tension that actually positions ordinary Muslims in a bad situation individually, socially and economically.

As such, we have also long seen the phenomenon as the problem of lacking sensibility for the common good. A religious edict is mainly the result of purely scriptural reasoning processes that are unchained from accurately considered contexts or tragically as a result of a partial and short-term balancing act assumedly for the sake of the majority of Muslims.

And we then know that the edicts or even just rhetorical speeches of the clerics can be more powerful than the state constitution itself.

Yet, this December, thankfully, is still marked by happiness. We have seen Christmas trees in the malls since the beginning of the month. In the towns and cities, where we might assume things would be gloomy, shows of diversity are still staged at least symbolically.

In a shopping mall in Padang, where the discussion of imposing a nightly curfew on women continues to smolder and intolerant organizations haunt civilians, we still could hear our children ask, “Oh, the tree is very beautiful. Mommy, can we buy one and place it in the living room at home?”

Or in souvenir shops almost everywhere, except in Aceh (probably), we still find several choices of gifts to buy for our friends who celebrate Christmas. At the intersections and near public places — which are often not public anymore because of the reduced number of colors allowed to be there — cops bring a sense of security regardless of our doubts about its quality.

Pessimistically, we might think, “Oh, it’s just that, not more. We don’t know what might happen tomorrow.”

However, we know that change starts from optimism. With the rest of what is left, as this transitional phase of democratization is a work in progress, hope should be there.

The future of mankind is not in the hands of the pragmatists with their religiously illuminated illusions, but in the audacity of the dreamers who stand against the waves of uncertainty.

Have a nice December!

The edicts or speeches of the clerics can be more powerful than the state constitution itself.
By Khairil Azhar, Jakarta researcher at the Center for the Study of Religions and Democracy (PUSAD), Paramadina Foundation, Jakarta.