The pseudo-theory on origins of the ‘Malay race’ 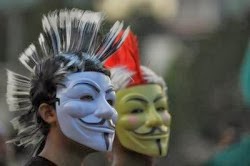 Anthropological theory is rarely the subject of news headlines. In Malaysia, however, over the past several months, a new ‘theory’ of the racial origins of ‘bangsa Melayu’ (Malay race) has caught the attention of the media and generated reactions from the public. Some have embraced these theories uncritically as breakthroughs in anthropological and scientific research while others have condemned them as being downright racist

These reactions, largely expressed through social media, have yet, however, to lead to a critical scholarly and public debate. Such a debate should interrogate not just the content of the theory itself, but also the very persistence of the concept of ‘race’ in Malaysian public life. Why does ‘race’, an outdated category in so many parts of the world, still matter so much in Malaysia? And what does the rise in research on racial origins and authenticity actually reveal?

The ‘theory’ surfaced publically on September 28, when Zahara Sulaiman, a so-called historian affiliated with the Malaysian Archaeological Association, came under the media spotlight for her now-infamous Nam Tien lecture.

In her presentation, Zahara inventively extended the concept of 'Nam Tien', a term long-used to refer to the migration from the Red River Delta to the Mekong Delta that occurred between the 11th and 18th century, to present an argument that the Malay race (a category in which she included Mons, Khmers and Chams) has for thousands of years been the target of a deliberate southbound invasion from the Northern peoples (namely, the Chinese) who have been allegedly jealous of the superiority of Malay civilisation and innovation.

Zahara’s ‘research findings’ came from a research project that seeks to trace the origins of the Malay race. Datuk Seri Mohd Ali Rustam, former Chief Minister of Malacca and president of the state-linked organisation Dunia Melayu Dunia Islam (Malay-Islamic World) announced that the project, which also involves professors from Universiti Kebangsaan Malaysia and the University of Malaya, apparently after some 20 years of ‘scientific’ research, has generated ‘ground-breaking’ new findings that trace the origins of the Malay race all the way to the Middle East.

Neither scientific nor anthropological research seem to have been taken seriously in the development of Malaysia’s latest racial origin theory. While this pseudo-theory was presented as an important contribution to ‘scholarship’, it bears, alas, little trace of academic rigour.

In late November, a video showing Zahara expounding the findings of the new research at a seminar began circulating on YouTube. In her introduction, she states that the Malay race "is the most-envied race", envied, indeed, "by the entire world".

She then goes on to describe the prehistoric nature and wide-spread existence of the 'Malay race', a label conveniently applied to all Austronesian linguistic populations, from Madagascar to the Pacific.

The story becomes more complex, however, as a category of 'pure Malays' (‘Melayu Tulen’) emerges from the wider Malay stock with the migration of the lineage of Cyrus the Great (Zulkarnain yang Agung) whose ancestry can apparently be traced directly to Prophet Abraham.
While this pseudo-theory was presented as an important contribution to ‘scholarship’, it bears, alas, little trace of academic rigour. Contradictory theories are clumsily lumped together as ‘evidence’ to support three principal claims—that the ‘Malay race’ is ancient, populous and superior; that the Abrahamic religions (namely, Islam) are not external influences but an originary structure of ‘Malayness’; and that the greatness of the ‘Malay race’ has resulted in jealousy from foreigners, Chinese invasions, colonialism, and on-going plots to weaken and destroy Malay civilisation.

Indeed, the theory blatantly ignore decades of sound scientific and anthropological research on human variation and diversity that indicate that the whole category of ‘race’ as a classifier of human difference is ultimately a product of philosophical, political and colonial history, not, as it is still assumed in some circles, of real biological variation.

The idea of a Malay race was first proposed by the German anatomist and anthropologist, Johann Friedrich Blumenbach, who included ‘Malay’ in the 1795 taxonomy of the 5 major races in his highly-influential but long-denounced system of racial classification.

The concept was reinforced and elaborated by British colonial administrators of the likes of Sir Thomas Stamford Raffles and Sir Frank Swettenham, through their highly influential writings, and was inscribed as a legal category when the 1891 Straits Settlements census replaced the 48 ethnicities registered in the previous census into six major racial categories: Europeans, Americans, Malays and Other Natives of the  Archipelago, Chinese, Tamils and other Indians, and Other Races.

Today, however, the typology of ‘race’ is regarded as out-of-date in most parts of the world. This is not only because it has come to be considered increasingly politically-incorrect in a post-colonial world, but also because it is now recognised that there is, in fact, no scientific evidence that race based on unambiguous groupings with visible physical traits (skin-colour, hair texture, bone structure, etc.) is a natural category at all.

On the contrary, recent genetic research, including that conducted by the Human Genome Project, has shown that the concept of ‘race’ as a biological reality conceals the fact that human beings are 99.9% genetically identical, and that 94% of physical variation actually takes place within so-called racial groups.

In the social sciences, the discipline of anthropology has come a long way from its own colonial roots and the study of ‘native tribes’ and is now at the forefront of critiquing race and situating it in its historic context as a socially-constructed and politically-salient concept.

In 1998 the American Anthropological Association issued a ‘Statement on Race’, which declared:
“Race... evolved as a worldview, a body of prejudgments that distorts our ideas about human differences and group behavior. Racial beliefs constitute myths about the diversity in the human species and about the abilities and behavior of people homogenized into ‘racial’ categories. The myths fused behavior and physical features together in the public mind, impeding our comprehension of both biological variations and cultural behavior, implying that both are genetically determined… Scientists today find that reliance on such folk beliefs about human differences in research has led to countless errors.”

But neither scientific nor anthropological research seem to have been taken seriously in the development of Malaysia’s latest racial origin theory.

In place of credible evidence and rigorous academic analysis, what the so-called theory does possess are the workings of an origin myth, with its meta-narratives of the genealogical purity of a people who share a single traceable point of origin, both biologically and culturally.

The subtext of the narrative is a teleological message of a pre-destined return to the original state of glory, but one that will only be possible with a conscious striving to protect the ‘native race’ from external threats.

The rise of folk-scholarship and decline of academic integrity

In 1981, renowned Harvard evolutionary biologist Stephen Jay Gould published his now-classic book The Mismeasure of Man, critiquing scientific racism and the ways in which academics manipulated research to conform to particular ideological agendas, both consciously and unconsciously.

These are lessons worth learning in Malaysia. If anything, what the new ‘Malay race’ theory revealed is the rise of a new class of folk-scholars who are ready to deploy racialised historiographies in the service of a political hegemony that depends upon the reinforcement of racial difference and privileges.

Indeed, it reveals the degree to which academic institutions are motivated by particular political ideologies and the readiness to put research so thoroughly at the service of politics. One need only examine the institutional contexts within which the theories were generated to understand that they were both more political than academic.

‘Nam Tien’ was presented at a symposium entitled ‘Malay Leadership Crisis: Facing the Foreign Agenda’, discussing key ‘threats’ to Malays (identified as the Chinese invasion, Shia teachings, free trade agreements, Americanisation and Christianisation). In addition, the close political links of many of the university institutions involved in race/civilisational research to UMNO compromise their academic credibility.

The issue is not one that is limited to the ruling coalition, as the exact same concerns would apply to the opposition and any links they may have with academia. The issue here is the subsuming of academic freedom and integrity to political agendas, which is the biggest threat to the very principles of objectivity, neutrality and independence on which academia is founded. This in itself should be of concern to the Malaysian public, who, regardless of political views or affiliation, are entitled to expect that scholarship and academic institutions are impartial, credible and independent from political influence.

In a country as diverse and complex as Malaysia we need to find ways of moving beyond the problematic discourse of race that reduces people to one-dimensional racialised caricatures and forecloses the emergence of a civic sensibility and nationalism that is based on equality, respect for diversity of all kinds-- cultural, socio-economic, intellectual and even political.

Perhaps what is needed is a much more systematic public critique of race-thinking, its intellectual genealogy, its political beneficiaries, and the institutions that produce the power/knowledge that maintain the hegemony of racial discourse. Anthropology, precisely because of its reckoning with its own colonial and racialised history, has a lot to offer in the way of contributing to that critique, and, possibly, in finding ways of moving beyond it. - December 25, 2013.

* Lilianne Fan is an anthropologist and independent researcher on religion, race, nativism and political violence in Southeast Asia.