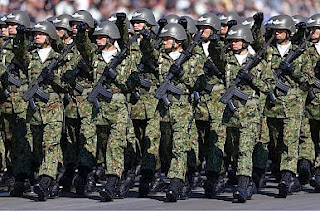 Both countries are trying to centralize security decision-making. Could this help avoid a clash? 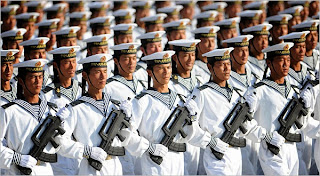 We often hear that China and Japan are inching ever closer towards a point of crisis. This may be so, although for two countries supposedly on a collision course they have developed quite a knack, it must be said, of not actually colliding. However, if Sino-Japanese relations should continue to deteriorate, as Beijing’s establishment of a controversial new Air Defense Identification Zone (ADIZ) last week suggests they might, then both China and Japan are at least improving their ability to plan and manage their responses.

Against this tense backdrop, it is hardly a coincidence that Beijing and Tokyo should have set up their versions of the National Security Council (NSCs) within a few weeks of one another (China’s version is actually called the State Security Committee (SSC), but it’s an NSC in spirit) – which is not to say that one government was simply trying to keep pace with the other. Instead, their actions reflect the rising stakes in East Asia: the likelihood of conflict (and social unrest, in China’s case) appears to be growing, even as the political and economic implications of a Chinese or Sino-Japanese security crisis become more serious.

So, in part, the advent of the two NSCs is about upgrading and refining security management in Beijing and Tokyo. The purpose of such a body is for the core leadership and key advisers to meet regularly – perhaps once a week – to formulate coherent security policies that can then be delivered quickly and clearly from the top down. Japan’s NSC and China’s SSC may also become the two governments’ key crisis-management committees, though in China’s case especially this remains to be seen. 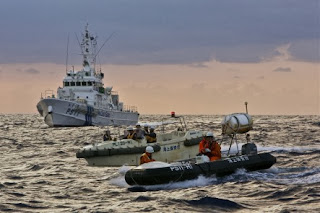 The U.S. NSC, on which Japan’s is modeled, is a crisis-management body as well as a top-level policy forum, and meets in the White House Situation Room to manage Washington’s crisis response as events unfold. The Japanese government has already said explicitly in its most recent Defence White Paper that the NSC will be “an environment capable of responding swiftly” to situations as they arise.

For China, things are less clear-cut. Rapid decision-making has always been a weakness of the Chinese system, and the SSC should in theory be the perfect tool to enable President Xi Jinping to slice through all the bureaucracy and internal politics. However, it is harder to see how major security decisions could be taken promptly by Xi and his SSC advisors without the Standing Committee and the Central Military Commission (CMC), and possibly other interested parties like the Foreign Affairs Leading Small Group (FALSG), also being consulted – unless the SSC truly signifies an entirely new way of doing business. Xi already chairs both the CMC and the FALSG, and is the ranking member of the Standing Committee, so it might be feasible.
Personality and Policy

What the two institutions do have in common is that they reveal leaders keen to put their own personal stamp on national security policy. For Xi, the long process of consolidating power continues. However the Chinese system comes to accommodate this latest innovation, the SSC appears to be a move away from government-by-consensus on security matters towards a more personalized, presidential-style executive process. In terms of domestic security, we have already seen the post of head of the Central Politics and Law Commission – or “security tsar” – downgraded from Standing Committee to Politburo level. This means that Xi now has no rival at the apex of the Chinese security state.

As for foreign policy, the move is also recognition of the need for much clearer channels of command. The unification of China’s various maritime agencies into a single Coast Guard earlier this year was an attempt to reduce the number of bureaucrats in the middle of the decision-making process for managing maritime disputes. In keeping with that, the SSC is an attempt to reduce the number of decision-makers at the top of the process. As those disputes become more frequent and more serious, Xi naturally wants to control what happens as best he can, and also to expedite his responses.

Shinzo Abe, meanwhile, sees it as his mission to make Japan serious about security again. The Japanese system has traditionally been poor at sharing intelligence, coordinating among ministries, and making prompt decisions. It was deliberately designed that way: security decisions were meant to be laborious and subject to high levels of parliamentary oversight. That postwar blueprint, Abe and others feel, no longer fits the modern context.

But Abe, just like Xi, also wants greater personal control over his country’s crisis responses, and he has told parliament quite clearly that the NSC will “strengthen the command functions of the prime minister’s office.”

As an advocate of “active” or “proactive” defense, Abe wants to give the armed forces greater leeway for action, and more dynamic capabilities with which to meet external threats. This notion of proactive also extends to the defense bureaucracy. Abe’s logic makes sense: there is little point in having flexible, rapidly deployable armed forces if the bureaucracy can’t make timely decisions about when and how to use them.

An assumed feature of the oncoming Sino-Japanese crisis we often hear about is its accidental nature. Neither country wants a war, but miscalculation or misadventure could start one anyway. Accepting that both Beijing and Tokyo are still planning to deter conflict rather than to cause it, better security policy and better crisis management should reduce the risk of mistakes being made or, if they are made, the risk of them spiraling out of control.

This is particularly important for China, whose foreign policy efforts have repeatedly been undermined by impromptu actions on the ground, such as the tracking of a Japanese aircraft by a Chinese naval vessel earlier this year, the ill-timed J-20 stealth fighter test flight of 2011, or the 2007 anti-satellite missile test and its avalanche of space debris. Communication between the PLA and the Ministry of Foreign Affairs has clearly been poor, and while this failing has not yet sparked conflict, it has damaged China’s regional reputation. If China’s SSC is to make a real difference, it needs to establish not only clear lines of sight between the committee and the problem they are trying to address, but also horizontal, as well as virtual, lines of communication between the actors who must collectively enact the committee’s policies.

There could be a political cost to establishing the SSC, since vested interests averse to information-sharing will need to adapt to new structures, and powerful figures not included in the committee may agitate for a say in important decisions, and slow those decisions down. However, the unification of the Coast Guard was a demonstration that Xi is willing to override such vested interests.

Abe must also pay a political cost, with critics already labeling the NSC another nail in the coffin of Japan’s pacifist constitution. His first challenge, naturally, is to stay in office long enough to realize his vision of a new Japanese security. Second, he needs to demonstrate that he can make Japan more secure, without making it more militaristic. If the Sino-Japanese collision remains nothing more than a writers’ prediction, then both Abe and Xi will be able to claim that their new committees helped to make it so.’The Diplomat’