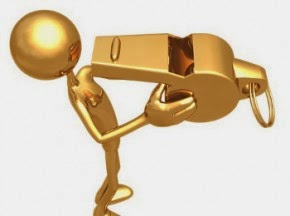 For Australia, creating a long-term relationship with Indonesia that serves Australia’s interests is just part of the broader task of coming to terms with the shift of wealth and power to Australia’s Asian neighbours, which is what makes this the ‘Asian century’

Following the handling of revelations that Australian spies tapped the phones of Indonesia’s president and his inner circle, Canberra’s links with Jakarta are in limbo. This is in no small part because of a tacit belief within its current leadership that Australia can dictate the terms of the Australia–Indonesia relationship to suit domestic political agendas and interests without taking account of Indonesia’s agendas and interests.

President Susilo Bambang Yudhoyono has said that full cooperation with Australia won’t be restored until a ‘code of conduct’ between Jakarta and Canberra has been agreed to and implemented. Little has been said in public about what he has in mind. It is hard to be optimistic that a new agreement of any kind would do much to help the management of this inherently complex relationship. After all, the last attempt to set the terms of the relationship—the Lombok Treaty of 2007—has done nothing to help manage the current problems.

But Australia faces the more immediate question of how long it will take to reach an agreement that will allow its relationship with Indonesia to get back to ‘normal’. For Jakarta the whole idea is to punish Canberra for collecting intelligence and for responding so ineptly to Jakarta’s concerns once the story leaked. Indonesia will thus seek sweeping undertakings from Australia both about future intelligence activities against Indonesia and perhaps more broadly about the management of the relationship, which will be intended to tie Canberra’s hands and in effect acknowledge its past wrongdoings.

Moreover Jakarta may well adopt a ‘take it or leave it’ negotiating posture. President Yudhoyono probably feels under no pressure to close a deal. One of the key lessons from the whole affair is that ructions in the relationship now worry Jakarta much less than they worry Canberra. Unlike Australian Prime Minister Tony Abbot, President Yudhoyono has never said that this relationship is Indonesia’s ‘most important overall’.

It will not be surprising if the Australian leader’s response to President Yudhoyono’s demands prove to be determined primarily by domestic political calculations. One must conclude from the tone of Prime Minister Abbott’s initial response.

(in the Australian Parliament) to Indonesia’s concerns that it was intended primarily to present an image to Australians of their prime minister as a staunch champion of Australian interests against foreigners, and nothing he has said since suggests a shift in priorities.

What then will shape the Australian government’s sense of the balance between domestic political advantage and conciliating Jakarta by agreeing to its code of conduct?

Some will hope that economic factors will weigh heavily in Prime Minister Abbott’s calculations. It seems that, in the short term, sensitive export markets like live cattle are at risk as the relationship drifts. Moreover the Australian prime minister has acknowledged that Indonesia’s economy will soon enough ‘dwarf’ Australia’s, suggesting that he should recognise major longer-term imperatives to build trade there as quickly as possible. But he also claims to believe that trade can be quarantined from political differences, so that current economic consequences may be too small, and future ones too distant, to affect the calculations much.

Stopping the boats is of course a different matter. It now seems clearer than ever that Prime Minister Abbott’s whole ‘Jakarta not Geneva’ approach to foreign policy was driven primarily by the domestic agenda on people-smuggling, and clearly in Jakarta they expect this to be their best pressure point. How well that works depends on what happens over the next few weeks. Boat arrivals and interceptions have fallen very sharply in recent weeks, but it is hard to say how much that has been the result of the new government’s policies, including the now-suspended deeper cooperation with Indonesia, and how much it results from former Prime Minister Kevin Rudd’s ‘PNG solution’. The more Rudd’s policies have caused the drop, the less effect Indonesia’s suspension of cooperation will have in driving the number of boats back up again, and the less pressure the Australian government will be under to sign up to Jakarta’s code of conduct. And that means the longer the limbo may last.

Of course eventually, one way or another, the current crisis will pass and the relationship will return to ‘normal’. But it will not be without cost or consequences. The inherent fragility in the relationship, so well described by President Yudhoyono himself in 2010 before the Australian Parliament , has been confirmed. Distrust has been deepened. The pattern of regular crises has been repeated. The goodwill of a pro-Australian Indonesian president has been squandered. The opportunity to start afresh, building the kind of relationship Australia needs with Indonesia as its wealth and power overtakes Australia’s, has been lost yet again, and time is running out.

Australia has had the same problem with Beijing, too. The Australian government’s recent comments about China’s East China Sea air defence identification zone presuppose that Australia can say whatever it wishes about issues in which China’s interests are engaged without consequences for its relations with Beijing. They are certainly wrong about that, too.

As long as old-world assumptions about an Anglosphere-led world order frame Australia’s view of its Asian neighbours—although they are not the only assumptions in the contest—Canberra will continue to find itself embroiled in more crises like those of recent weeks.