The Rape Threat for Women Travelers in Asia 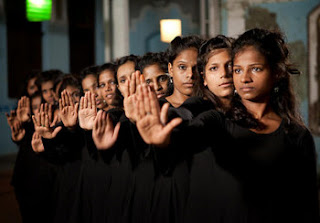 Bali is often thought of as a paradise on earth, but for one Australian woman, that oasis turned into a dark hell earlier this week. The woman was attacked and raped at knifepoint in the villa where she was staying with family.

This horror is a female traveler's nightmare, and unfortunately falls into a pattern of sexual violence that has occurred against female travelers in various parts of Asia. A high-profile case that occurred in Krabi, Thailand, in July 2012, highlighted the potential dangers for single female travelers. In that incident, a Dutch woman was raped by a local man and police made few moves to help her until the situation began to draw international attention.

India in particular has been drawing heat recently, due to a spate of highly-publicized rape cases. The gang rape and subsequent death of a 23-year-old female student in New Delhi sparked outrage all over the world. That furor had hardly died down before news broke about a Swiss tourist who was gang raped in a forest in Madhya Pradesh. A few days later a British woman was injured fleeing a sex attack in the tourist city of Agra. These horrors highlight something many former travelers to India complain about - the culture of sexual aggression against women.

One traveler who has spent extensive time in India and Thailand said that she noticed a radical difference between the time she spent in India with her boyfriend, and that which she spent traveling with a female friend.

Wishing to remain anonymous, she said: "The very first day I began traveling without my boyfriend, my breast was blatantly grabbed from a passerby on the sidewalk, who laughed in my face when I yelled in an attempt to lash out back at him. A security guard at a nearby hotel looked on and didn't make a move. I definitely noticed an increase in the ‘accidental touching' or groping that would occur in any overcrowded, public area."

According to the UK's Telegraph, India has seen a 35 percent decline in tourism numbers since the New Delhi rape. Amid increased public outcry over sexual violence - including two rapes of five-year-old girls in April, one of whom died in hospital this week - travelers are wary of visiting the country, which has developed a reputation for groping and aggression.

The Bangkok Post reported that women who may have been planning to venture to India are now seeing Thailand as a more viable vacation option, but travelers aren't always safe there, either. In addition to the Dutch tourist who was raped in Krabi, a young Scottish woman was allegedly raped by a Thai man after she was out drinking one night, while in early January three Thai men were arrested for the alleged rape of two Russian tourists in Pattaya. An Israeli tourist was also allegedly raped on her way home from a Full Moon party on Koh Phangan in October 2012.

It is important to note that the danger lies not only with local men but fellow foreigners as well. In February, a Dutch tourist was allegedly raped by three Danish men in Chiang Mai, one of whom she had been hanging out with at a bar earlier in the night.

The Thai police's treatment of foreign rape victims is notoriously poor. Convictions are hard to come by and many victims complain that their allegations are often met with scepticism and the inference that the assault was somehow their fault.

It's not coincidence that many of these incidents occur after late nights of drinking and partying, but to use that as an excuse for the rapists' behavior, as many often do, is cruel and misses the point entirely. The underlying issue is that rape occurs so frequently on a global scale, and that these rapists seemingly take no issue with forcing a woman to have sex against her will, or take advantage when she is not in a position to give her consent.

Heather Thompson, a 27-year-old teacher who has lived in Chiang Mai for two years and has visited Bali, said she feels safe in both places but regularly exercises the same caution she would at home in London. She acknowledged the rapes that had occurred in both places, but pointed out that these are the same dangers that exist in major cities.

"Having grown up in London, near areas where rapes, muggings and murders had taken place, Chiang Mai is a comparatively much safer environment," she said. "However, no place is free of crime. Locals warned me when I arrived of places and people to steer clear of, and I still use my streetwise attitude I have always used in London and take precautions like avoiding walking down dark [alleys] on my own, never leaving my drinks unattended and being wary of strangers."

Ruby Brayman, a 24-year-old traveler who has been backpacking through Southeast Asia, said she takes a measured approach to deciding where to visit and what to do once she is there. Brayman will travel to Bali this month, and said this week's rape incident will not change her plans.

"The recent rape does not make me hesitant about going to Bali, but it does remind me that I am vulnerable as a female traveling solo and I need to take some extra precautions," she said.

The debate about solo female travelers became particularly heated after an American woman was found dead in Turkey. Some commenters called women traveling alone "very reckless" and criticized women who chose to visit countries that are perceived as dangerous without a companion.

This inspired independent female travelers to band together to support safe but adventurous solo travel. For the past several months, a number of bloggers have participated in a weekly #WeGoSolo Twitter chat, in which anyone can ask questions or advice about safe travel as a woman.

The conversation is an important one, as it speaks to the worldwide issue of violence against women, and shows strength and solidarity are more likely to change the tide of this than opting to stay close to one's home country out of fear.

"Terrible things, such as this rape in Bali, happen all over the world," Brayman said. "As horrifying as that is, I don't want to be too afraid to explore it."

(Casey Hynes is a freelance journalist based in Asia. She has lived in South Korea, China and Thailand and travels throughout the region. She blogs for Asian Correspondent, where this originally appeared.)