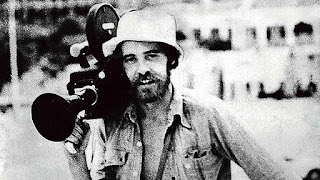 A war crimes investigation into the killing of five Australian journalists in East Timor appears in danger of stalling, with a key witness feared dead and investigators saying they are unable to obtain key information from overseas authorities.


For the past three years the Australian Federal Police has been investigating the killings of Gary Cunningham, Brian Peters, Malcolm Rennie, Gregory Shackleton and Anthony Stewart in the tiny village of Balibo in East Timor's south-west in 1975.

But from correspondence seen by Fairfax Media and information provided by Gary Cunningham's brother Greig, the investigation appears to be facing serious problems.

Gregory Shackleton, Malcolm Rennie, Anthony Stewart and Gary Cunningham.
Last month, the AFP wrote to the families of the men warning that officers were ''still seeking to access material from Timor Leste [East Timor] which may be relevant to the investigation''.

''The time frame for receiving this information is unknown and outside the control of the AFP and other Australian agencies,'' said the correspondence from Mick Turner, the AFP's national co-ordinator of special references.

The correspondence gravely concerned Mr Cunningham, who said he had heard a potential witness to the killings recently died.

''I believe the AFP officers are very genuine, but I can't believe that this is taking this long,'' he said.

Mr Cunningham said he had been told a 62-year-old East Timorese man who saw the journalists gunned down was reported to have died. ''They held a large funeral for him and apparently there was about 900 people there and they spoke about how he was a witness,'' said Mr Cunningham.
''Apparently, he was a stretcher bearer for Fretilin.

''He was only 62. It's like they are almost waiting for all the eyewitnesses to drop dead.''
Mr Cunningham called for all governments to work together to provide the information.
In 2007, NSW deputy state coroner Dorelle Pinch found the five men had been murdered by Indonesian special forces to cover up the invasion of East Timor.

Ms Pinch recommended then federal attorney-general Philip Ruddock take action. Mr Ruddock said the matter would be referred to the AFP, which happened in January 2008.

After the referral, the AFP said the investigation would be difficult, with witnesses and evidence overseas and considerable time having passed since the killings.

The AFP is to refer findings to the Commonwealth Director of Public Prosecutions if the investigation uncovers ''sufficient material'' to compile a brief of evidence of criminality or a real possibility of criminality.

Indonesia has denied the men were murdered and said they died in a crossfire during the battle to take the town.