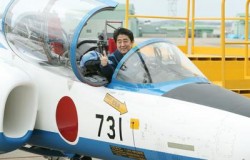 Japan’s Prime Minister Abe and the ruling LDP are capitalising on their popularity and the deterioration in Japan’s regional security environment to launch a reinvigorated campaign to amend the Japanese Constitution. In April 2012, the LDP released new draft proposals for revising the document, the most important legacy of the US Occupation of Japan.

Despite the Abe cabinet’s 65 per cent approval rating, the LDP does not necessarily speak for a national majority on the need for constitutional change, let alone for the nation as a whole. The draft proposals reflect its own version of desired constitutional reforms, while public opinion polls reveal a nation divided on the proposed changes as well as on the broader question of constitutional reform. A recent NHK poll revealed only 31 per cent supported the need to amend the constitution (NHK News 7, 14th May 2013).

At the same time, some aspects of the current campaign present a particularly strong challenge to the constitutional status quo.

First, Abe has taken aim at Article 96, which sets the legal requirements for amending the Constitution: a minimum two-thirds majority in both houses of the Diet and approval by a simple majority in a national referendum. These represent a high political hurdle — but no higher, relatively speaking, than in most other democracies with written constitutions — and may help to explain why the Japanese Constitution remains unamended since its 1947 enactment, although equally, it may indicate insufficient support for change. Abe wants to make amendment easier by lowering the bar to a simple majority of Diet members in both houses. The referendum stage would remain.

Second, if Abe is successful in amending Article 96 the LDP will be free to present its full draft of proposed constitutional amendments. The change longest in the making is the proposal to amend the Constitution’s ‘peace clause’, Article 9. The LDP wants to convert the Self-Defence Forces (SDF) into a National Defence Force, thus granting, at a minimum, constitutional recognition to what has been reality since the SDF Law was passed in 1954 — Japan’s possession of military forces.

The need to change Article 9 has been exaggerated. Article 9 places no constraints on the capacity of the SDF to defend Japan. Nor does it impose an insuperable barrier to Japan’s participating in collective defence. The latter requires a change in the interpretation of Article 9, and would be just another step in the process of ‘revision by reinterpretation’ that Article 9 has undergone over the years. The biggest constraint on Japan’s ability to defend itself is the parlous state of government finances, not the Constitution.

The price of formally amending Article 9 will be high, particularly in terms of Japan’s foreign relations. China and South Korea will ‘over-interpret’ the move as signifying a dramatic change in the status quo and the rise of a potential Japanese military threat. Moreover, Japan will no longer be able to lay a strong claim to being a ‘ peace state’, which has been an important source of its soft power. The proposal to revise Article 9 could, therefore, have a destabilising effect in the region and come at the cost of Japan’s international standing and soft power.

Third, other proposed changes in the LDP’s draft pose dangers to the liberal democracy the Constitution guarantees. Two particular changes stand out. The LDP’s draft adds a provision that prioritises ‘order’ and ‘the public good’ over ‘fundamental human rights’. For example, with respect to ‘freedom and rights’ (Article 12), the draft has added the provision, ‘[The people] must be aware that [freedom and rights] are accompanied by responsibility and obligations, and must not go against the public interest or public order at any time’. With respect to ‘freedom of assembly, association, speech, press and all other forms of expression’ (Article 21), the draft has added, ‘The conduct of activities aimed at harming the public interest or public order and associating with others for the same purpose are unacceptable’.

Human rights in Japan are not absolute but are already constrained by considerations of public order and safety. For example, there are public order limits on rights of demonstration and association written into Japanese law. So the point of this proposed change can only be to bring about a major shift in the current balance between state power and individual rights.

What the LDP draft is proposing is anti-liberal and potentially anti-democratic. Writing notions of public order and citizens’ obligations to the state into the Constitution has a highly conservative and statist (kokka shugi) flavour. Moreover, by arguing on cultural grounds for these changes — that concepts of universal human rights are ‘ill-suited for Japan’s traditional culture and values’ — Abe and his affiliates in the LDP are effectively saying that liberal democracy is incompatible with Japanese culture. This puts them closer to cultural traditionalists in China (and even the Taliban) in political ideology than to the United States and other liberal democracies.

The question is whether the majority of the Japanese people even realise and accept the true import of the changes that are being proposed. The voice of the ‘old left’ — the traditional protectors of the Constitution — has been drowned out by those in the ‘old’ and ‘new’ right parties who mainly appeal to voters on other issues.

If the proposed changes are successful, they will have been driven from the top down by Abe and his backers without any groundswell of public support. High approval ratings for the Abe cabinet are not for the prime minister’s constitutional reform agenda but for Abenomics, his short-term fix for the economy. He should not confuse the two.