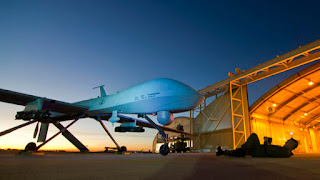 Islamabad/Washington/Brussels, 21 May 2013: Drone strikes alone will not eliminate the jihadi threat in Pakistan’s Federally Administered Tribal Areas (FATA). Extension of Pakistani law and full constitutional rights to the region is the only long-term solution.
In its latest report, Drones: Myths and Reality in Pakistan, the International Crisis Group examines the extensive CIA-led program of drone strikes in Pakistan. The report argues that the U.S. needs to be transparent about its drone policies and bring them in accord with legality and enhanced congressional oversight and judicial accountability, while Pakistan must live up to its responsibility for governance and security in FATA.
The report’s major findings and recommendations are:
“The core of any Pakistani counter-terrorism strategy in this area should be to incorporate FATA into the country’s legal and constitutional mainstream”, says Samina Ahmed, Crisis Group’s Senior Asia Adviser. “For Pakistan, the solution lies in overhauling an anachronistic governance system so as to establish fundamental constitutional rights and genuine political enfranchisement in FATA, along with a state apparatus capable of upholding the rule of law and bringing violent extremists to justice”.
PDF Report  http://www.crisisgroup.org/~/media/Files/asia/south-asia/pakistan/247-drones-myths-and-reality-in-pakistan?utm_source=pakistan-report&utm_medium=3&utm_campaign=mremail