The challenges of the ever-changing face of terror 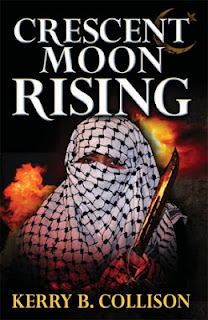 Read more http://kerrycollison.blogspot.com.au/
The recent drama revolving around the arrest and killing of suspected terrorists in Jakarta, Banten, Bandung, Kebumen, Kendal, Lampung and Batam suggest that Indonesia’s efforts to curb terror the threat are still facing serious challenges, which stem from violent groups as well as an imperfect approach to dealing with the issue.

Most members of these organizations have revealed that they all agree that militant jihad means justified use of violence against the enemies of Islam, but there is no solid agreement among themselves over when and how to use it.

This situation has created a free and chaotic interpretation of jihad for new recruits. Senior members are unable to control them let alone to stop them from realizing their deadly understanding of militant jihad or amaliyah.

The seniors may disagree with the violent factions, but they will never hand them over to the police. Often, those who are against militant jihad are taunted as qoidun, an Arabic term that implies they are NATO — “No Action Talk Only”.

Through natural selection, the more dedicated militant individuals often referred to as “naughty recruits”, successfully hijack the infrastructure of an organization to advance their cause.

They search for recruits through friendship, discipleship, kinship and worship. Mostly the recruitment method is bottom-up wherein recruits look for hardcore leaders.

For moral justification, they do not listen to clerics from the MUI, the Indonesian Ulema Council, but they shop for fatwas or edicts from radical clerics from the Middle East such as Al Maqdisi or the late Anwar Al Awlaki on YouTube.

Here, it is important to note that nobody watches YouTube or reads Inspire, al-Qaeda’s English language publication, and becomes a terrorist; these two media tend to sustain the commitment to militant jihad, rather than inspire it.

The phenomenon of “naughty recruits” can be traced back to the sectarian conflicts in Ambon and Poso in the late 1990s and early 2000s. Mainstream JI leaders had refused to send their recruits to help Muslims in those two areas.

However, “naughty recruits” like the two half-brothers Ali Imron and Ali Fauzi broke the bureaucratic role of JI by going to the conflict zones to put into practice their violent understanding of jihad and also recruited and trained hundreds of locals to follow their cause.

Among their recruits in Poso are today’s leaders of the Mujahidin Indonesia Timur, Santoso, Basri, who just escaped from Ampana prison, and bomb expert Upik Lawanga.

These days, new recruits, who mainly come from lower-income backgrounds like mechanics or vendors of meatball soup, chicken porridge, herbal medicines or T-shirts do not understand the abstract concept of jihad.

They just want fast and concrete implementation of it. I talked to some of them and learned that often their knowledge of religion is very superficial and there are other reasons than purely jihad such as personal fantasy, seeking adventure, purpose and even identity, especially if they do not have many things going on in their life.

Therefore, ideologues like Abubakar Ba’asyir and Aman Abdurrahman, who are now incarcerated in maximum security prison in Nusakambangan, play crucial roles in framing their understanding of jihad.

Through regular prison visits, these ideologues constantly spew extreme hatred toward Indonesia’s secular system, deeming it thoghut, and the US and its allies as the real terrorists. Even Ba’asyir bluntly told me in a recent jail interview that recruits must be ready to embark on a “revolution” like the Arab Spring.

Recruits fully understand that both Ba’asyir and Aman won’t be able to provide them with practical instructions for jihad and therefore look to individuals like Abu Umar who has a vast network of military trainers like Sabar, alias Autad Rawa, and access to weapons from Mindanao in the southern Philippines.

Importantly, Abu Umar still upholds the concept of fai, or taking the enemy’s property through bank robberies, as a practical strategy to finance their operations. Successful fai operators will gain wealth, respect and influence.

For this faction, i’dad or military training is a crucial element in implementing jihad. They will always find a target once they feel they are ready.

Their targets include attacking the Shiite community, Ahmadis, Christians, Buddhists, government officials and, of course, Westerners as they are seen to be oppressors of the Muslim world such as in Syria, Iraq, Afghanistan, Palestine and Yemen.

In the face of this ever changing face of terror, the authorities, however, have not taken as comprehensive an approach to the problem as they should.

Certainly, hundreds of terrorists have been apprehended or killed by the authorities, but arresting them alone is not sufficient. What the security authorities need are out-of-the-box types of initiatives to tackle this issue.

In their simplistic ways of thinking, such as “being radical” as a passageway to terrorism, in many cases the authorities infiltrate mosques simply to learn about what is being said by the imams leading prayers and by those attending, without a clear reason to suspect criminality.

For law enforcement to equate increased religiosity or radicalization with violence is not only a bad conclusion, but it can also damage the characteristic of society because being radical means rejecting the status quo, which, in some cases, pushes society forward. Radicalism is not the enemy, terrorism is. Noor Huda Ismail, Jakarta  founder and executive director at the Institute for International Peace Building.