AIDS in Asia: hopes and challenges 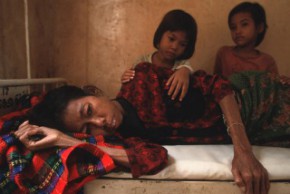 AIDS has already claimed as many as 30 million human lives worldwide. An estimated 34 million people, mostly adults of working age, are living with HIV, the virus that causes AIDS.

Despite this UNAIDS, the peak UN agency that coordinates AIDS control programs worldwide, optimistically affirmed in its 2012 Global Report that the epidemic has come under control in much of the world. Sub-Saharan Africa, the most affected region, has shown remarkable progress in reversing the trend in HIV infections and AIDS deaths. And in Asia, several countries have contained their epidemics well before they grew out of control. The turnaround presents the best hope in the fight against the AIDS epidemic. But is Asia able to maintain the momentum?

The epidemic gripped Asian countries much later than the Americas and sub-Saharan Africa. Until the early 2000s, the course of AIDS in Asia was uncertain. Some commentators believed that it was just a matter of time before the continent succumbed to a catastrophic epidemic. In a continent that accommodates the majority of the global population, including demographic billionaires China and India, even a small rise in the rate of HIV infections would result in millions of additional HIV carriers.

Fortunately, the epidemic remained well below even the modest levels predicted by careful epidemiological analyses. More recent analyses indicate that even countries like Thailand, Cambodia and Myanmar — which were thought to have the most severe epidemics, with HIV/AIDS prevalence of one per cent or higher in the adult population — are now believed to have a less severe infection rate than previously believed. In the past decade, HIV infections declined remarkably in these countries, as well as in India, Nepal, Papua New Guinea and Malaysia. The absence of widespread sexual networks in the general population was an important advantage. But more could have been done. Many of the infections occurred in the context of a lingering policy dilemma.

It took considerable time for many countries in the region to recognise the threat of the epidemic and institutionalise large-scale responses. Success stories, though at varying degrees, are emerging. The 100 per cent condom use program, pioneered in Thailand in the 1990s, played a decisive role in reducing the spread of HIV. This program aimed at enforcing condom use at every commercial sexual encounter in the country. Though some criticised this policy as coercive, it offered hope at a time of brewing panic and other Asian countries began to adapt it when they saw the results. Condom use was not the norm in the developing societies of Asia — some countries had in place successful family planning policies that boosted the use of other contraceptive methods to very high levels while underplaying condoms, which were used sparingly. AIDS prevention agencies had to work hard to make condoms acceptable among men visiting sex workers. Health systems were weak and AIDS programs in developing countries relied heavily on outside funding. But even in the face of these obstacles, some programs achieved great results.

The successful reversal of HIV infections and AIDS deaths in Cambodia through prevention and treatment programs, for example, demonstrates that with strong political will and international support it is possible to beat this devastating epidemic, even in poor societies.

The presence of multiple and often overlapping modes of transmission — such as male–female commercial sex, male–male sex and injecting drug use — makes AIDS epidemics especially challenging. Passing on contaminated blood is a very efficient mode of transmitting HIV. Drug users in Asia commonly share injecting equipment, so once HIV enters a network of drug injectors it quickly infects most members. This means that condom use programs alone are insufficient to prevent HIV in Asia, even in Thailand where a model condom policy evolved. A harm reduction approach to drug policy, which includes a needle-syringe exchange program as its core element, is necessary even if considered controversial. While this policy has worked successfully in advanced economies like Australia, authorities in Asia have found it difficult to accept, fearing that support for harm reduction may induce a further rise in illicit drug use. Evidence from small demonstration projects provided an argument to persuade sceptical policymakers, and in the 2000s some countries moved toward creating a more supportive legal and political environment. China, Indonesia, Malaysia and Vietnam have started to implement and scale-up harm reduction. These positive developments are promising.

While large-scale epidemics seem to have been averted, the region is far from safe. HIV is still a matter of concern in developing economies. Amid several success stories, the epidemic trended upward in countries such as Indonesia, the Philippines, Bangladesh and Sri Lanka. The virus survives on social fault lines: drug users, gay men, sex workers and their customers — AIDS concentrates on a vulnerable segment of the population. Its targets are not randomly assembled. They come from social groups such as labour migrants, transport workers, disaffected youth from dysfunctional families, and women from poor, broken families. An adverse environment has been created in these groups by low awareness about the virus, stigma and the lack of legal reform. This environment has allowed AIDS to survive and expand in Asia.

Antiretroviral therapy (ART), which lengthens healthy life and increases the employment prospects of HIV carriers, has recently emerged as an indispensable pillar of anti-HIV programs. The use of ART to prevent mother-to-child transmission started in the mid-1990s. A recent HIV Prevention Trials Network study demonstrated that ART can make an HIV carrier less contagious and reduce the risk of transmission to uninfected partners. But many low-income countries in this region are still far from the ideal goal of universal ART treatment. Although it has become the norm in developed economies, only an estimated 18 per cent of pregnant women who carry HIV in South and Southeast Asia receive ART.

AIDS is now less likely to make inroads into the wider population than at any time in the three-decade long history of the epidemic. Yet it is likely to remain a matter of concern in Asia for several years. The virus is transmitted among people connected to sex industries and drug markets, and encouraged by internal and external population mobility, including the flow of migrant labourers. Some vulnerable groups such as injecting drug users and gay men still have an unacceptably high risk of contracting HIV. Until there is a policy response comprehensive enough to eliminate stigma against HIV carriers and sustain itself against external funding shocks, the virus will continue to infect too many people in Asia.
Binod Nepal is an independent scholar.