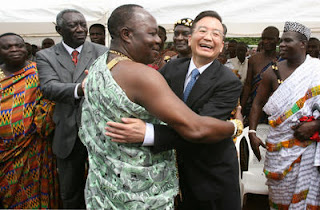 One of the most enduring aspects of the global system of international relations has been the divide in terms of power and wealth between the West and the developing world. The rise of China, which combines the features of a developing country with those of an emerging superpower, is affecting the West’s position in the developing world.

The main issue is whether or not liberal values will prevail, especially in the economic sphere.
Because in China the role of the state in the economy is larger than in the west, Chinese firms abroad potentially benefit more from home government support than their western counterparts do. The Chinese government has a broad set of tools to support China’s business interests abroad — adjusting of currency exchange rates to stimulate exports, providing cheap credit for business expansion, and assisting in the financing of overseas infrastructure projects carried out by Chinese firms.

Varying economic systems make a difference as far as foreign investment is concerned. In those countries where the host government intervenes in the economy, business-to-government contacts carry a greater weight than in less-regulated markets. In economies with an interventionist state, companies that are backed directly by a strong home government are at an advantage. Also, at the international level, countries with semi-free markets will not give much support to standards that address the competitive relationship between free market economies and state-controlled economies. So it is in the interest of western countries that developing countries move towards market economies.

Different political systems too affect foreign investment, though to a lesser degree than economic systems. In countries without a liberal democratic system, the degree of protection of foreign investors against political risks often depends on their relationship with the host government. Here again foreign companies that are directly backed by a powerful home government may have a competitive advantage over foreign investors that lack similar support.

The West and China take different positions on intervening in developing countries. The United States and other western countries have long promoted free markets and political liberalism in developing countries through the World Bank, the IMF and other western-dominated international organisations. But China’s position is that each developing country must be free to choose its own development path. So from the Chinese perspective, it is not desirable that multilateral organisations promote liberal values in the developing world. In China’s worldview political-economic diversity at the international level is a norm in international relations, and this challenges the western drive for ideological uniformity.

Chinese leaders have referred to this notion as ‘harmony with diversity’. Among other instances, the former premier Wen Jiabao did so in a speech he delivered at the Arab League in 2009. This concept works in two ways for China. Its most important function is to defend China against western interference. But it also signals to developing countries that China is not a threat and that it is different from the western powers, which try to export their ideology.

Though the concept of international diversity protects China from the West, Beijing’s support for this norm is not an opportunistic ad-hoc policy that China will abandon once it no longer feels threatened by the United States and its allies. First, China has a deeply rooted foreign policy tradition that lacks the urge to spread its own political-economic model. Second, maintaining diversity as a norm increases Chinese influence in the developing world while decreasing that of the West.

As China becomes more influential in the sphere of global governance, it is increasingly capable of promoting political-economic diversity as an international norm. It is likely that China will continue to block western initiatives aimed at promoting liberal democracy and economic liberalism. China might lend support to interventionist initiatives at multilateral forums, but only on an ad-hoc basis and in spite rather than because they could result in political change. Also, for pragmatic reasons, in particular instances China may favour host-country policies for a better investment climate that correspond with a liberal economic agenda.

China furthers its concept of ‘harmony with diversity’ in international organisations. In organisations such as the UN Security Council, the IMF and the World Bank, China is an increasingly influential member. At the same time, Beijing supports the creation of alternative organisations that challenge the western-dominated forums, such as the G20 and the BRICS development bank. It may be expected that the Chinese government will use its influence in all of these multilateral forums and organisations to make sure that these do not represent a specific ideology (such as liberalism) and that they discourage or even prevent countries from intervening in other countries in order to spread a particular ideology (again liberalism).

So China’s contribution to the shaping of the world order may be to ensure that this order allows for and protects the diversity of political-economic systems. The more China succeeds in making the institutions of global governance ideologically ‘neutral’, the more difficult it becomes for the West to export liberal democracy and economic liberalism to the developing world. This changes the competitive context in developing economies to the advantage of Chinese business interests.
Frans-Paul van der Putten is a senior research fellow at the Clingendael Institute, The Hague.
This contribution is based on an article in Global Policy 4(1), 2013.