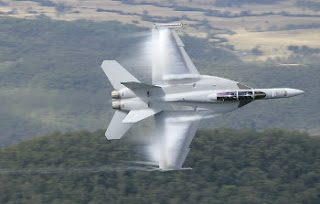 Australia's 2013 defense white paper, released to the public today, is a very paradoxical document. Although there were very few surprises in the purchases and future spending outlook, the spirit of the paper appears to signal the country's abandonment of its self-view as a "middle power" into what could be argued as "strategic withdrawal."

This is particularly evident, with defense spending expected to be as low as 1.5-2.0 percent of GDP over the coming decade.

The white paper doesn't choose between China and the US. This time around, Canberra has undertaken a much more realistic strategic assessment of China-US rivalry and Australia's position within this nexus. Australia has rhetorically dropped sides and stated that it accepts and encourages China's rise militarily within the region in line with its growth as an economic power. Australia, unlike the 2009 white paper under Prime Minister Kevin Rudd has not taken sides, and effectively through hardware acquisition and spending plans declared itself as an onlooker in the region. This is indeed a major shift in Australian defense policy.

This reiterates Australia's future reliance on security from 'soft power' options. The white paper hopes for a new status quo arising between China and the US, believing that there is actually lots of cooperation between the two powers in existence today which could lead to peaceful co-existence. However this could be seen as being too optimistic where the US is trying to maintain military primacy in the region and China is trying to assert its emerging status. Australia is betting on 'strategic cooperation' between the two, rather than 'strategic competition'.

The white paper leaves Australia with very little capability in Southeast Asia. It has chosen to do nothing to upgrade any regional capabilities, so will be able to do very little in any natural disasters, or political upheavals that could be a threat to Australia. The government is relying on the policy concepts outlined in the "Australia in the Asian Century" white paper to engage Asia through 'soft power' options, bilateral, and multilateral initiatives. However how effective Australia really is at engaging Asia through 'soft power' means is still a big question.

This comes at a time where the Indonesian President Susilo Bambang Yudhoyono just announced Indonesia's aspirations of building up military forces to be bigger and more modern than countries like Australia, Malaysia, and Singapore, potentially filling the regional military vacuum to the near North of Australia.

Instead Australia has opted to purchase 12 new Superhornet fighter planes with "Growler" technology that can knock out an enemy's communication and electronic capabilities, which will supplement existing fighter capabilities. With the purchase of 72 5th generation joint strike fighters, this makes for a good "budget defense" of the air-sea gap that separates Australia from Asia, along the lines of the old 'Fortress Australia Policy' under the Fraser Government back in 1976.

The submarine issue has been very contentious within the Australian defense establishment. According to the white paper, what Australia wants to do with its submarines is to either upgrade the existing Collins design, or create a completely new design. This is still very vague and indicates the defense establishment itself doesn't yet have the answers. Another question not answered is actually 'what the submarines will actually do?'

This paper could be seen as trying to achieve many objectives, where none are really adequately covered. Although it defines a new Australian defense-scape as the Indo-Pacific region and through rhetoric the paper is trying to hold onto an image as a 'middle power'; in reality it is signaling to the region, particularly Asean, that Australia will be no power at all.

The framers of the 2013 defense white paper probably had two objectives in mind. The first is coming to the recognition that China is important to Australia. This means placating China and making amends for the aggravating rhetoric of the 2009 defense white paper that occurred under the Rudd government, where China was painted as a threat. This will please China but will probably disappoint Washington, as the Australian white paper does nothing to support the US "Asian Pivot". Australia's symbolic contribution of 15 specialists in the Korean Foal Eagle exercises last month really shows the impotency of Australia's defense capabilities from any regional perspective.

The second objective was to avoid any higher financial commitment. The 2013 white paper shows that Treasury rules the roost in Canberra and the objective of fiscal restraint overrides any other policy issues in government.

It could be argued that by default, Australia is actually taking the New Zealand option of scaling down its defense forces in want of a threat. No frigates, but purchases of faster patrol boats, updated strike fighters with modern electronic attack measures, and stalled submarine decision, looks like strategic retreat.

The risk in this white paper is that the Gillard government is signaling to SE Asia that its interests aren't there anymore. Unfortunately, once again Australia has failed to debate the issues facing the nation and opted for a Band-Aid approach, which will severely weaken Australia's defense position. Australia's defense has now become one of the lowest priorities of government today.

However the 2013 white paper may be very short lived as Australian defense policy. Australia faces an election this coming September where opinion polls strongly indicate that the Gillard government will lose office. The federal opposition led by Tony Abbot has said that it plans to review Australia's defense needs and options once again. This leaves open the possibility that the whole process will be gone through again.

(Murray Hunter is an Australian academic teaching in a Malaysia university.)