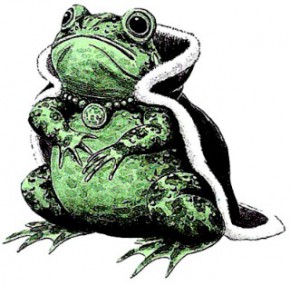 INEVITABLE, that must be the only apt expression for the crushing of the Sulu intrusion into Lahad Datu, Sabah. The Malaysian armed forces moved in, effected a military manoeuvre led by the Royal Malaysian Air Force to soften the target and the ground forces did what they are trained to do as a defensive force. It is unfortunate that the initial diplomacy and Putrajaya's glove treatment was viewed as cowardly by a rag-tag bunch of Sulu  terrorists, but a nonsensical notion on their part cannot breed anything other than lunacy. For, what on earth can persuade them to illegally penetrate the borders of a sovereign nation replete with a modern army and police and not expect retribution as powerful as has just been visited on them?
Indeed, the Malaysian leadership present and past has lamented the need for this demonstration of force on a group of Muslim brothers, nevertheless, the latter's secular politics overwhelmed their reason and the ummah became, to them, a vague hypothesis. They are Sulu first, and all else a mere consideration left on the back burner. As we pray for God to keep the souls of all our eight fallen heroes alike, the Sulu leadership remained adamantly intransigent bent on upholding a claim they relinquished to the British. Today, Sabah is an independent territory part of the Federation of Malaysia with its own cabinet, and this is the way the Sabahans wish to define themselves. That Sabah is rich in natural resources could be the reason driving the Sulu Sultan's delusional interests, with or without some egging on by vested interests. However, it is one completely unsupported by Malacanang Palace.
Neither Malaysia nor the Philippines had wanted a violent solution, and negotiations have been ongoing since the so-called Sulu army breached the Malaysian frontier. Even after they gunned down the first two policemen they were being asked to surrender. Their refusal left Manila without a leg to stand on and Putrajaya absolutely out of patience. When the Semporna ambush happened, no options other than the might of modern firepower was possible. There was a need by Malaysia to exert its authority over its territories and demonstrate its ability and readiness to act forcefully against aggressors; their being caught in a time warp notwithstanding. The Sultan of Sulu must bear the blame and consequences of this misadventure even if, as some has claimed, he was misled. To be easily led into a ruse is to suggest an unbecoming naiveté. More likely, there was good reason for him to accept the probability of what was on offer.