Fantasy of Disloyal Muslims in India 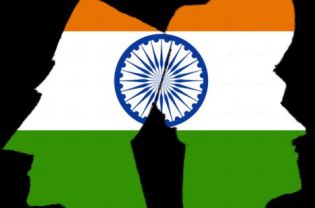 Indian Prime Minister Manmohan Singh is fond of boasting that not one of India’s almost 180 million Muslims has been discovered to be a member of Al-Qaeda.

He could underscore an even more remarkable fact: None of the foreign jihadists caught fighting alongside the Taliban has turned out to be from the country with the world’s third-largest Muslim population. Indeed, Indian Muslims haven’t bothered to lend even moral support to the anti-Indian insurgency in Muslim-majority Kashmir that has claimed more than 50,000 lives in the past two decades.

According to New York Times columnist Thomas Friedman, this is because Indian Muslims “are the product of and feel empowered by a democratic and pluralistic society.” A more prosaic and less ideological explanation is that Indian Muslims have many of their own problems to deal with, largely stemming from the swift decay of democracy and pluralism.

According to a 2012 book, “Muslims in Indian Cities: Trajectories of Marginalisation,” edited by Laurent Gayer and Christophe Jaffrelot, Muslims are as badly off, if not worse, socially and economically, than Dalits (formerly untouchable Hindus) and tribal peoples. Almost 40 percent of Muslims in urban centers live below the poverty line. They constitute almost 15 percent of the total population, but only 5.5 percent of the members of the Indian parliament are Muslims. Gayer and Jaffrelot note the astonishing fact that many of India’s biggest states do not have even one sitting Muslim representative in the Indian parliament.

Underrepresented in the judiciary, Muslims form a meager component of the police force. And that may be at least one reason for what is now a disturbingly common sport in an increasingly Hindu-nationalized India: blaming the Muslims (and locking up a whole lot of them).

All this seemed par for the course. Muslims are routinely picked up after terrorist attacks in India and often paraded before eager television journalists.

But there was a problem this time. The Muslims detained last month had been locked up before, after another bomb blast near one of the oldest mosques in Hyderabad, the Mecca Masjid, in 2007. While in prison, one of the accused ran into, in a bizarre twist of fate, the real perpetrator of the crime, a Hindu extremist, whose feelings of guilt pushed him into a full confession. The police case against the Muslims — an absurdist fiction, actually — began to collapse after that uncanny encounter.

New evidence came to light, showing how rapidly anti-Muslim Hindu terror networks, which included at least one serving army officer, had grown across the country, while the police and the media ballyhooed the mass arrests of various alleged Muslim terrorists. Finally, the Muslims accused in the Mecca Masjid attacks were acquitted by the courts, which slammed the police for extracting false confessions from them under torture.

An extensive investigation by the newsweekly Tehelka unearthed many such malign and bogus cases, revealing a countrywide pattern of what its editor, the novelist Tarun Tejpal, called “a chilling and systematic witch-hunt against innocent Muslims.”

Of course, not all Muslims like to see themselves as victims of majoritarian prejudice. Indeed, “Muslims in Indian Cities” challenges the popular stereotype of a stagnant and insular community in thrall to reactionary, self-serving leaders.

Muslims employed in the Gulf remit almost one-third of the $70 billion that India receives annually. A nascent entrepreneurial middle class is emerging in, among other places, Bhopal and Hyderabad. But they have to overcome great mental barriers in a mainstream culture largely inimical to them. It is not uncommon for Muslim neighborhoods to be popularly tagged as “mini- Pakistans,” or for even relatively affluent Muslims to be denied rented accommodation and school placements.

As Jaffrelot writes, “to alienate those who invested in education in order to be part of the brighter part of urban India may result in the making of ’reluctant fundamentalists,’ to use the title of a recent book.” Certainly, a demoralized people living on their nerves are prone to see violence and bigotry everywhere. Even one of India’s biggest film stars, Shah Rukh Khan, recently complained about being constantly “accused of bearing allegiance to our neighboring nation.”

Khan was immediately assailed by a storm of hostile criticism, including accusations of rank ingratitude. Pakistani politicians, blatantly unable or unwilling to protect their country’s minorities, cynically called upon the Indian government to ensure the safety of Indian Muslims.

Finally, a plainly nervous Khan backtracked with some sad Friedmanesque jauntiness: “We have an amazing democratic, free and secular way of life,” he said.

This is not quite reflected in his own workplace, Bollywood, whose films now depict Muslims as vicious anti-nationals and devious Fifth Columnists.

Muslims wondering about their place in India can’t be encouraged by the media’s recent outpouring of awe and admiration for the notorious Muslim-baiter Bal Thackeray, or its eager flattery of the Hindu nationalist prime-minister-in-waiting Narendra Modi, who is accused of complicity in the murder of more than 2,000 Muslims in 2002.

More alarmingly, the Supreme Court invoked an imagined community of victimized and angry Hindus when it confirmed the death sentence on Afzal Guru, a Kashmiri Muslim accused of logistical support to a terrorist assault on the Indian parliament in 2001. Guru had to die because, as the court put it, India’s “collective conscience” demanded it.

Last month, India secretly hanged Guru. His family wasn’t given a chance for a final meeting with him; his corpse was also denied to them, in violation of a fundamental Islamic custom of funeral prayers. Many Muslims, even the few who believe that Guru was given a fair trial, are likely to see the stealthy execution as “state vengeance against a co-religionist,” as the deputy editor of the newsmagazine Outlook wrote.

Some Muslims will also wonder why the sacrificial victim of India’s collective conscience was a Muslim, and not, say, former Indian Prime Minister Rajiv Gandhi’s Hindu assassins, who had been waiting on death row for much longer.

More than a month after the execution of Guru, most Kashmiris continue to suffer an intensified regime of arbitrary curfews and brutal crackdowns. Last week, two unidentified militants staged a suicide attack on an Indian paramilitary outpost in Srinagar, the biggest such assault in three years. Clashes between Kashmiri protesters and Indian security forces in recent weeks have also claimed several casualties. This surge in violence — and there is more to come — was rendered inevitable by Guru’s dishonorable execution following a dodgy trial, both hailed by a ratings-mad Indian media.

One can only hope that its squalid fantasy about traitorous Indian Muslims doesn’t prove to be self-fulfilling. For the radicalization of even a tiny fraction of 180 million Muslims would not only fatally undermine India’s increasingly unconvincing claims to democracy and secularism. The not-so-reluctant fundamentalists would make the country seem as ungovernable as its neighbor.